The Hanna family announced the 74-year-old's diagnosis in a letter shared on social media. 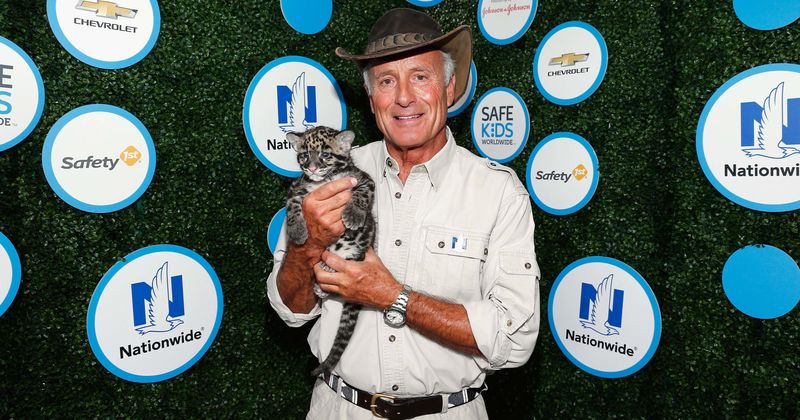 Jack Hanna, the director of Ohio's Columbus Zoo and Aquarium from 1978 to 1992, has been diagnosed with dementia, his family announced on Wednesday. The wildlife conservationist is now battling what is believed to be Alzheimer’s disease. “Jungle” Jack Hanna became the director of the Columbus Zoo in the late ’70s and rose to fame for his love of wild animals and would often appear on local TV programs. He was on Hanna’s Ark, which aired on the local CBS affiliate in Columbus, WBNS, from 1981 to 1983, reports Deadline.

📼 #FlashbackJack: Do you remember the name of Jack Hanna’s first TV show that aired on 10TV here in Central Ohio? He and his daughter Kathaleen co-starred – with regular appearances by his wife, Suzi, and younger daughters, Suzanne and Julie! pic.twitter.com/qrvGDpxCqB

“In 1983, I was invited to appear on Good Morning America in New York following the birth of baby twin gorillas at the Columbus Zoo,” wrote Hanna on his website. “I eagerly accepted the invitation knowing that this was a great opportunity to educate people across the nation about animals. I have been a regular guest and wildlife correspondent ever since.” Hanna has published 15 books as well, one being his autobiography, Monkeys on the Interstate, in 1989.  Over the years he has been part of frequent media appearances along with exotic animals on talk shows, including The Tonight Show Starring Johnny Carson, Good Morning America, Late Night with David Letterman, and Maury.

"Jungle Jack", as he's fondly known, has been married to Suzi Egli since 1968 and officially retired from his conservation work late last year. His daughters, Kathaleen, Suzanne, and Julie, announced their 74-year-old father's diagnosis in a letter shared on social media on Wednesday by the Columbus Zoo.  According to Good Morning America, they detailed his condition, which they said is "now believed to be Alzheimer's," has "progressed much faster in the last few months" than they expected.

We are grateful to Jack Hanna and his family for bravely sharing his dementia diagnosis, letting other families facing Alzheimer's and other dementia know they are not alone. For anyone needing resources, we are here 24/7: 800.272.3900. https://t.co/8doVwrkA5O

The letter continued: Sadly, Dad is no longer able to participate in public life as he used to, where people all over the world watched, learned and laughed alongside him. A passion for wildlife conservation and education has been at the core of who our dad is and everything he has accomplished with the help of so many. He has spent his life connecting people and wildlife, because he has always believed that having people see and experience animals is key to engaging them in more impactful conservation efforts. He’s always said, 'You have to touch the heart to teach the mind. Even though Dad is no longer able to travel and work in the same way, we know that his infectious enthusiasm has touched many hearts and will continue to be his legacy.

A letter from the Hanna Family pic.twitter.com/ewuNYa0ReG

"Our mom -- Suzi -- has been by his side for 53 years in every corner of the world," they wrote. "She continues to be his rock (and ours, too). We have great respect and admiration for Mom as we move through not only this difficult time with Dad, but also Julie’s continued life-long challenges from her childhood leukemia, as she is currently recovering from major surgery," they added. The sisters' asked for privacy for their family, which they noted "is ironic given Dad's love of interacting with people." Despite his condition, Hanna's daughters said his "great sense of humor continues to shine through" and jokingly confirmed that "yes -- he still wears his khakis at home."

The Columbus Zoo also issued a statement regarding Hanna's condition. They said they were "saddened" by news of Hanna's diagnosis and Julie's health complications. The zoo added that the Safari Golf Club, The Wilds, and Zoombezi Bay also support the Hanna family during this difficult time. "His legacy will be ever-present in our work as we continue to fulfill our organization's mission to lead and inspire by connecting people and wildlife," the zoo said of Jungle Jack.