The organization is investigating 450 cases of a severe lung illness nationwide, with 5 linked deaths so far. 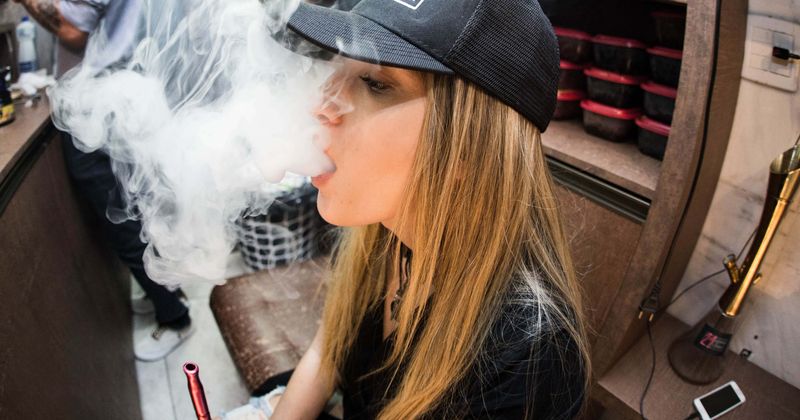 The Centers for Disease Control have advised people to stop using e-cigarettes and vapes as they investigate 450 cases of a severe lung illness reported across the nation, with 5 people dead. Three deaths from the illness were confirmed on Friday in Indiana, Minnesota, and California, following two previously reported deaths in Illinois and Oregon. In a media briefing on Friday, the CDC urged people to stop using e-cigarettes during the course of the investigation "While this investigation is ongoing, people should consider not using e-cigarette products," said Dr. Dana Meaney-Delman, incident manager of the CDC's response to the vaping-related lung injuries. "People who do use e-cigarette products should monitor themselves for symptoms, for example, cough, shortness of breath, chest pain, nausea and vomiting — and promptly seek medical attention for any health concerns."

.@CDCgov knows that people are concerned about pulmonary disease among those who use #ecigarettes. We are keeping the families of those affected in our thoughts & are working with @US_FDA & state partners to find out what is making people sick. #vaping

As of now, the exact cause of the illness is unclear. Many of the patients who have fallen ill reported use of cannabis-derived vaping products, and some had also used nicotine products. A smaller group reported using nicotine only, according to NPR. CDC told reporters that the "lung illnesses are likely associated with a chemical exposure," and no infectious causes of the disease have been identified. Delman stated, "CDC, states, and other partners are actively investigating, but so far, no definitive cause has been established. No specific e-cigarette device or substance has been linked to all cases, and e-cigarettes include a variety of chemical and additives; consumers may not know what these products contain. Based on the clinical and laboratory evidence to date, we believe that a chemical exposure is likely associated with these illnesses. However, and I really want to stress this, more information is needed to determine which specific products or substances are involved."

According to CNBC, New York officials reported earlier in the week that the presence of vitamin E acetate in the vaping products could possibly be linked to the illness, however, federal officials said on Friday that more information is needed to pinpoint a singular substance. The FDA is analyzing more than 120 samples for the presence of a broad range of substances, including nicotine, THC, other cannabinoids, cutting agents, opioids, toxins, and poisons. Mitch Zeller, director of the Food and Drug Administration’s Center for Tobacco Products, told CNBC that lab tests have yielded mixed results, and no single substance or compound has been universally found in all of the samples.

NEW: The number of possible cases of severe respiratory illnesses among people who vaped nicotine or cannabis-related products has more than doubled — to 450 — in 33 states, the CDC says.https://t.co/8leWMbPcJd

Patients in several cases experienced gradual symptoms, including breathing difficulty, shortness of breath and chest pain before being hospitalized. Some people reported vomiting and diarrhea or other symptoms such as fevers or fatigue. X-ray images from the patients appear similar to those of patients with viral pneumonia or acute respiratory distress syndrome, according to Dr. Dixie Harris, a pulmonologist with Intermountain Healthcare in Salt Lake City, who has treated 24 such cases in Utah. All of Harris's patients used vaping devices — some used nicotine, some used cannabinoids, and some used both, making it difficult to pinpoint a source for the illness.