Reverend Theodore Rothrock from Indiana was suspended and he issued an apology claiming he didn't want to hurt anyone's feelings. 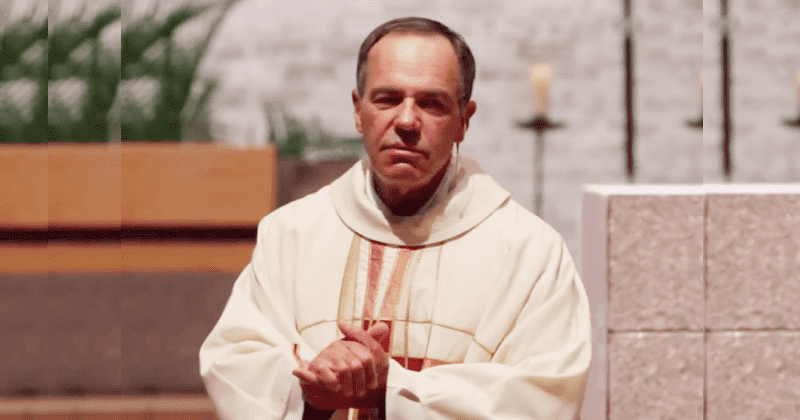 A Catholic priest from Indiana has been suspended from the public ministry by the Bishop for calling anti-racism protesters “maggots and parasites.” Reverend Theodore Rothrock from St. Elizabeth Seton Catholic Church in Carmel also referred to protesters as thieves and bandits. Rothrock made the comments as part of a weekly message on Sunday, June 28 while addressing the protests that broke out in the wake of George Floyd's death. "The only lives that matter is their own and the only power they seek is their own," wrote Rothrock wrote in his weekly message on Sunday, June 28, reported Indystar.

"They are wolves in wolves clothing, masked thieves and bandits, seeking only to devour the life of the poor and profit from the fear of others. They are maggots and parasites at best, feeding off the isolation of addiction and broken families, and offering to replace any current frustration and anxiety with more misery and greater resentment." It's interesting that a white priest is borrowing terms like parasites and maggots that are often used by fascist regimes to dehumanize minorities.

He also borrowed labels Trump reserved for Black Lives Matter protesters to target them. Rothrock called on the church to oppose Black Lives Matter and Antifa, and called on them to carry the "message of peace." "Black Lives Matter, Antifa, and the other nefarious acolytes of their persuasion are not the friends or allies we have been led to believe," wrote Rothrock. "They are serpents in the garden, seeking only to uproot and replant a new species of human-made in the likeness of man and not in the image of God." While Rothrock would like to believe Jesus is White, all evidence in the bible point to the contrary. When Jesus' family sought to hide, they went to Egypt hinting that he wasn't White. It's not new for different cultures to appropriate Gods to fit them into their narrative. Ethiopia has depicted Jesus as a Black man for more than 1,500 years.

He slammed protesters for destroying monuments and statues and asked if Frederick Douglass and Martin Luther King Jr. would have marched with them because of "alleged systematic racism." The stats compiled by The Washington Post clearly show that Black people have been killed at a disproportionate rate to White people, pointing to the prevalent issue of systemic racism. All of Rothrock's weekly messages were immediately taken down by the church, along with the staff contact page.

Bishop Timothy Doherty Wednesday announced that Reverend Theodore Rothrock was suspended after referring to Black Lives Matter protesters as parasites. "The Bishop expresses pastoral concern for the affected communities," said the Diocese of Lafayette-in-Indiana in a statement. "The suspension offers the Bishop an opportunity for pastoral discernment for the good of the diocese and for the good of Father Rothrock." Bishop Timothy Doherty from the Diocese of Lafayette-in-Indiana also confirmed that he hadn't approved the weekly message written by Reverend Theodore Rothrock. The newly-formed Carmel Against Racial Injustice group wants more than just a slap on the wrist for Reverend Theodore Rothrock and called for him to be removed.

"I expect Father Rothrock to issue a clarification about his intended message. I have not known him to depart from Church teaching in matters of doctrine and social justice," said Bishop Timothy Doherty. He also made it clear that the church supported peaceful protests. "Peaceful demonstrations in the streets are one way to elevate voices for fairness and justice. Not so the wanton destruction of property and violence," Doherty wrote. "I ask our priests, in particular, to include prayer intentions in all our upcoming Masses for an end to injustice and the poison of racism, so that our very lives will breathe justice and compassion."

Rothrock issued a non-apology: I am somewhat surprised that my recent article has received such extensive coverage and has aroused such interest and debate. It was not my intention to offend anyone, and I am sorry that my words have caused any hurt to anyone." Reverend Theodore Rothrock is set to take over as the missionary pastor at Our Lady of Mount Carmel. He was arrested for drunken driving and also charged with He later was charged with operating a vehicle with an Alcohol Concentration Equivalent of .08 or higher on one occasion.