Cat Who Was Caught Trying To Smuggle Heroin & Sim Cards Into Prison, Escapes

The cat is associated with a drug cartel of a local gangster named Angoda Lokka who fled to India two years ago. 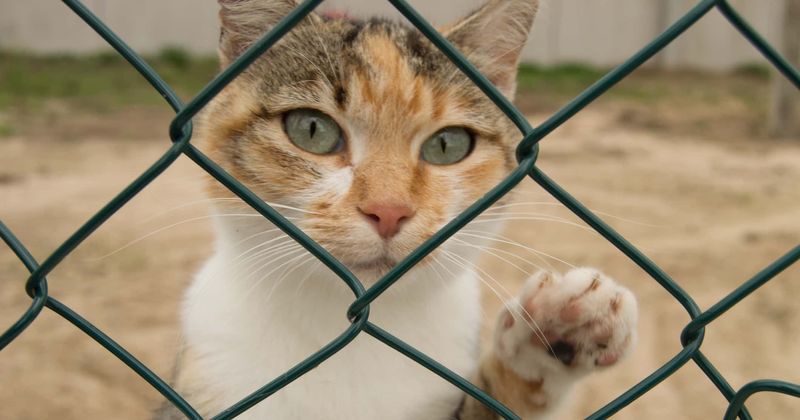 A cat, which was caught and detained by Sri Lankan police for transporting drugs and sim cards hidden in its collar into jail, has escaped from a high-security prison, media reports on Monday said. The fugitive feline belonged to a group associated with criminal and drug trafficker Angoda Lokka. Lokka is believed to have died last month. The news comes some days after an eagle, possibly also associated with Lokka's group, was caught trying to deliver drugs into prison.

According to a local report in Adaderana, the cat was captured from the Welikada Magazine Prison in Colombo on Saturday. On further examination, the officers found 1.7g of heroin, two Sim cards, and a memory chip from a miniature pouch found in the collar of the cat. Police had acted on information received by the intelligence officers attached to the prison.

BREAKING: A cat that was detained at Sri Lanka’s high-security Welikada Prison on suspicion of smuggling drugs to inmates has escaped, according to local media reportshttps://t.co/RcVMU6KUg9

A Daily Beast report stated the police suspect the cat must have been trained by its drug trafficker handlers, who are part of the same cartel that trained the eagle to smuggle drugs. The report also stated that the police hoped the cat would lead them to the smugglers’ den. The cat was reportedly found missing when prison guards came to feed it. It had apparently scampered out of its holding room and made its escape through a fence. There are no known rules in the country with regard to animal arrest. The police are no longer on the hunt for the cat. According to the prison authorities, cases of attempts to smuggle drugs, cellphones, and chargers into the prison had increased in recent weeks, possibly to be used as part of a hidden prison transaction system.

First came the Eagle, and now a cat – Traffickers use Narco-Cat to send heroin to prison https://t.co/I2aOSQsxb1 pic.twitter.com/JJDnp4myPo

🦅 Police have seized an eagle suspected to be used by "Angoda Lokka" in his drug trafficking operations in Athurugiriya; one suspect arrested : Police#lka #SriLanka #News1st pic.twitter.com/tvzEubI8gp

According to a Newsfirst report, police had raided a farm and found a menagerie of animals believed to associated with the drug kingpin's cartel. It was also speculated that this was the place where the cat and the eagle had been trained to undertake their devious missions. Their suspicion gained strength when they found the same eagle that had been earlier used for drug delivery. Additionally, an air-rifle and 10 bullets were also found. The owner of the farm and another person -  aged 19 and 30 -  were arrested and handed over to the Athurugiriya Police, who are conducting an investigation into the matter. According to a New Indian Express report,  Lokka was hiding in the neighboring country of India. He had been staying in the city of Coimbatore in the Southern state of Tamil Nadu for two years.

These guys were trying to outsmart the Cats. lol pic.twitter.com/Ms70T535YT

He died on July 3 from a heart attack. His body was cremated in the neighboring city of Madurai by a man and two women - one of whom was a Sri Lankan citizen. They have been arrested and booked under various sections of the Indian Penal Code and are in judicial custody. Lokka apparently lived under the false identity of R Pradeep Singh with the help of forged documents and papers.

Based on intelligence from Sri Lankan police, they approached the Tamil Nadu state police to probe the matter further. Lokka's records with the forged identity were dug up and R Pradeep Singh was found to actually be Lokka. Sri Lankan intelligence reports have alleged Lokka had been poisoned early in July. One of Lokka's sisters watched his funeral over video streaming.

Lokka, whose real name was Maddumage Chandana Lasantha Perera, was running a food business while in India. He had been living with his girlfriend named Amani Thanji, who is also a Sri Lankan citizen and had come to India in March to live with him.