trending celebrity people lifestyle news animals
Elvira, the 'Mistress Of The Dark,' Reveals She Has Been In A 19-Year Relationship With A Woman

Elvira, the 'Mistress Of The Dark,' Reveals She Has Been In A 19-Year Relationship With A Woman

Cassandra Peterson says she identifies as a member of the LGBTQ+ community in her new autobiography, Yours Cruelly, Elvira. 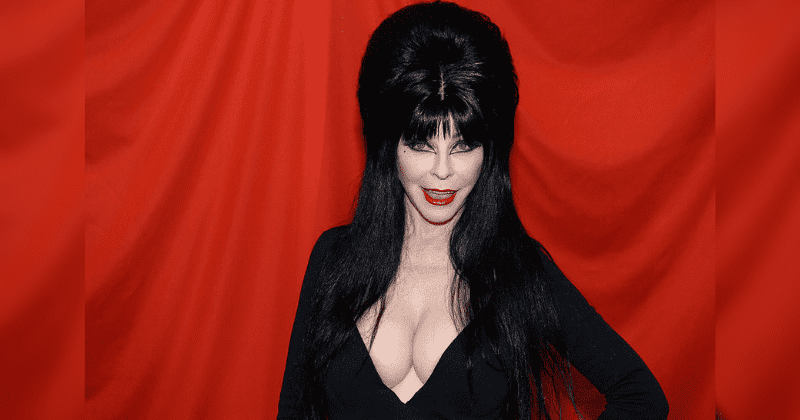 Cassandra Peterson, who is known for her portrayal of the horror hostess character Elvira, has shared some facts about her personal life, saying she identifies as a member of the LGBTQ+ community. Also known as the "Mistress of the Dark," Peterson shared details of her love story in her new autobiography, Yours Cruelly, Elvira. According to CNN, the 70-years-old recalled a time when she had become a new mother decades ago. She was at the Gold's Gym in Hollywood trying to get back into her pre-baby shape when "I couldn't help noticing one particular trainer, tan, tattooed, and muscular, stalking across the gym floor, knit cap pulled so low over his long brown hair that it nearly covered his eyes."

Elvira's description of her personal trainer girlfriend is the hottest thing I have read all day pic.twitter.com/zCm8AEheri

Continuing the description of this person's aura, she wrote, "Dark and brooding, he gave off such intense energy that when he crossed the enormous gym floor, the waters parted and people stopped in their tracks to stare. A typical sexy bad boy, he was unaware he was so charismatic that he garnered his own unofficial fan club." But as it turned out, the "sexy bad boy" was actually someone named Teresa "T" Wierson and Peterson only realized that following an encounter in the ladies room one day. Eventually, they struck up a friendship, while Peterson was still married to her manager, Mark Pierson. Soon the actress realized that she had fallen for Wierson, who also reciprocated her feelings. Their friendship took a romantic turn after the star parted ways with her husband of 25 years, with whom she shared a son.

Wierson, who had just gotten out of a relationship and rehab, had no where to go and had arrived at her doorstep. "There on the doorstep stood my trainer, T, holding a trash bag full of her belongings, looking sad and bedraggled. She’d split from her longtime partner, spent some time in rehab, and now had no place to go," explained Peterson. So, the Halloween icon offered her to move into her home along with her and her son. Soon they began taking care of each other and then one night, while they were out to see a movie, surprisingly felt a sudden desire to kiss Wierson. "I think I was even more surprised. What the hell was I doing?" she said, according to WROR.

"I'd never been interested in women as anything other than friends. I felt so confused," wrote Peterson. "This just wasn't me! I was stunned that I'd been friends with her for so many years and never noticed our chemistry. I soon discovered that we connected sexually in a way I’d never experienced." Today, 19 years later, the pair is still going strong. But it wasn't until now that Peterson finally opened up about an essential part of her identity. She feared that going public with her relationship would end up destroying her brand as Elvira was all about being a sexy temptress for men. Thus, Wierson became her assistance to keep the nature of their relationship under wraps.

"Would my fans hate me for not being what they expected me to be?" she asked. "I'm very aware that there will be some who will be disappointed and maybe even angry, but I have to live with myself, and at this point in my life, I've got to be truthful about who I am," she explained. Despite the doubts, Peterson revealed that she's never been happier. "For the first time in my life I'm with someone who makes me feel safe, blessed, and truly loved."

Cassandra Peterson — best known to the world as #Elvira, Mistress of the Dark — has revealed her 19-year relationship with another woman in her new memoir. @TheRealElvira https://t.co/Qcok0ZkFU7