trending celebrity people lifestyle news animals
Can You Spot The Leopard Hiding In This Picture? Only A Very Few People Have Done It

Can You Spot The Leopard Hiding In This Picture? Only A Very Few People Have Done It

While it took us more than a few minutes, this is one deceptive leopard alright! 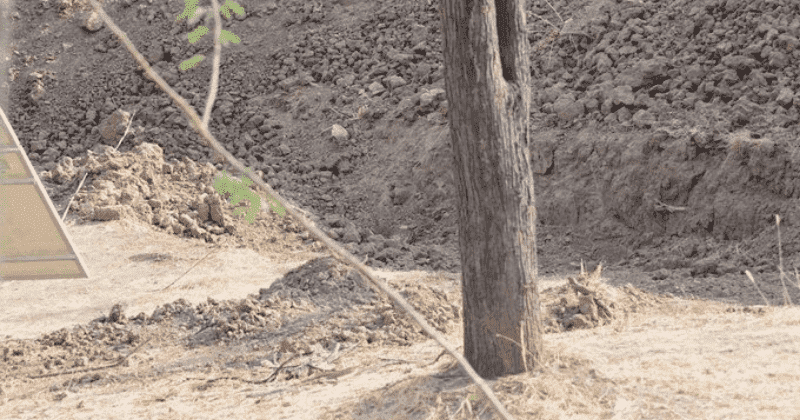 Nature and all its wonderful creations are full of mystery and we find this evident in both the plant and animal kingdoms. One of the more special abilities of several animals is their capacity to blend in with their environment through years of adaptive evolution. Some animals, like chameleons, are capable of changing their skin color entirely, and even mammals like the tiger or the leopard are known to use their surroundings as a camouflage.

In a recent viral picture that was posted on Twitter, we see a fine example of this evolutionary advantage. The image was circulating on the internet asking people to spot a leopard that was camouflaged so perfectly in a jagged, dusty outdoor area. The big cat has positioned itself so brilliantly that it is one with the surroundings without even having to change its skin. Take a look at the picture for yourself and see if you can spot it—this is one deceptive leopard alright!

Someone just sent this to me and asked me to find the leopard. I was convinced it was a joke... until I found the leopard. Can you spot it? pic.twitter.com/hm8ASroFAo

So you can see that this is a real puzzle in itself. The mind-bending image went viral after it was posted by Bella Lack, a 16-year-old youth director, who said that she had received the picture from a friend. She said that the original photo was taken by Hemant Dabi and admitted that she first thought it was just some sort of a prank, but quickly realized that it was a ridiculously challenging image after actually spotting the animal hidden in it.

Trust me, there's leopard in the picture, the more you see the less you know, take a deep breath, use your inner view, off you go

When you decide to try it out for yourself don't be surprised if you take a while to figure it out. Upon first glance, you'll see that it's a regular picture of a dirt ditch but there is actually a big cat looking straight at the photographer. The skin and spots on the leopard have blended perfectly with the surroundings and make it near impossible to spot. Lack wrote, "Someone just sent this to me and asked me to find the leopard. I was convinced it was a joke... until I found the leopard. Can you spot it?"

No, sorry I can't find it, nor on the other two, must be something wrong with my brain ( there is ), ta anyway !

After other users on Twitter started checking out this photo, it caused quite a stir with people desperate to spot the big cat. No doubt all the 'Where's Waldo' fans would be super excited about a challenge like this. While some users went on to say that there is no leopard in the picture at all. One person said, " Found the first one for sure, and I think I found the second one - it is the head only?" A second user added, "I think it’s peering down over the bank under the four small trees - directly under the third trunk from the left. A third one quipped, "nope still can't see it."

... need to zoom in .. but in the real would that would mean you are dinner

In any case, if you are having trouble spotting the leopard yourself, we have attached the picture below to show you where it's hiding. Those who figure it out by themselves are really sharp-eyed and ought to congratulate yourself.

On a more somber note, after all the fun behind the game was done, people pointed out some hard facts about the future of leopards. One user said: "Unfortunately in a few year's time people won't be able to play this game as there won't be any Leopards to spot!" Research conducted in 2016 indicated that leopards have lost 75% of their historical habitat over the last 2-3 centuries. Andrew Jacobson, a conservationist at the Zoological Society of London and lead author of the study said, "We found the leopard had lost 75 percent of its historical habitat, we were blown away by that, it was much more than we feared."