Scott Perry and his cat Olivia's non-legally binding wedding is scheduled for May 23. 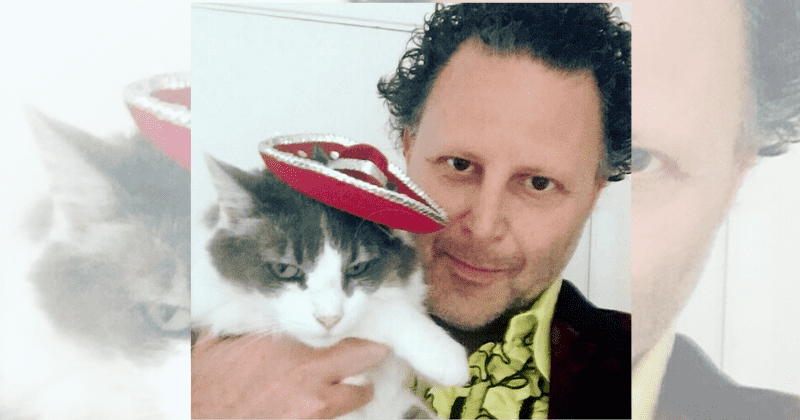 Scott Perry and his former girlfriend adopted a cat named Collette in 2015 from the Best Friends Animal Society in Los Angeles and renamed her Olivia. The cat was shy and would rarely come out of her shell. A few years down the line, Perry's girlfriend moved out and moved on but Olivia remained and she began to grow more fond of Perry. The two got closer during the two-month lockdown and Perry decided to pop the question to Olivia. The non-legally binding marriage which will be held on May 23 is aimed at raising funds for the shelter from where Olivia was adopted. A few days before Perry broke up with his girlfriend, Olivia was nowhere to be found. "I don’t know why Olivia pulled the disappearing act, but within days of my girlfriend leaving the next year, Olivia emerged from her shell and has not left my side ever since!" Perry said in a release according to People.

Speaking about the time he proposed to Olivia, Perry added that the cat was on the porch and he decided to show his appreciation to her for being there. Perry said she responded with a "Meow!" which he took as a "Yes!" There is a website featuring the wedding preparation where people can also find a registry. They can donate an amount of their choice there and Perry and Olivia hope to raise at least $5000 for the shelter which brought them together in the first place. They have also appealed to people to donate to their respective shelters at a time of crisis like now. "It was love at first sight! Well, sorta -- Olivia hopped right into my girlfriend's lap and right into our hearts! And then she hid under the bed for months," the website mentions.

It added, "The girlfriend moved on but Olivia stayed, and as time went on, Olivia became less and less shy. Fast forward five years, and Olivia is more than happy to speak her mind, to wake me up to feed her and pet her in the early mornings, to let her out on the front porch for brushes in the sun and napping on the lounger, for evening biscuits on my tummy while I watch TV, and lots of treats and play time in between. With the two of us locked down for the crisis, we decided to take the leap and make it official, by offering the world a bright spot to all the bad news out there and to raise money for the very place we met, Best Friends Animal Society NKLA." Perry and Olivia's wedding on the afternoon of May 23, will be streamed on Perry’s Instagram Live (@scottperry) for everyone to attend.

Perry added in the release, "My kitty has helped me stay sane during this lockdown. Pets allow us to have a warm, positive interaction with another living creature while we have to maintain distance from others. And I am sure that our furry friends have helped millions of others cope with this situation worldwide. The impact of the work that shelters have done is immeasurable. They provide safety to animals and happiness to families throughout the year, especially when we are smack dab in the middle of kitten season. I challenge everyone to donate and adopt from local shelters, and commit to their pet on May 23."

Perry got a lot of kudos for his innovative fundraising act and messages congratulating him for the gesture. Jay Gilbert wrote: I’m giving, for no other reason than to celebrate the fact that he’s no longer going to be living in sin. #lovewins