trending celebrity people lifestyle news animals
California Man Dies In Custody After He Was Found Biting His Own Arm: "He's Eating Himself"

California Man Dies In Custody After He Was Found Biting His Own Arm: "He's Eating Himself"

Police responded to a domestic disturbance claim and found the man eating chunks of his own arm and spitting them on the ground. 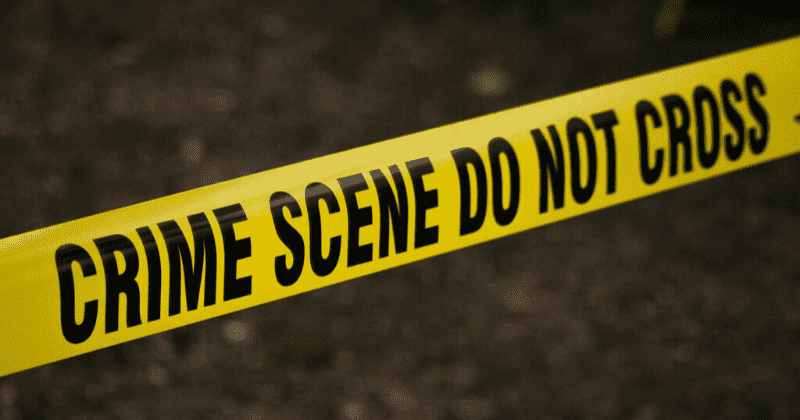 In a disturbing story, a man from Redding, California, who was caught on video biting pieces of his arms and spitting flesh onto the ground, has died in police custody on Tuesday. Police were alerted of a "possible domestic disturbance" call after a 911 call informed them of a woman screaming at a nearby motel. The call began at 1:09 a.m. to which police responded soon after, reports Sacramento Bee. In a Facebook post narrating the incident, Redding PD said that officers arrived at Americana Modern Motel at 1241 Market Street and located a "heavyset white male adult, in excess of 400 lbs." standing on the outside of the balcony of the second floor. The man was reportedly bleeding from his arm and had taken both his pants and underwear off. After the police communicated with the subject, he decided to come down the stairs to meet them at the parking lot. "The subject feigned a charge at the officers, retreated, and began biting his own arm, tearing into his skin, and spitting chunks of flesh on the ground," the statement said.

The police alleged that the suspect wouldn't comply with their verbal commands and resisted the officer's attempts to detain him. They then had to employ physical control holds, deploy a taser, use a less-lethal bag round, police K9 unit, and baton strikes to hold him down. The person who made the video call also recorded the police interaction, in which they went on to say: "Oh my God! He's eating himself." The video shows the man attempt to release himself as at least five police officers issue commands and attempt to have him restrained. One of the officers kicks him in the back to push him down to the ground while another officer uses his knee to strike him in the side. Meanwhile, one more strikes him with a baton.

After considerable struggle, the suspect was handcuffed and paramedics arrived moments to administer medical aid. The police said that the man was alert and communicating with paramedics at the scene. He was then transported to a local hospital at 1:43 a.m. but died 32 minutes later because of “medical difficulties.” Police found no trace of a woman in his room and said they suspected there was never a woman in there. The search, however, saw the police locate various drugs including methamphetamine, acid, cocaine, and other prescription drugs, along with a bloodstained knife.

As the suspect died while in police custody, all five officers were put on paid administrative leave in accordance with the Shasta County Critical Incident Protocol. The Shasta County Sheriff’s Office was then assigned to take over as the lead agency during this investigation. An autopsy has been scheduled to determine other missing details pertaining to the case. People who viewed the disturbing and chilling video on Facebook praised the police officers for stepping up and making sure no further harm was done. Steve Frese wrote: Good job RPD! I believe in my heart that the majority of the men & women of the RPD are good people doing a sometimes "thankless" job. Thanks for puttin it on the line for the citizens of Redding, CA. Tracy Kelley wrote: What a nightmare! How is a cop supposed to ever forget something like that...I am so sorry for you all...God, this hurts...

In a similar instance of cannibalism, this time from Richmond, California, a man was found eating the body of his lifeless 90-year-old grandmother, Ruby Wallick. On Monday afternoon, cops responded to a 911 call from the 1200 block of Club Court in Richmond, a quiet residential area near the Hilltop Plaza. According to Head Topics, the woman's daughter "found her mother bleeding on the family room floor and her nephew in the room covered in blood." When officers' arrived, they found the 37-year-old man "straddling his grandmother and actively pulling out her flesh with his hands," Richmond Police spokesman Sgt. Aaron Pomeroy said. The man was identified as 37-year-old Dwayne Wallick, the dead woman's grandson.