The white people accused Khoa Lam of taking pictures and videos of the neighbors when he was FaceTiming his wife. 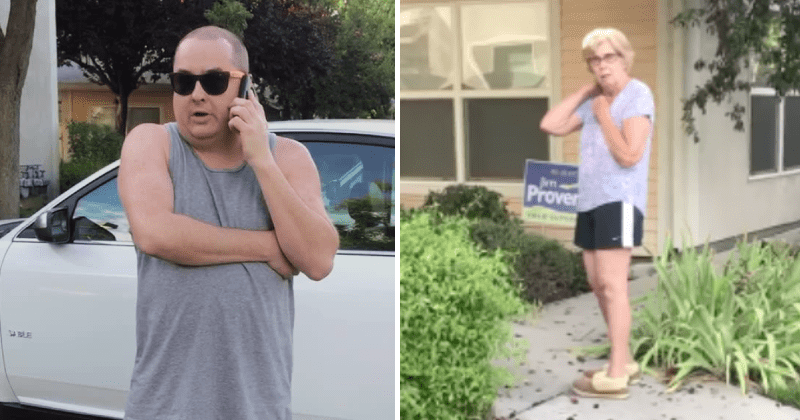 Khoa Lam, an Asian American man was visiting his parents in California, when a couple of entitled white people started questioning his motives and asked if he "belonged" to the area. Ken and Karen ended up calling the cops on him after he refused to reveal any details about himself. Lam, who's a doctor, noticed a white woman following him as he was FaceTiming his wife. She then confronted him and asked what he was doing there. She told him he did not belong there and told him to leave. Lam started filming the white woman. Karen suddenly retreated and walked back to her home but told him she was calling the cops on him, reported Comicsands.

Lam wrote about the episode on Facebook. "I stood outside of her door, asking her to call the cops. Not a peep from her, after she closed the door. I asked twice. Well, if she really was just a friendly neighborhood watchdog, she should have stopped after she learned that I was visiting family. Still threatened to call the cops on me, then why leave when she realized she was on camera? I was holding a phone, not a gun," wrote Lam.

It looked like the interaction had ended there but later in the day, when Lam stepped out and was texting a friend, a white man walked up to him. "This guy approached me when I was texting and said his neighbor had called him, stating I was recording and taking photos of people’s houses and cars. He said that he felt threatened, while I was standing calmly in front of him with my phone out. I was still busy texting my friends when he approached, so no reason for him to blatantly accuse me of suspicious activities, regardless of what his neighbor had told him," wrote Lam.

Ken then proceeded to call the cops as Lam stood there filming him. While Lam doesn't even take a step towards the man or threatens him in any manner, he tells the cops he's feeling unsafe and reiterates claims that he was taking pictures of the neighborhood. The police visited and blamed Lam for making them feel unsafe. Two police officers came and talked to me at the parking lot. My parents came out for validation purposes and support. I explained to them what happened," wrote Lam, before adding that the officers had "felt compelled to lecture me on perspective" and told him that Ken had called the cops only because he "didn't know what to do because I had repeatedly asked him to call the cops".

Lam was stunned that the cops were pinning the blame on him for making Ken and Karen feel unsafe. Lam wanted to talk to them in front of the cops but the cops said they felt unsafe to meet him again. "Officer (then) told me that if I were to confront those people later tonight and they ended up calling the cops again, 'it's not going to be...' I said, 'What? Not going to be what? Not going to be pretty?' She then accused me of putting words in her mouth," wrote Lam.

He then urged followers to not harass "these individuals (in any form) in the lens of social justice. That would be the exact opposite of my goals in bringing up this incident. I just hope this serves as a learning opportunity for all parties involved, including myself. And as a social message for the rest of us to be more culturally and politically aware and appropriate, so that in the near future, we can all coexist in harmony," concluded Lam.