70-Year-Old Caitlyn Jenner Now Wants To Become A Mother And Have Children With Girlfriend, Says Report

The former 'Keeping Up With The Kardashians' star reportedly plans to take on motherhood with her partner Sophia and is consulting daughter Kim about surrogacy. 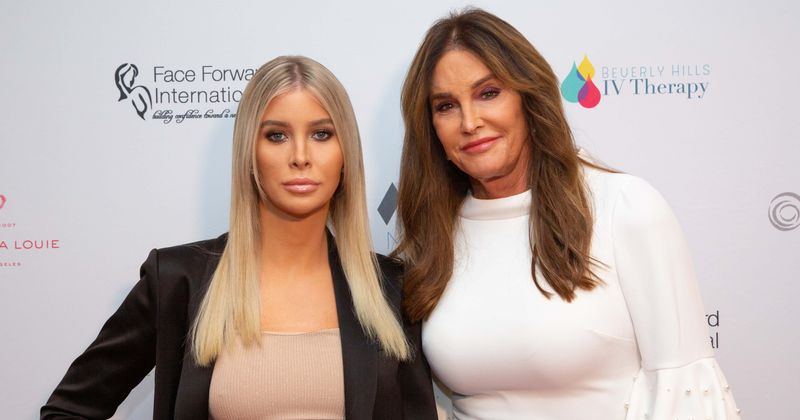 At age 69, reality TV star Caitlyn Jenner plans to have children with her 22-year-old partner, Sophia Hutchins, via surrogacy. The Keeping Up With The Kardashians star already has six biological children, four step kids, and 14 grandchildren, but seems ready to become a parent again.

There have been a lot of speculations about the nature of Caitlyn and Sophia's relationship. Although the two have refused to divulge the details of their personal life, rumors have been rife about wedding bells possibly ringing in the future. Whether or not they do actually tie the knot, a source close to the duo recently revealed that they have discussed starting a family together. Speaking to Closer magazine, the insider added that while Caitlyn already has 10 children, she has always dreamt of taking on the role of a mother.

"Caitlyn and Sophia have spoken about starting a family together for the last year or so, and while Caitlyn’s already got ten children, she’s never had the chance to bring a child up in the role of a mother, which she’s always dreamed of doing," said the source. They further stated that Sophia shares Caitlyn's dream of being a mother and since both of them feel deeply passionate about exploring motherhood, they've made the decision to fulfill the dream via surrogacy.

Meanwhile, Caitlyn does not have the best relationship with her former spouse Kris Jenner. Although the former Olympian's memoir, The Secrets of My Life, ruffled a few too many feathers in the Kardashian-Jenner household, she has managed to rebuild a relationship with her daughters in recent times. Having said that, the source claims Caitlyn's daughters aren't too thrilled about her becoming a mother at this age. "The girls are all really worried about the stresses and strains of having a newborn on Caitlyn – especially Kylie, who says she struggles at 21, and that at 70 Caitlyn should be enjoying taking life at a slower pace after having raised her children," said the insider.

The source added, "Caitlyn’s assured them all that they’re in the early stages of interviewing nannies and will have a good support system in place, and says Sophia will be the main ‘hands-on’ mum." On the other hand, not everyone in the Kardashian-Jenner clan is opposed to the idea of Caitlyn taking on the challenging role of a mother this late in life. She has found an ally in Kim, who has personal experience with the surrogacy process as she hired a surrogate to carry her two youngest children, 18-month-old Chicago, and two-month-old Psalm.

"Kim’s been incredibly helpful and is the only one who’s been showing support, giving advice on surrogacy and her experiences. After the issues between them, Cait’s hoping this child will help reunite the family," revealed the source. Irrespective of whether the rest of her family supports her decision to become a mother, Caitlyn will have the unwavering support of her partner Sophia, who is invested in being on this journey with her.

Speaking about their relationship in a 2018 interview for The Hidden Truth with Jim Breslo, Sophia said, "I wouldn't describe it as a romantic relationship. I would describe our relationship as we're partners, we're business partners. We have so much in common; we see the world so similarly and we both are such a good match for each because we challenge each other. She challenges me in so many ways, has allowed me to grow in so many ways and I hope I challenge her to grow and I think because we share so many of the same passions and views, it's just a great match, a great partnership."