The 71-year-old reality star is “actively” meeting with political consultants. 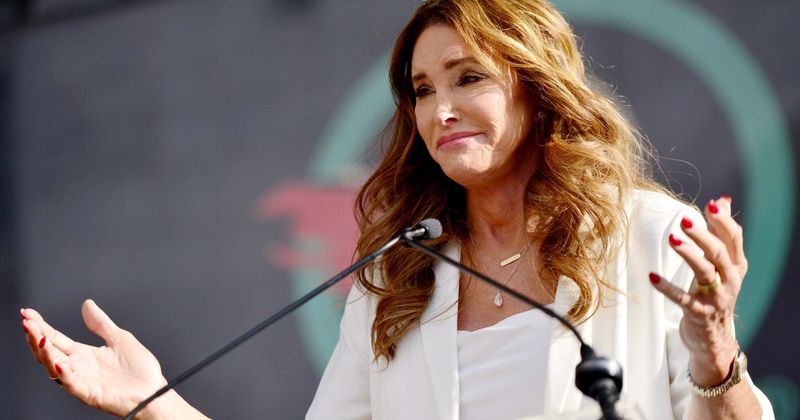 Caitlyn Jenner is consulting with former Donald Trump staffers as she considers a run for California governor, according to reports. The 71-year-old may be working towards a possible bid to take on Gavin Newsom to be California’s next governor. According to Axios, she is “actively” meeting with GOP advisers in an effort to defeat incumbent Governor Gavin Newsom during an upcoming recall election.  The New York Times' Washington correspondent Maggie Haberman tweeted recently that Jenner has been consulting with Brad Parscale, who previously worked on Trump's presidential campaign.

Caitlyn Jenner is getting advice from former Trump campaign manager Brad Parscale on how to set up a potential California gubernatorial bid, according to a source familiar with the discussions. https://t.co/yDyuf9zhNm

One of the other political consultants assisting Jenner's campaign is GOP fundraiser Caroline Wren,  who has worked with the American Unity Fund—a GOP nonprofit focused on LGBT issues.

Caroline Wren is said to be involved in the Jenner effort. Wren is a former Trump campaign official who helped with Mark Meadows/CPI event this weekend that overlaps with RNC retreat.

The news comes after a time Caitlyn Jenner's manager said in February that she was not considering a run for political office  Sophia Hutchins told PEOPLE at the time, "Caitlyn is not running for governor, has never considered running for governor and is very happy doing the work that she is doing to promote LGBT rights and spending time with her 18 grandchildren and 10 children." Back in 2017, she did talk about an entry into politics. Jenner had said she had been considering a run against California Sen. Dianne Feinstein but then ultimately decided not to enter the race. Jenner is a Republican who initially supported Trump. But things took a quick turn once he was in office. She said that his leadership was "extraordinarily disappointing" and has also slammed the Trump administration's LGBTQ policy, calling it "a disaster" in 2017 and slamming him again in 2018.

Well @realDonaldTrump, from one Republican to another, this is a disaster. You made a promise to protect the LGBTQ community. Call me. pic.twitter.com/XwYe0LNUOq

So what are her chances if she does give the run for Governor a go? The last time a successful recall election in the state took place in 2003. Also featuring a celebrity. Arnold Schwarzenegger, ousted Gray Davis. But GOP campaigner Rob Stutzman, a longtime adviser to Schwarzenegger, told the Los Angeles Times that he isn’t too positive about Jenner’s odds. “Arnold was the most famous person in the world aside from the pope. She’s famous but not that famous,” he explained. “And Arnold already had some credibility in the public-policy space—he had sponsored a statewide ballot measure, had campaigned for candidates, been involved with the presidential physical fitness council.”

As first reported by Axios earlier today, Caitlyn Jenner has been sitting down with GOP operatives of late about attempting a repeat of Arnold Schwarzenegger’s toppling of Gray Davis back in the 2003 recall https://t.co/iXsce5Gx7q

An industry insider told  Deadline that “Caitlyn Jenner is never going to be governor of California,” although “she may get herself a new show on a streamer out of all this.”  The reality star told PEOPLE in 2020 that she has "changed my thinking in a lot of ways." Now identifying as "economically conservative, socially progressive," she believes "we need equality for all, regardless of who's in the White House." "I love my community," Jenner said. "I truly want to help." Jenner's political beliefs previously caused controversy within the LGBTQ community.  "They said I'm 'too controversial.' And that hurt," she said. "I think I had been wearing rose-colored glasses. I thought I could change the world. Now I know I can only try to and change one person at a time." She has been quietly giving trans students college scholarships over three years and has realigned her foundation to focus on trans youth. “This is my journey. Yes, it is different than other trans people. I get it,” she says. “But the bottom line is this: When I wake up in the morning, I’m happy with myself.”

According to Vanity Fair, the reality star is currently working on her own YouTube channel, where she provides up cooking tutorials and motivational talks. While we've seen her on-screen on Keeping Up With the Kardashians before starring in her own E! spin-off, I Am Cait, for two seasons, we're likely to see her again on the final season of Keeping Up With the Kardashians, which is airing now. As for entrance into the political world, we'll just have to wait and see.