The 34-year-old son of a Butler County judge has been given six months of house arrest, five years of probation 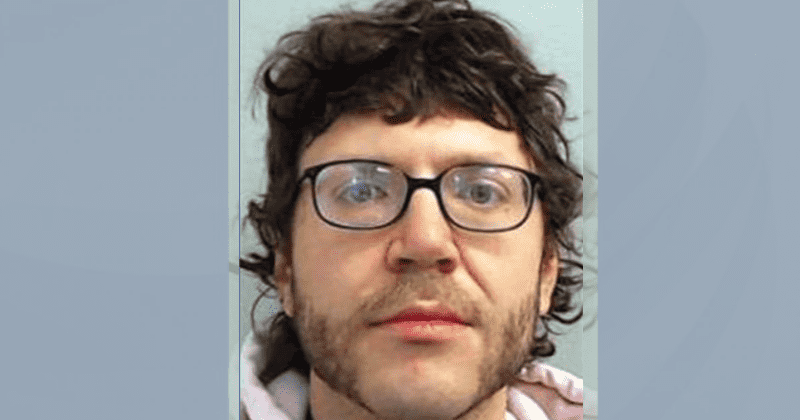 John Paul Doerr III, a 34-year-old man, has been found guilty of possessing 35 counts of child pornography but got away near-scot-free for being a sitting judge's son, allege locals from Butler County, Pennsylvania after he was handed a lenient sentence, reports WPXI-TV.

According to the report, people from the community were enraged at the impotent sentencing for Doerr wherein he's only been given six months of house arrest, five years of probation, and 15 years on the Megan's Law registry, a federal and state registry of registered sex offenders.

The son of a Pennsylvania county judge pleaded guilty to 35 counts of child pornography, which could have landed him 250 years in prison, but did not receive any jail time and was instead sentenced to 5 years probation. https://t.co/M9Jgb2aHD6

The true nature of the sentence becomes clear especially considering the fact that any perpetrator of the horrendous act that Doer III was caught would have landed with a maximum sentence of more than 250 years in prison.

Doerr's father is Thomas Doerr, a Butler County's president judge, which is touted to be the driving factor behind the weak sentence. Enraged by the court decision, dozens of people gathered outside the Butler County Courthouse on Friday, saying the father-son relationship was why he got away with no jail time.

The son of Butler County's top judge could have gotten 252 years in prison for child pornography, but instead he was sentenced to probation and house arrest -- sparking outrage from the community. https://t.co/lzSv2BZNBm pic.twitter.com/bBFAQpCdb8

Madison Morgan, a demonstrator among the many in the Courthouse premises, said: "It’s not fair. He (could have) gotten 252 years behind bars, (but) instead, he got probation and house arrest. It’s because of who his father is."

The judge's son was initially arrested after confessing that he had downloaded several videos, including a clip of a 1-2-year-old child. Doerr was caught after investigators tracked him down through the IP address assigned to his computer. Despite the community's protestations, Butler County officials have revealed that there was no wrongdoing in the case. Speaking to Channel 11, the district attorney said the case was immediately handed over to the attorney general's office when the sensitive nature of the perpetrator's relationship with a sitting judge became apparent. No local judge heard the case, the official stressed.

His father is involved in a sexual misconduct case where he had sexual relations with a subordinate and harrassed her when she ended the relationship. Both of them should be locked up.

Meanwhile, the prosecutor who worked on the case has said this is a standard sentence, typical for these types of cases. According to ButlerEagle, Doerr was also fined $1,950 apart from being part of the sex offender registry for 15 years while his internet access will constantly be monitored for two years. The 34-year-old sex criminal was originally set to face 42 felony charges related to child pornography arising out of his arrest on January 2019.

After his arrest, Doerr had admitted to investigators that he downloaded pornographic video clips featuring children to his home computer. As per documents relating to the arrest, Doerr was arrested following an undercover investigation into the sharing the child pornography over the internet.

He was given a plea deal after agreeing with prosecutors, who then agreed to six charges of photos or films involving child sex acts. In exchange for this, Doerr pleaded guilty to 35 counts of child pornography and one count of criminal use of a communication facility, citing the PC he used to conduct the disgraceful act.

Responding to the story on Twitter, Delaina Smith wrote: That is bullsh*t to the highest power and again White Privilege @ it’s finest. Damn shame.

Smith's statement was countered by Chris Haggart who wrote: Not white privilege, this decision comes as a result of a person in a position of power not because of the color of his skin. I agree it is bullsh*t.

Cathy K expressed her suspicion on the sentence and wrote: Doubt this is a "typical" sentence... I'm sure Daddy being a judge had a little something to do with it...

James Shoe, meanwhile, wrote a sarcastic rebuttal and said: There’s no way daddy pulled any strings in this instance.

wow just cause he’s a son of a judge he gets off with a lesser sentence!!!!🤬🤬🤬