Woman Flies 1,500 Miles, From Indiana to Houston, To Meet Online Date, Gets Stood Up At Airport

23-year-old Jasmine Triggs flew from Fort Wayne, Indiana to Houston, Texas, to meet her online love who then blocked her number. 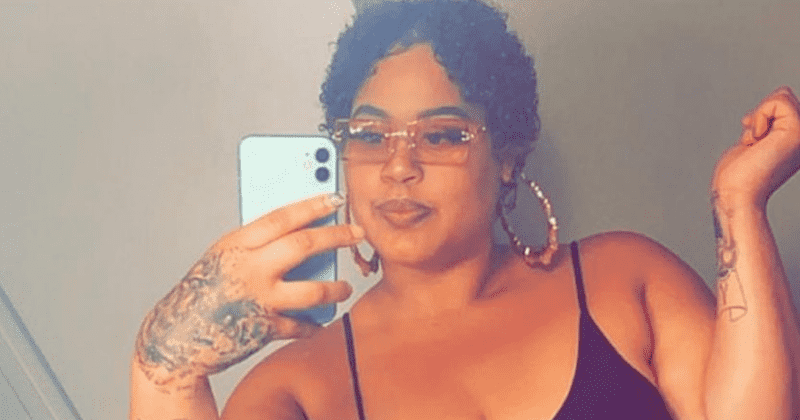 In a tragic tale of love-loss and betrayal, a businesswoman who traveled 1,500 miles to meet a man she was in love with, was left stranded at the airport after getting stood up. It wasn't a relationship that lasted many years, or even several months as she had met him online just seven days ago. 23-year-old Jasmine Triggs decided to fly from her hometown of Fort Wayne, Indiana, to Houston, Texas, last week to meet this mystery man that she had been interacting with online, Daily Mail reported. Much to her disbelief, the man, identified only as Jamal, blocked her number the minute she'd stepped on the plane. Upon reaching her destination, Jasmine was left heartbroken and stranded at the airport.

This is unfortunate, but I’m pretty sure he was lying about his life and couldn’t really have you come through because most dudes would meet up with a chick flying to see them. You probably dodged a bullet, everything happens for a reason.

Jasmine is the owner of a baking company and she went on to tell the outlet: "I was talking to this guy for about a week and he asked me to come out to Texas. 'We were talking to the morning I was due to go." We were talking and talking and talking every day, about where he went to school, how he'd been a cheerleader and had a robotics company. I liked him. We'd been getting to know each other but it was sexual as well. He was asking me sexual stuff and he was saying he couldn't wait to see me and that he'd cleaned his living room for me."

second of all, I pinky promise i didn’t do shit lmao. we’ve been talking back and forth for days, he invited me down, and we spent time exchanging what we do and don’t like, places he wanted to take me down here, etc etc pic.twitter.com/xi3ZFiH5ge

The two of them had first made acquaintance through an iMessage group chat that was set forth by a mutual friend. It so happened that even this friend had never met the man in person and could not confirm his authenticity. Jasmine, meanwhile, had spent around $400 for the five-hour round trip and it was no wonder that she was shocked when the man had blocked her number as she landed at the airport.  She said: 'When I was on the plane, all my messages were sent to everyone apart from him so he'd obviously blocked me. I didn't hear from him all morning and once I landed, I called him, but I realized he'd blocked my number and I was panicking." People from the group chat were calling him and he blocked them as well."

then we would talk back and forth on the phone, he literally kept saying “i’m so excited to see you” etc etc whatever. then yesterday i text him good morning he’s just like i’m not in the best mood. So we talk when he gets off work and he again confirms our plans pic.twitter.com/W3210VO3L0

So thennnn I’m on the plane and I realize like okay my messages aren’t going through 😃😃😃😃 pic.twitter.com/0aDeDyqTdc

Thankfully, Jasmine quickly managed to get a hold of a friend who also lived close by. She went to stay with her for a few days but she is still quite baffled as to why she was left stranded at the airport. Later on, she shared the story on Twitter in order to warn other people about the dangers of meeting up with people they've never met before. Her post has gotten over 70,000 likes and some people were so sympathetic that they even offered to pay for Jasmine's plane ticket.

She said: "A lot of people have been super kind but I've had the occasional troll. Guys have been hitting on me, people have been supportive and offering to pay for my ticket but people have been saying that I'm super dumb. some of y’all so weird not once did i ask for sympathy I simply told a life event stop being so negative. y’all act like i set up a gofundme," she added. "If you're going to meet up with someone, make sure you FaceTime them first and make them buy the ticket. I don't believe in someone paying for everything which is why I bought my own ticket but if you're going to see them, make sure they buy it because I'm $380 out of pocket and he's said he was going to pay for everything when I got there. Make sure they aren't going to leave you there because if it wasn't for my friend, I don't know what I would have done."

those of you speaking on my baby kill yourself. he’s now 3 & away with FAMILY. Because they take him OCCASIONALLY. So I LEFT bc I’m GROWN. me getting on a flight has not a damn thing to do with me as a mother y’all just love to take shit too far. Shut thee hell up. pic.twitter.com/ZpsZPjftso