School Bullies Leave Teen With Fractured Skull And Severe Brain Injury, Will Have To Learn How To Walk, Talk Again

In a ghastly incident, bullies left 16-yr-old Neo Hobbs with a fractured skull plus a bruised and bleeding brain. It will take months in the hospital to regain normal function. 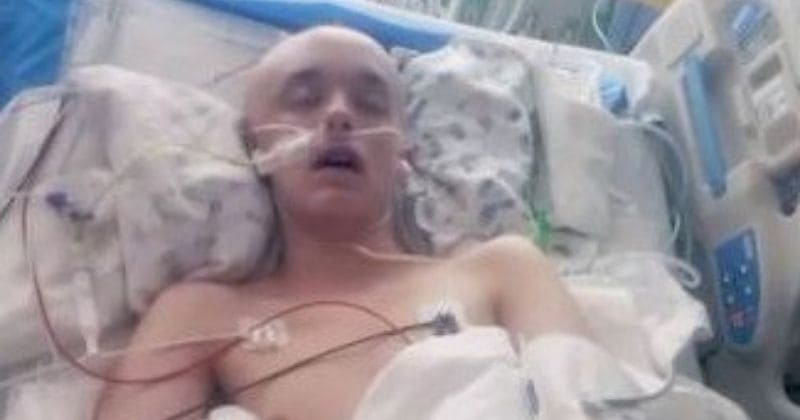 In Elko, Nevada, a 16-year-old boy has suffered grave head injuries at the hands of a bully on January 17. Neo Hobbs has been suffering at the hands of this vile child for several months and was terrified of going to school. The individual or individuals responsible for this grotesque act of violence is yet to be revealed while the school seems to be doing everything in its power to play the incident down. It is truly tragic that a child who is sent to school to receive an education is rushed to the hospital with brain injuries and sent into a coma from massive head trauma. It goes to show the lack of a proper protocol in schools with respect to bullying. Often times children hesitate to step forward and issue a complaint against their tormentors because there is no system in place to ensure their safety in the event of such a scenario. In their eyes, enduring the pain seems like a better option.

Neo Hobbs' family is devasted and insist that the bully is behind his critical condition. For several days the family worried whether Neo would ever fully recover from his life-threatening injuries. While The Elko School District confirmed that there was an incident that unfolded in Elko High School, the school district superintendent cautiously maintained that it was just a confrontation between two students. In their version, the fight only involved punches being thrown and a fall. However, it does not add up.

His doctors insist that "He had to have been hit with something." The severity of the injuries Neo Hobbs sustained could not have resulted from a simple fall or fist fight. The poor child's skull has been badly fractured and his brain is bruised and bleeding. To add to that, the force of the impact was so intense that his brain even shifted inside his skull. It is hard to imagine a student so filled with rage that they could inflict such cruelty on another child. "You send them to school, and you shouldn't have to worry about your kids going to school. Especially about something like this," his heartbroken mother shared.

To understand what actually transpired, we will have to wait for Neo to regain full brain function and reveal the truth. The poor child is paralyzed and even slipped into a coma following the horrendous incident. He is currently undergoing treatment and slowly recovering at Primary Children's Hospital in Salt Lake City, Utah. His distraught mother, Sandra Davidson told Fox 13 News that her son complained often about the ongoing bullying he had to endure at school. The worried mother tearfully said, "This boy was saying stuff about him, and I told Neo, 'Just ignore it.' He says, 'I am, mom. The best I can.'"

She also recounted how terrified her son was of this violent student. She soon took to pleading with him to allow her to go to the school authorities and intervene. But Neo insisted that things would get far worse for him if she did and the bully would be incited to bear down on him harder. On the day of the incident, Sandra received a call from the school that would send shivers down any mother's spine. They told her Neo was badly injured and had to be taken to a hospital in Elko. "All I know is, he was hit," Neo's mother shared. A CAT scan revealed that Neo's brain was bleeding and he was quickly flown to Salt Lake City for brain surgery.

He spent 12 days in the ICU before being moved to the trauma unit at Primary Children's Hospital. The child was in a coma up until January 27. It is going to be a long, hard road to recovery for Neo, but his family is hopeful. Fortunately, Neo is getting better. Meanwhile, Elko PD is looking into the incident and trying to piece together what happened. Hopefully, necessary steps will be taken to ensure no other falls victim to bullying. Off late, there have been a series of troubling incidents that are begging for a practical solution against bullying to be implemented in schools.

It's going to be several months before Neo's family will be able to take him home. His mother explained, "He has to have a lot of physical therapy. He has to learn how to walk, talk, brush his teeth and feed himself. He has to learn all that over again." It is deeply saddening that a child so close to finishing school had to be subjected to this kind of brutality that has now rendered him immobile and unable to communicate. Justice must be exacted and the perpetrators need to be held accountable. Given the nature of Neo's injuries, his family is struggling to pay hospital bills. You can help ease some of their worries by making a contribution to the GoFundMe page set up by Neo's uncle, Andy Andersen.