The rockstar is in the eye of the storm after his comments enraged people all over the internet. 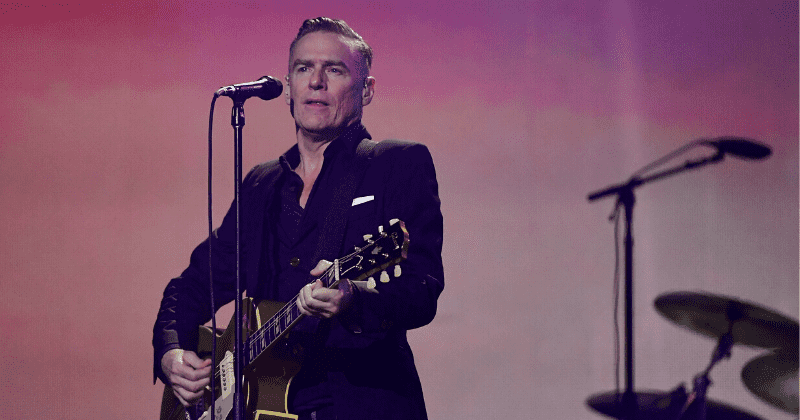 Bryan Adams is a rockstar in every sense of the word. He’s given us some of the greatest songs throughout his long and successful career, some of which we still listen to even today. "(Everything I Do) I Do It for You, "Summer of ‘69," and "Run To You" are songs that earned him fans not just in the Americas but also across the entire globe. For a star of international fame, he’s certainly led a pretty clean and uncontroversial life, with not so much of a smidgen of negativity surrounding him. Until now, that is. The 60-year-old has been caught in the eye of the storm after he expressed his views on the origins of the coronavirus and has received significant backlash for his racism and xenophobia bordering on Donald Trump levels.

Now, we already know that Trump had branded COVID-19 a "Chinese virus" for a brief period and subsequently refrained from using it again as the U.S. was still dependent on the nation for a few essential care products. Adams, however, built on Trump’s initial claims and added his own twist in a true, over-the-top rockstar sense. In a tweet complaining about his canceled gig at the Royal Albert Hall, Adams wrote a foul-mouthed, expletive-ridden tweet and Instagram post that seems to have demolished part of the goodwill he's earned over the last 30-plus years."Tonight was supposed to be the beginning of a tenancy of gigs at the @royalalberthall, thanks to some bat eating, wet market animal selling, virus making greedy b*stards, the whole world is now on hold,” he wrote. “My message to them other than 'thanks a f--king lot' is 'go vegan", it read.  The tweet caught on like wildfire among a lot of media houses and fans, with screenshots running amok across the internet. While many interpreted the star's comments as anti-Asian or anti-Chinese, it was certainly a huge hit among animal rights groups who latched onto one of the very few high-profile celebrities condemning China’s animal cruelty practices.

Brian Adams has had a lot of time to make an apology on social media. He hasn't done so. Very disappointing. This leaves a bad taste in my mouth.

According to BBC, Adams’ comments were criticized by Amy Go, President of the Chinese Canadian National Council for Social Justice, who called the singer ‘irresponsible’. "People look up to public figures. He is seen as an idol by many," Go said. "It justifies this racist hatred against Chinese.… This is so irresponsible and just so, so, so, so racist."  Adams’ outburst only adds to the conspiracy theory surrounding the origins of the virus. The theory in question states that the coronavirus was passed to humans through the eating of bats or pangolins infected by bats. It further received credence after reports that a number of the earliest cases of the disease were found among people who frequently visited the wet market in Wuhan, where fresh meat from alleged extinct animals and seafood are said to be available, leading to fears that meat bought there could have been the source.

This racist shit by Bryan Adams prompts a reminder that ‘wet markets’ are just places selling meat, fish and other perishable goods.

The alternative is a ‘dry market’ that sells non-perishables such as household products and electronics.

Although the tweet has since been deleted from his Twitter feed, the expletive-filled post continues to be available on his Instagram, which has so far received more than 137k views. The post, however, has removed the comment feature, meaning nobody can add comments or see the previously posted ones. Despite a host of publications reaching out to Adams and his aides for a comment on his latest outburst, no concrete response has been received. One fan named Globalcanouk commented on the post and said: "Wow. What racist garbage coming from someone I respected". Another used named Brix wrote on Twitter and said: "Maybe he's losing his privileged mind and is going crazy because he can't make money or he's getting paid to tweet from the dark side to appeal to some racist con/libertarian low info voters or rednecks."

Bryan Adams' racist xenophobic tirade has been up for 10 hours now. Damage has been done.

Dear @bryanadams , you might have just lost 99% of the ppl who would have bought tickets for your shows, but fear not, you'll still have your racist friends sticking by you and calling you a legend...like Katie Hopkins..
All is not lost..except your reputation, and career.. pic.twitter.com/5Z6YTfZsox