They will star in an action movie, 'Paradise City,' about a bounty hunter, played by Willis, and Travolta, a drug kingpin. 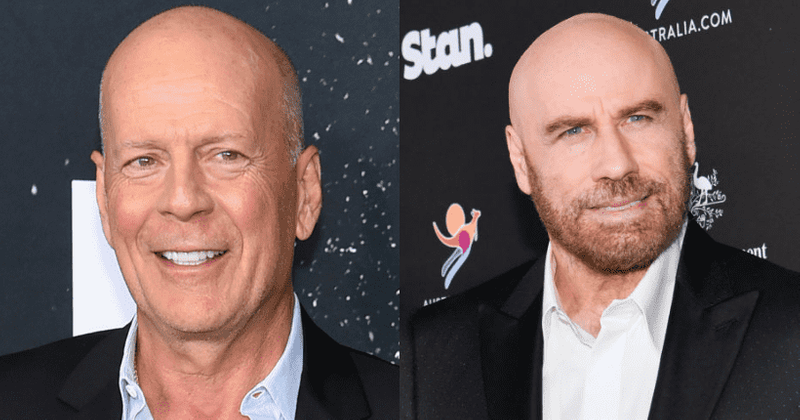 The last time Hollywood superstars John Travolta and Bruce Willis shared screen space was 27 years ago in Quentin Tarantino's 1994 classic, Pulp Fiction. Any fan of the movie will remember iconic scenes from the movie like this one, where Butch Coolidge (Willis) and Vincent Vega (Travolta) meet for the last time. The latest reunion promises to be a feast for fans of the two stars. Deadline has reported they will star in Paradise City, an action-packed movie about a bounty hunter named Ryan Swan, played by Willis who is out for revenge against a Hawaiian drug kingpin portrayed by Travolta, for killing his father. Directed by Chuck Russell, whose past movies include The Mask, Eraser, and The Scorpion King, the movie is in production with shooting taking place in Maui, Hawaii. Travolta and Willis also shared movie credits in Look Who’s Talking (1989) and the sequel, Look Who’s Talking Too (1990), in which Travolta was a cab driver named James Ubriacco, while Willis lent his voice to the baby named Mikey.

Thai-Swedish actress Praya Lundberg will play the leading lady. She took to her Instagram page to break the news to her fans putting up a screenshot of a news article with the caption: I’m pinching myself and screaming with joy 💗 let’s do this. So grateful. Lundberg is a well-known actress in her native, Thailand appearing in several serials and movies. She is also a model and has appeared on the covers of magazines such as Vogue, Cosmopolitan, L’Officiel, Harper's Bazaar, and Grazia, and is the brand ambassador of luxury brands such as Under Armour and Swarovski. She was also Southeast Asia’s first UNHCR Goodwill Ambassador back in 2017. The report from Deadline highlighted that the upcoming movie will be on the lines of Miami Vice but with bounty hunters instead of cops. Hawaii will be a major part of the script, it added.

Paradise City is being co-written by Corey Large along with his writing partner Ed John Drake. Large also has a role in the movie as one of Willis' posse of bounty hunters. He has been part of several movies starring Willis such as Cosmic Sin, Breach, Apex, Marauders, and Precious Cargo, as the producer and executive producer. The report highlighted he had been working on a project to re-unite the two major Hollywood stars since 2006. Obviously, fans were excited. One person tweeted: Super two very good actors together what we finally need for a decent movie we all want to see again?

They added further: Has not been much anyone would want to see for a while. Another fan commented on Facebook: Pulp Fiction was awesomely great oh well now can't wait for this movie. Paradise City is probably one of the first projects Travolta will be seen in following the tragic loss of his wife and actor, Kelly Preston. She died from breast cancer on July 12, 2020, after battling the disease for two years. Preston was 57-year-old at the time of her death, as per our report. The two tied the knot back in 1991 and have three kids together Ella, 20, and 9-year-old son Benjamin, and their late son Jett, who died in 2009. Travolta wrote in a touching tribute to his wife, then: "She fought a courageous fight with the love and support of so many... Kelly’s love and life will always be remembered."

He added, "I will be taking some time to be there for my children who have lost their mother, so forgive me in advance if you don’t hear from us for a while." Preston was also an actress in her own right ,with roles in movies such as SpaceCamp (1986), Twins (1988), Jerry Maguire (1996), and For Love of the Game (1999).