They officially made it to the news for having had the country's shortest marriage. 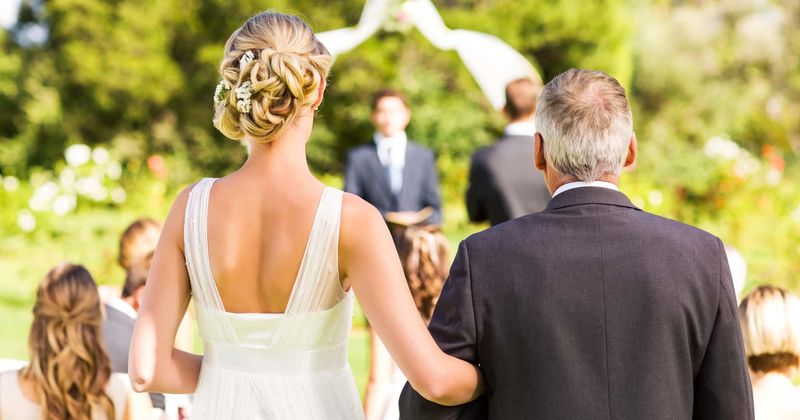 During their ceremony, a couple in Kuwait got divorced after just three minutes of marriage. Local media said the bride tripped, just after they had tied the knot, on her way out of the courthouse. The new husband called her "stupid" in front of guests, and the woman felt ridiculed. She then got so angry that she asked the judge to dissolve the marriage, reports the Daily Mail.  According to Q8 News, the judge agreed to her demand and granted a divorce. The former couple's three-minute marriage reportedly became the shortest ever in the history of Kuwait.

Couple divorce after only THREE MINUTES when Kuwaiti bride trips and husband calls her 'stupid' https://t.co/2WT88mb5QR

Users online deduced that perhaps the relationship was already a tense one and that the groom's behavior at the ceremony may have been the last straw. Others took to social media to congratulate the bride for her brave decision. SherifRAyad tweeted: If she was my daughter or sister I would certainly encourage her to do so. sbgordon2019 added: You go girl, smart woman! Others said that if this is how he acts right at the beginning, it's better to leave him and that a marriage with no respect, is a failed one right from the start. Of course, there were a few users who called the whole thing just plain "stupid."

Celebrities are no strangers to short marriages. Remember the time Kim Kardashian West said yes when NBA player Kris Humphries got down on one knee in May 2011? Their marriage lasted 72 days. When many thought that the relationship was a publicity stunt, according to Insider, Kim said in an official blog post,  "First and foremost, I married for love. I can't believe I even have to defend this. I would not have spent so much time on something just for a TV show."  Baywatch star Pamela Anderson and Rick Salomon got married and divorced twice.  Pamela Anderson married Salomon (for the first time) in October 2007 in Las Vegas and filed for divorce on December 14 later that year.  They were married for 60 days. "Public divorces can be harsh and cruel — we apologize to our families and friends for any hurt and embarrassment we have caused — we have come to an amicable agreement and are moving on," they said. "There are private and personal family sensitivities to consider and we retract any hurtful comments made in haste and distaste. We wish each other and our families well."

One of the most popular short marriages was when Britney Spears married her childhood friend  Jason Alexander for 55 hours. They tied the knot in Vegas in 2004. She later said in an interview that aired on E!, "It was me being silly, being rebellious, and not really taking the responsibility of what I was doing." However, Alexander has a different version of the story. In an interview with ABC's 20/20 show, Alexander says that the decision to end the marriage had not been his. He said, "I was in love with her. … I feel like she felt the same way." According to the Daily Mail, when the Britney's management team found out about the marriage,  "They didn’t want to hear anything … and [Spears] came back, and it ended. That was pretty wild," he said. It was claimed that Britney  Spears "lacked understanding of her actions, to the extent that she was incapable of agreeing to the marriage" but Alexander calls that "bullshit. That was probably the hardest part about it. I had obviously got my feelings involved. Nice guys finish last. Look out for yourself. If you are going to really get involved into a relationship with a celebrity and you are just an average Joe, make sure you are thinking business!"

Lead 3-2 T5. This game is on pace to last longer than Britney Spears' marriage to Jason Alexander. pic.twitter.com/LX73tmnMtS

According to PEOPLE, back in 2004, Alexander insisted that the decision was made when they were sober. "We were just chilling in the room, about 3:30, and we had so much fun, just looking out at the city and the lights, and we were, 'We’re in Las Vegas, let’s do something. Let’s go get married,'"Alexander, who looked to be nervously tapping his foot, told Inside Edition. Alexander’s best friend told The Post,  "No one gets married as a joke, that would be stupid."  In the annulment papers filed by Spears’s lawyers, it says, in part: "Plaintiff Spears lacked understanding of her actions to the extent she was incapable of agreeing to the marriage because before entering in the marriage, the plaintiff and defendant did not know each others’ likes and dislikes, each other’s desires to have or not have children, and each others’ desires as to a state of residency."