Bride Kicks Out Couple With Kids From Her Child-Free Wedding

Had the couple paid heed to the bride's wishes, an embarrassing scene such as this would have been avoided. 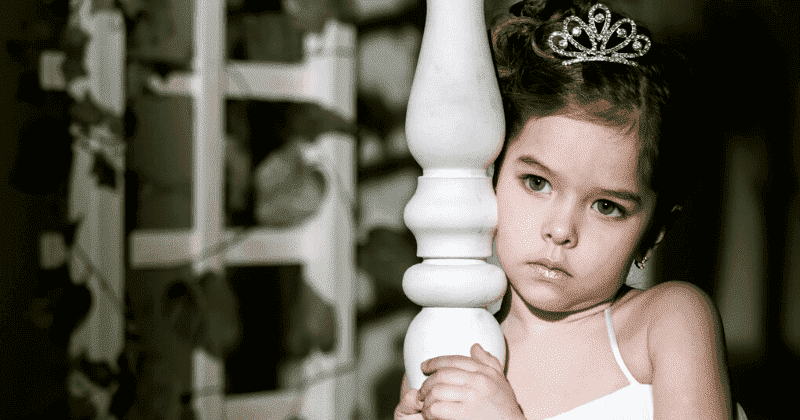 Children can be an adorable addition to weddings as flower boys and girls and ringer bearers. But only if they are not cranky, boisterous, or cry at a drop of a hat during such occasions, but that's a tough ask. Therefore, it's understandable when couples make it clear beforehand about a no-children policy at their weddings. Similarly, a bride made it explicitly clear in her wedding invitations that this would not be a kid-friendly wedding. But when one couple who she wasn't even "close with" decided to disobey the rule it led to a showdown and an embarrassing situation. The couple brought their two kids but was soon kicked out. Her family members later said it was rude of her to do so and left the bride wondering if she was the villain and the "a**hole" here for doing this.

She stated in a Reddit post, the mother of the two kids was a long-time family friend, so she felt obligated to invite her. She was surprised to find her and her husband showed up with an infant and toddler of around 3 to 4 years. She didn't bother at first and wrote: At the actual wedding ceremony, I let it slide. I was preoccupied for obvious reasons. I also thought that maybe they planned not to attend the reception or to have someone pick the kids up before it started. Already, the bride noticed that the couple's toddler was acting up during the ceremony. She noted: The infant already had to be taken out once during the wedding ceremony because of fussiness and the toddler was, from what I could see, already appearing cranky.

The bride's niece was the flower girl, and a few other kids also had particular roles in the wedding but were "getting picked up/dropped off after the ceremony ended." She continued: Anyway the reception rolls around (I’m fast forwarding through irrelevant details about the wedding but it was beautiful and everything went as smoothly as could be expected). The couple comes and, lo and behold, they still have their children. I had many other guests and didn’t really feel like dealing with it so I asked our event planner to go over to them and discuss whether someone was picking up the child as the reception (and wedding, frankly!) were not supposed to have children. The bride also had some genuine concerns about kids being brought to in such settings.

She wrote: I mean, everyone was drinking and loud and rowdy and a crying child and another little one running around was not part of the plan. She finally sent her wedding planner to talk to the couple to try and get them to understand the no-child policy: I could tell they were arguing with my event planner though so I went over to help him. I think they thought I came to rescue them because they started going on about how rude my event planner was. I explained that I had actually sent him over to discuss the children. I reiterated that the event was child-free and said that I had stated so clearly on my invitations. The wife "sort of" apologized but said she would take full responsibility for the kids and that they "were capable of minding their own children" so that they didn't get in the way of things. But the bride was not convinced: I said that wasn’t really the point.

To make matters worse the woman's respective partners got involved and it just got worse. She wrote:...my now-husband comes over and he and the other woman’s husband begin going back and forth and things got a little heated. She had to put her foot down and "snapped" telling the couple "they needed to go." Thankfully this happened without a commotion but the situation did still create a scene. This was something that was "incredibly embarrassing" and "exactly what I wanted to avoid." The bride said she hated the fact that her special day was "marred" by the incident. What's worse was a number of guests did seem to enjoy the drama of the day, as her mother informed her.

Most Redditors agreed that the bride in question was not at fault. Chriscmyer stated: NTA. I ended a 12 year friendship bc I had a no child policy at my wedding, with the exception of my own child and my nieces and nephews. My “friend” was upset and said to me that if I didn’t want her child there I didn’t want her there. No, I didn’t want kids running around alcohol fueled adults and we hired a trusted babysitter for our very closely related kids, no apologies. I actually got a lot of thank yous from other parents for an excuse for a night off. Haven’t spoken to her since and no regrets, I realized how toxic she was in a lot of areas. Getting_schwiftier added their two cents, noting: NTA. Only thing I would’ve done different is had the event planner approach them sooner (like before the ceremony