The 52-year-old actor will be playing a 600-pound man in an upcoming film titled 'The Whale.' 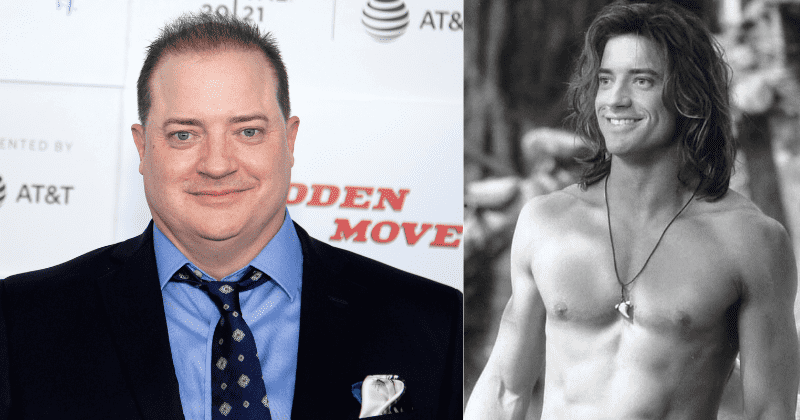 Brendan Fraser recently made a rare appearance on the red carpet for his latest film, No Sudden Move.  The upcoming film is directed by Steven Soderbergh and also stars Benicio del Toro, Jon Hamm, and Don Cheadle. The 52-year-old actor quite obviously doesn't look like how he used to in his younger days in movies like George of the Jungle or The Mummy. But his different appearance has been talked about in recent years and the subject of many tabloids.

Many people assumed that his weight gain could be connected to his next project, The Whale, directed by Darren Aronofsky, reports CNN.  The movie is an adaptation of Samuel D. Hunter’s play about a fat, reclusive teacher who weighs 600 pounds and attempts to reconnect with his estranged teenage daughter.

It's the story of a broken man trying to make amends.

Brendan, who has gained weight since his 20s, was cast to portray the obese lead character.

It will be interesting to see how this film is marketed.

As for Fraser's appearance, fans had nothing but positive things to say about the actor. If trolls were getting ready to make mean comments, it was lost in the outpour of love for the actor. Take a look below!

Me when someone talks shit about Brendan Fraser pic.twitter.com/eT3OqNofwM

Daily reminder that Brendan Fraser is a sweet bean who deserves the world.
I love him so much.
This has been a psa, thank you. pic.twitter.com/3k6aMyCRue

Current mood: Wishing Brendan Fraser the world, may this wonderful man keep smiling and getting job after job. https://t.co/pRBGq9ocEP

I loved Carrie Fisher’s response when people said shit like that to her. She was like, “WTH, did you expect I was gonna stay 19 forever?!”

i will accept NO brendan fraser disrespect on the tl

Brendan Fraser is trending so I just want to say - I bloody love Brendan Fraser. He's phenomenal in Scrubs and I think people fail to appreciate quite how brilliant he is in California Man and George of the Jungle. A fantastic actor who is also a brilliant physical comedian.

I saw Brendan Fraser is trending and I fully support all the love he’s getting. The guy is criminally under appreciated. He’s super talented and his performance in the mummy has been influential to action stars since it dropped.

1. Underrated actor for decades
2. Is doing well in Doom Patrol
3. The Mummy Trilogy is one of his best work
4. Amazing comeback
5. Fans still love him pic.twitter.com/oNpj3VkPp5

Appreciation post to Brendan Fraser. The original himbo actor and an all around humble, sweet man who deserves the world pic.twitter.com/JsKsjKxBQ1

I love that Brendan Fraser is trending heavily on Twitter for no other reason than just being awesome.

All this range in one movie?! We respect Brendan Fraser in this house! pic.twitter.com/SMCxnF48Mt

While celebrating the success of being a megastar in the '90s, Brendan Fraser did have some harsh challenges in his life along the way. In 2018, Fraser made sexual assault allegations against an ex-president of the Hollywood Foreign Press Association, according to an interview with GQ. Fraser alleged that the HFPA’s Philip Berk sexually assaulted him at the Beverly Hills Hotel in the summer of 2003. “His left hand reaches around, grabs my ass cheek, and one of his fingers touches me in the taint. And he starts moving it around,” the actor recalled. Berk himself made a mention of the incident in his memoir With Signs And Wonders, but claimed he pinched Fraser’s behind as a joke. None of it was funny to Fraser, who was overcome with fear and had to remove Berk’s hand.

Very brave. More men need to speak out. It does not just happen to women.

Fraser said, “I felt ill. I felt like a little kid. I felt like there was a ball in my throat. I thought I was going to cry.” He allegedly rushed out of the room and went home, where he told his then-wife what had happened. “I felt like someone had thrown invisible paint on me,” he said.  After this encounter, Fraser said, “I became depressed.” He even blamed himself for the assault and said in the interview that he started telling himself he deserved what had happened to him: “I was blaming myself and I was miserable -- because I was saying, ‘This is nothing; this guy reached around and he copped a feel.’ That summer wore on—and I can't remember what I went on to work on next.”

I stan him and will protect him with my life, goddamnit.

Not only was his mental health affected by this incident, Fraser’s work as an action-adventure film star also took a toll on his body. “I believe I probably was trying too hard, in a way that's destructive,” Fraser said in the interview. “By the time I did the third Mummy picture in China,” which was 2008, “I was put together with tape and ice -- just, like, really nerdy and fetishy about ice packs. Screw-cap ice packs and downhill-mountain-biking pads, 'cause they're small and light and they can fit under your clothes. I was building an exoskeleton for myself daily.”  The star eventually required multiple surgeries. “I needed a laminectomy. And the lumbar didn't take, so they had to do it again a year later,” he said, listing a partial knee replacement, some more work on his back, bolting various compressed spinal pads together, and even having his vocal cords repaired as well. He was in and out of hospitals for almost seven years. The actor has been through a lot, so his fans support him wholeheartedly and just want the best for him.

Brendan Frasier has aged and been through things!

Leave him alone and let him act in anything he wants!