When Fraser confided with TikTok cosplayer Lindley Key, that he was a "little anxious" about the new project she immediately told him, "You got this." 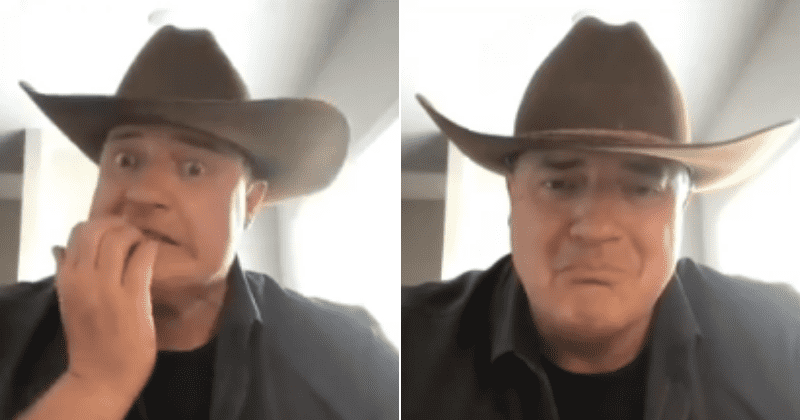 Brendon Fraser has made a comeback after going off the radar for several years. The Mummy star opened up about the sexual misconduct by Philip Berk, a former president of the Hollywood Foreign Press Association (HFPA) and in the aftermath of his divorce and his mother's death, he was a changed man. As he slowly stepped out of the shadows and decided to kickstart his acting career again, it was clear that he was skittish and unsure of himself. But with two big-name movies already in the pipeline, following Steven Soderbergh's 2021 period drama, No Sudden Move on HBO Max, Fraser is finally getting the love and support he deserves.

During a virtual meet-and-greet with a TikTok cosplayer Lindley Key, Fraser opened up about one of his upcoming projects. He will be a part of the star-studded Martin Scorsese film Killers of the Flower Moon. He will be starring alongside Oscar winners Robert De Niro, Leonardo DiCaprio, and Emmy nominated Jesse Plemons, among others. As per Deadline, Fraser will play lawyer WS Hamilton in the film based on the bestselling book of the same name, written by David Grann. The actor who was once a household name himself, following the success of The Mummy and George of The Jungle franchise, expressed his excitement and nervousness about his new projects.

"I'm going to work with Scorsese, and Leo, and Bob DeNiro," Fraser shared with Key who was quick to congratulate him on the new film. He then confided in her that he was a "little anxious" and said, "I might be sick," and pretended to bite his nails. The TikToker, who was cosplaying Rachel Weisz's character, Evelyn O'Connell in The Mummy, was quick to reassure Fraser. "You got this," she told him. "Just know that the internet is so behind you. We're so supportive. There are so many people out there who love you, and we're rooting for you, and we can't wait to see what you do next."

Brendan Fraser is the best. Cast him in everything! pic.twitter.com/TiddjbAfR9

Fraser appeared to be touched learning that the internet had his back. He seemed to get emotional and tipped his cowboy hat. "Shucks, ma’am," he said and seemed to be choking up as well. Key shared this clip of the fan-meet with Fraser on her Instagram. She wrote in the caption that it was a dream come true. "The Mummy has been such a huge part of my life, so being able to meet Brendan Fraser is a memory I will treasure forever," she wrote in the caption.

She added, "And if anyone needs proof that this man is the purest of souls, here it is! He came ready with a rose, a hat-change, and as soon as he saw what I was wearing, he said, 'Evie, the years have been good to you!' Just the sweetest man, and pardon my awkwardness, but I wanted to let him know how much the internet loves him, in case he was not already aware."

People were glad Key had let him know that there were people cheering him on after everything he had been through. One person wrote: AHHHHHHH HE'S SO PERFECTLY ADORABLE. I really do hope he knows how much we all love him. And you're just the most amazing cutest sweetest thing Lindley! So pure. Protect him. Another user commented: He is so precious! So glad you were able to talk to him and offer that encouragement.

The 52-year-old actor will also be a part of Max Barbakow’s Brothers and can also be seen on HBO Max’s Doom Patrol, in which he plays Cliff Steele.