The fire is likely to have started by a fan heater 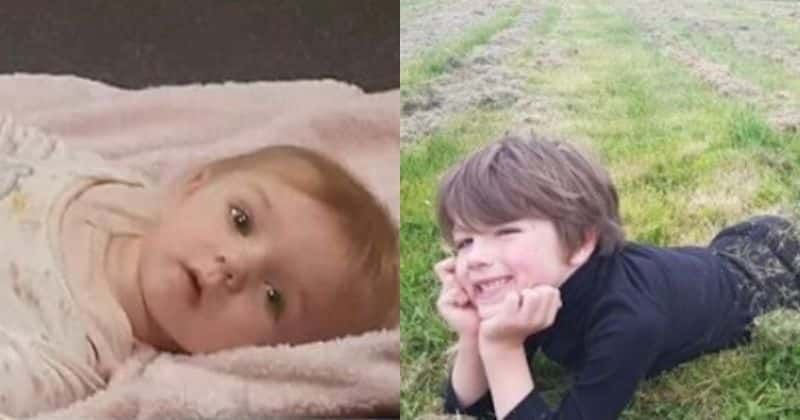 A heroic eight-year-old has died in a tragic incident while trying to save his infant sister from a house fire that burned his house down. Brayden's remains were found outside his nine-month-old sister's bedroom while his 6-year-old brother Lucas managed to escape. The fire which occurred at Vivian Street, Burwood, New Zealand on July 14 resulted in the death of the boy and her infant sister Arianna, reports TVNZ. Reports suggest the children's father Desmond Cooke tried to crawl back into the house to save them but was forced to retreat as the fire engulfed their three-bedroom house.

The children's grandmother, Angela Martin, told stuff.co.nz that the mother Nicole Mulligan believed the fire started due to a fan heater. The family was then alerted by a fire alarm. "It was a reasonably new heater they had bought to keep the baby's room warm. [They] think it was the heater because there's no other reason," Martin said. Authorities investigating the matter are yet to determine the cause of the horrible fire that has taken the lives of two innocent children. The family is devastated by the loss of two of their four children. Martin said about her daughter-in-law, "She said to me, 'my babies have died, my babies have died, I’m having a nightmare.' I thought she was having a nightmare and I said 'what are you talking about' and she said 'Brayden and Arianna', and she was screaming down the phone."

Crawling on his hands and knees with smoke filling his home trying to battle the intense heat from the flames, Des Cooke tells @NZStuff he knew it was unlikely the two children were alive. But he had to try. https://t.co/xO21bfI8U1

Cooke reported he was woken up by the fire alarm and he quickly rushed to save his children with the help of a neighbor but could only manage saving two of them. "He walked into the room and just said 'I tried so hard, I’m so sorry, I tried,'" Martin recalled. The father said that he thought Brayden had escaped the fire as he shared the room with Lucas, who escaped unharmed.  "He thought he got them all out, and he ran back in and ended up having to go back out ... and said 'where's Brayden', and Lucas said ‘he didn’t come out’, so Des went back in with one of the neighbors to try and find Brayden," the grandmother continued. Speaking of her heroic grandson, the grandmother said he had an "absolute heart of gold"."He knew he was really loved. He protected his brothers and sisters as best he could, he doted over his two baby sisters," Martin added nothing that the death of Brayden had ripped her heart out. "We’re absolutely devastated. Nicole loves all of her kids so much... not one of those kids ever thought that they weren't loved."

A Givealittle page was created to help the family with funeral and other expenses. Ashley Looyer, the children's aunt wrote, "Des, heroically saved the lives of his two other young children and suffered injuries himself after re-entering the burning house in an attempt to save Brayden and Arianna. Nicole, Des, and their two surviving children, 6-year-old Lucas and 2-year-old Brianna, face the reality of losing their children, siblings, home, and possessions, all in one night." In five days since the page was created, as many as 4,000 people have donated over $187,000.