Susan Bandera, 60, was in her bedroom at 4 a.m on Saturday when a man broke in. 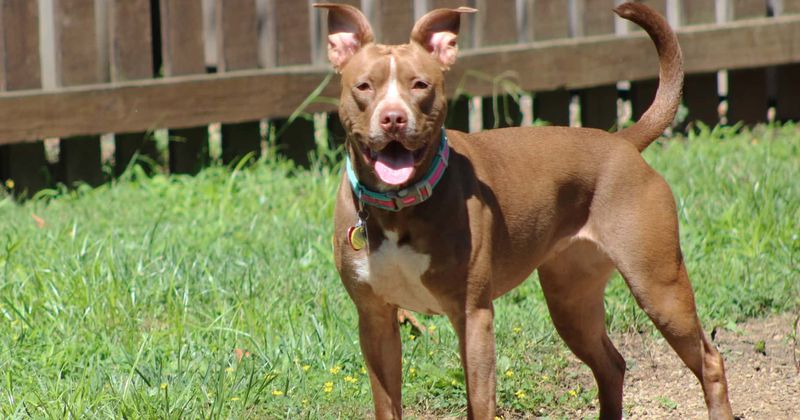 Trigger Warning: The story has details of an assault and a break-in that readers may find disturbing

A hero pet pit bull in Australia rescued his owner from a man who broke into her house and tried to strangle her. Susan Bandera, 60, was in her home at Iron Street, North Parramatta in Sydney on Saturday night. She was in her bed when the burglar broke into the room at around 4 a.m., reports Daily Mail. He assaulted the old woman and then started to strangle her. He would have probably even killed her if it was not for the timely intervention of the brave pooch. He ran into the room and rescued his owner by attacking the intruder. In the melee, Bandera ran away from the scene and managed to save herself. The man ran away from the house but was caught by the police a day later.  The burglar has been identified as Pani Naiserelagi, 34, and the police said he and the victim know each other.

Hero pit bull rescues owner from being strangled by intruder in her bedroom https://t.co/wPJFJbK5va

Bandera ran to the bathroom while Naiserelagi struggled with the dog as she closed the door. The police were called to the scene of the crime and started an investigation into the matter. They got enough clues to identify the man and arrested him from his home at Victoria Road in the same locality of Parramatta where the victim stayed  The arrest took place about 10 p.m. on Sunday. Naiserelagi was then taken to the Parramatta Police Station and charged with break and enter as well as assault with intent to murder. He also appeared before the Parramatta Local Court on Monday morning via video link where his charges were mentioned. The case is set to get another hearing in the same court later on October 15.

Naiserelagi tried applying for bail, according to a report in The Australian, but it was refused. Time and again, a man's best friend has proved why they have got this badge. In a similar case, we reported last year in September, a bit pull in Florida died while protecting two children from a poisonous snake. The 8-month-old dog named Zeus, succumbed to its wounds after a coral snake slipped into the residence of a couple in Sumter County named Gary and Gina Richardson. Their sons named Oriley and Orion were in the backyard at the time, cleaning the water bowl of their dog when the snake began to make its way towards them. "All of a sudden, he started attacking the snake which was close to my son and he was bit four times,” Gary said. Zeus managed to protect the children but not himself. He was immediately taken to a vet nearby.

Hero Pit Bull Protects Young Lost Owner Until the Child Is Found by Police: 'Give That Dog a Bone' https://t.co/2aLqCJEnOy

Despite all efforts, Zeus could not be saved and breathed his last a day after being brought in. Gina said. “It just killed us. We just knew the antivenom was going to work.” Her husband added, "I knew when he first came in that something was wrong and (it) was very traumatic because I knew he was dying.” In another tragic case, a family's dog in Houston, Texas, was killed while she protected her family from a gunman. The dog named Zero, a Great Pyrenees, was in the house that was preparing for a birthday party of one of the family members. A 16-year-old boy from their neighborhood walked up to them and began threatening them with a gun. He punched one of the family members and then took out his gun and began to shoot at them.

The bullet hit a little boy and was about to shoot another person when Zero jumped and bit his arm. He took a bullet but jumped up again to bite the teen. He was shot twice again. The man injured many other family members but was eventually taken down and arrested.