Justin Gavin was on his way to a Walgreens when he saw a burning car pass by him. He chased it down and got the mother and her three kids out safely. 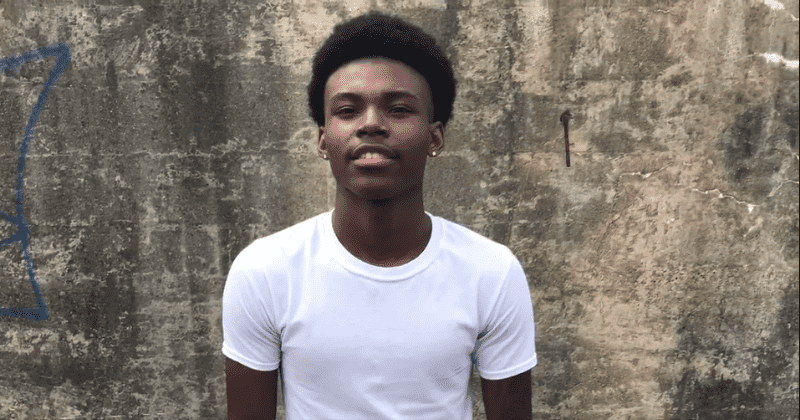 Justin Gavin was on one of his usual walks to the local Walgreens on September 9 when he came across an unusual scene—a small SUV covered in flames driving past him. One of the passengers in the car was a little girl who was outside the car window.  The Waterbury Police Department received plenty of calls reporting the very same incident. Drivers around the car blared their horns at the mother in an attempt to bring the fire situation to her attention. Gavin, 18, too joined in to alert the mother, reports CNN. In an interview, he said: "I'm yelling stop the car! Your car is on fire! Your car is on fire!" However, the mother was unable to stop. The teenager couldn't wait for the cops to arrive at the scene and he sprung into action -- he chased the car down and helped the family escape. "I just felt like if I was in that situation, I would want somebody to help me out," he said. "I guess my instincts took over."

Justin Gavin was walking down the street when an SUV, covered in flames and with a little girl out the window, drove past him.

"I just felt like if I was in that situation, I would want somebody to help me out," he said. "I guess my instincts took over." https://t.co/qPMNDuE72g

When Gavin was done with his chase, the vehicle had come to a stop and he knew he had little time to waste. He then opened the car door and got the mother out of the driver's seat, as per police reports. When the flames grew angrier, the 18-year-old pulled three children in the rear seat out to safety, including a 4-year-old, 9-year-old, and a one-year-old toddler. Moments later, the car was deluged in the fire. Explaining the terrifying moments before his heroic rescue, Gavin said: "It kind of got scary because I didn't know whether I was going to be able to get everyone out in time. And luckily, I did." The mother of the three children was ecstatic about Gavin's bravery and credits him for saving her family's life.

His courage didn't go unnoticed either as the local Police Chief Fernando Spagnolo even awarded the teen with a "challenge coin" in honor of his courageous act. In a photo published by the department, Gavin can be seen with a wide smile as he shakes the chief's hand while looking at the camera. Spagnolo said: "I hope that when you have that coin, it just reminds you of this day and you can reflect back on all the good that came out of this for you and that family that you saved." The unexpected experience has given Gavin a fresh perspective of life and of the police. When asks how he feels, he replied and said: "It made me realize life is short."

The police department's Facebook post has gone viral and has garnered over 35k likes and 1k comments with everyone commending the teenager's quick-thinking selfless act in saving the lives of four people including three children. Debbie Kopf Johnson wrote on the post: God bless you, Justin. You are an amazing person. Walk proudly young man, most adults don't have the bravery and instinct you already have. Bob Sponge Scanlon wrote: Great job young man !! These are the stories we need to promote, a young man stepping up to do heroic things AWESOME!!

Melissa Ann commented: This story reached Cleveland, OH and just wanted to say what an incredibly amazing story!!! So much admiration and respect for such a heroic thing! You are an amazing person with amazing people around you to have raised such selflessness. Be Well!! Barbara Reye's added: I'm so proud of you Justin but you did say those that family keep up the good work and may God bless you and your family and the family that was in the car good job I can't get enough of you boy.

A Connecticut teen saves the lives of a mom and three children by pulling them from a burning car.

Justin Gavin, 18, was on a walk when he chased down the burning car to help the family escape.#EveryVoice https://t.co/TGuAkJcgh6