Having acknowledged the harmful racial stereotypes that were being perpetuated, the brands will now be refashioning their 'brand identity' 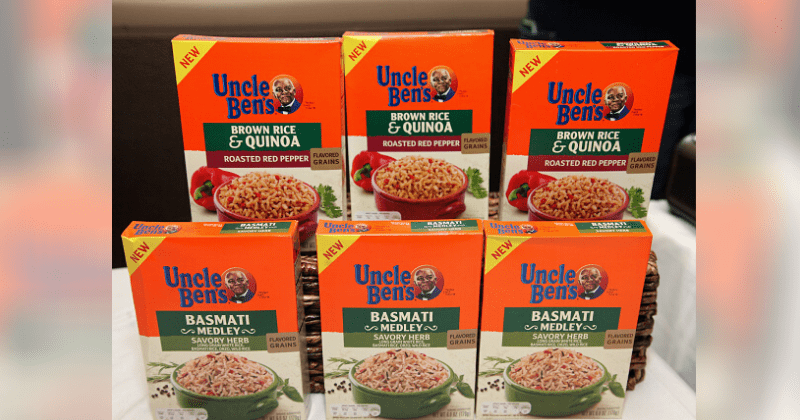 Food brands Uncle Ben's and Mrs. Butterworth’s have joined Aunt Jemima in phasing out their logos using racial stereotypes of Black people. Uncle Ben's, best known for their rice have been using the face of an elderly Black man as their logo. The man on the packaging was identified as Frank Brown, a maitre d'hotel at an exclusive Chicago restaurant who agreed to pose for the Uncle Ben's portrait, according to the brand's website. The rice brand that is owned by Mars Food is now considering refashioning their "brand identity" after being criticized for perpetuating harmful racial stereotypes.

Uncle Ben's owner Mars is planning to change the rice maker's "brand identity" — one of several food companies planning to overhaul logos and packaging that have long been criticized for perpetuating harmful racial stereotypes https://t.co/ndRUXZAbF3

The brand released a statement on Wednesday stating that, "now is the right time to evolve the Uncle Ben's brand, including its visual brand identity, which we will do. We don't yet know what the exact changes and timing will be, but we are evaluating all possibilities." The move comes after protests broke out in the country following the murder of George Floyd by a police officer. Americans have been demanding racial equality and justice for almost a month now by holding rallies, which have taken place in every state of the country. The protests have worked in evoking arrests of some police officers who have brutally killed Black people and some responses from major names and brands who have expressed solidarity with the Black Lives Matter movement.

Y’all literally do know that Aunt Jemima, Uncle Ben, and Rastus from the Cream of Wheat brand are all racist depictions of black people right? Cuz it’s late and I don’t mind giving y’all a racism in advertising lesson before bed. pic.twitter.com/NmrVLsIdcu

Following this announcement from Uncle Ben's, ConAgra Brands, the maker of Mrs. Butterworth’s pancake syrup, also released a statement. "The Mrs. Butterworth's brand, including its syrup packaging, is intended to evoke the images of a loving grandmother. We stand in solidarity with our Black and Brown communities and we can see that our packaging may be interpreted in a way that is wholly inconsistent with our values," the statement read. "We understand that our actions help play an important role in eliminating racial bias and as a result, we have begun a complete brand and packaging review on Mrs. Butterworth's."

The statement concluded by saying, "It's heartbreaking and unacceptable that racism and racial injustices exist around the world. We will be part of the solution. Let's work together to progress toward change." The first brand to take this step was Quaker Oats announcing that they would be retiring their 130-year-old Aunt Jemima brand and logo. The brand even acknowledged its origins are based on a racial stereotype, reported CNN. "I’m hoping this is a reckoning and we’re going to start seeing something that becomes pervasive," Professor Kevin D. Thomas who teaches multicultural branding in the Race, Ethnic and Indigenous Studies Program at Marquette University, told The New York Times.

I genuinely thought it was owned by a black woman and that’s why she was on the package!! I’m so sorry for my ignorance. Now that i know better I won’t buy that product anymore !!!

People on social media had a lot to say about the changes to come, some completely missing the point. Jane Joy tweeted, "Wow companies really don't want minorities on labels I wonder if Tapatio sauce is next. PKbret said, This is getting ridiculous.... it’s a brand. This is how u fight racism? I think some people are missing the big picture. This is pointless. The harmful and racist history of the logos had to be explained by some Twitter users. Twitter user JERA had this to say, I don’t understand how people could disagree with the decision to rename the brand Aunt Jemima or Uncle Ben’s rice. These are brands literally created off stereotypes and slavery!!! People are just looking to complain about anything that positively changes from the BLM movement.

This is where a lot of people get defensive about "tradition" and such.

We never had the context, so we assumed there was no context other than what we applied to it. It's the perspective of a child.

Which is fine, so long as you grow out of it.

Elie Mystal tweeted, There were people who didn't know Aunt Jemima was racist? Do y'all also think Uncle Ben is a homage to Peter Parker's uncle? DO YOU THINK THE WASHINGTON REDSKINS IS OKAY? Jason Elias wrote, Why are white people so upset about losing Aunt Jemima, Uncle Ben and perhaps the Cream Of Wheat guy. What’s in it for them? I don’t care about who’s on Brawny paper towels. What’s the real issue? As a response to this question, user Formerly @PhilJDuran wrote, They love to see black servants.

There’s only one man who has a reason to cry over the loss of an Uncle Ben: pic.twitter.com/tP4IYKI3cv