Boy Writes Letter To His Dad In Heaven, Receives A Touching Response

The 7-year-old boy wrote a letter and asked the mailman to deliver it to his dad. He received a response a few days later. 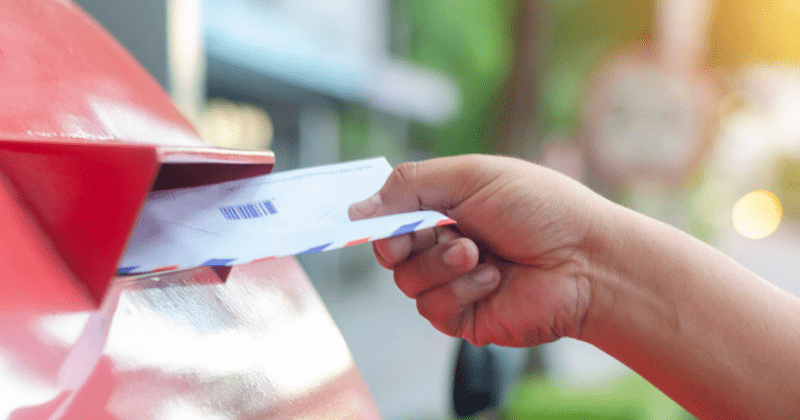 A boy who sent a birthday card to his father in heaven received a letter back from the mail company saying it had safely reached the clouds. Jase Hyndman, 7, from West Lothian in the UK, sent a letter to his late father for his birthday, addressing it "To Heaven." In response, the Royal Mail sent a heartfelt letter stating that his father had indeed received the letter safely, reports BBC. Sean Milligan, Assistant Delivery Office Manager, drafted the letter and wrote: "I just wanted to take this opportunity to contact you about how we succeeded in the delivery of your letter, to your dad in heaven. This was a difficult challenge avoiding stars and other galactic objects on route to heaven," the note read.

"We succeeded in the delivery of your letter, to your dad in heaven..." 😭❤️️ @RoyalMail replies to boy who sent his dead dad a birthday card https://t.co/pk9iKV1SEX

Teri Copland, Hyndman's mother, said that the boy was over the moon with the response he received. "I actually cannot state how emotional he is knowing his dad got his card, she said," and added, "Royal Mail you've just restored my faith in humanity." Per the publication, the story was posted on Facebook and was shared over 200,000 times before being deleted. Hyndman lives with his mum and sister Neive, 10, and the family continues to celebrate the father's birthday day every year since he died back in May 2014. Explaining how enthralled her son was, Copland added: "He was overwhelmed and kept saying 'my dad really got my letter mum'... I've always told Neive and Jase even if you can't get anyone a present it's always nice to make sure you send a card at Christmas and birthdays."

An act of humanity.

The mother-of-two was grateful to Royal Mail for bringing lots of joy to a young boy and by extension to his family. She added, "I want people to realize that a small gesture of kindness can have such a fantastic impact on someone's life... Royal Mail actually took part and that gives me so much comfort." As per the outlet, the boy had drafted a hand-written note and addressed it to the postman, requesting him to deliver it to heaven. "Mr. Postman," the postcard read, "Can you take this to Heaven for my Dad's Birthday," before suffixing it with a "Thanks" at the end. Here's what the Royal Mail's full response said: "Dear Jase, While we've been delivering your post, we became aware of some concerns. So I just wanted to take this opportunity to contact you about how we succeeded in the delivery of your letter, to your dad in heaven. This was a difficult challenge avoiding stars and other galactic objects on route to heaven."

Some people can make all the difference in this world x

"However please be assured that this particular important item of mail has been delivered,' the letter continued. 'Royal Mail's priority is to get our customer's mail delivered safely. I know how important this mail is to you. I will continue to do all I can to ensure delivery to heaven safely." People on social media also appreciated the kind gesture by the Royal Mail employee. One person wrote: "Obviously this is really sweet. Let’s hope the boy doesn’t expect a response. And let’s hope that there aren’t any other unintended consequences!" Bobbles wrote: "You are a top bloke Sean Milligan. Made me shed a tear." Tracey wrote: "When all we seem to be hearing is bad news, so nice to read something positive and happy. Such a kind and thoughtful thing to do." Sandra Sinclair added: "Oh that's such a kind thing of them to do well done Royal Mail Im sure you made him a very happy boy."

Wow, great job by England's @RoyalMail! Bravo to everyone for this magnificent action "Boy writes letter to dad in heaven, receives reply from post office confirming its delivery" https://t.co/gWwm8H8v9t