trending celebrity people lifestyle news animals
A 7-Year-Old Was Bullied Badly In School. So He Opened A Food Pantry To Spread Love

A 7-Year-Old Was Bullied Badly In School. So He Opened A Food Pantry To Spread Love

"After I was bullied and I felt a darkness inside of me, I knew I didn't want other kids to feel the same way I felt," he writes on his GoFundMe page. 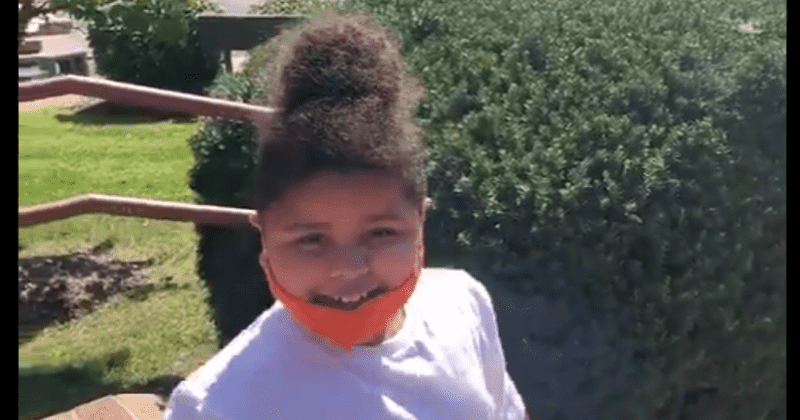 People usually become withdrawn when they're subjected to bullying. Not this 7-year-old boy. Rather than get pulled into a dark vortex of helplessness and self-pity and a barrage of negative feelings, Cavanaugh Bell decided to load essentials onto his mom's truck for people in need and sent them more than 1,500 miles away from his Maryland home. He says the ruthless bullying he was subjected to pushed him to do this, reports Washington Post. "After I was bullied and I felt a darkness inside of me, I knew I didn't want other kids to feel the same way I felt," he writes on his GoFundMe page. "So, I asked my mom if she could help me spread love and positivity. And, the more I gave back to my community, the more I wanted to keep doing it."

A ray of sunshine in tough times: Cavanaugh Bell from Gaithersburg turned a difficult situation at school into a drive to help others by starting a food pantry. With his generosity and hard work, he embodies the Maryland spirit of helping one another. https://t.co/uKQwzrGHz3

The little boy from Gaithersburg, who stands less than 53 inches, came up with the idea at the outset of the pandemic in March. He focused on delivering care packages with toiletries and groceries to elderly people within his Maryland suburb with his own savings from birthdays and Christmas. As his endeavor took shape and donations started coming in, he and his mother opened a food pantry at a nearby warehouse that a generous logistics company offered to them. According to the Post, his effort caught the media's eye and soon reached influential people such as Senator Kamala Harris, the Democratic vice-presidential candidate. She featured him on her Kids with Kamala show on Youtube in May.

You guys are SO amazing!!!!! Last Tuesday we filled ANOTHER 53 FOOT TRAILER to take to the Pine Ridge Reservation and it was FULL of essential winter supplies, food, and cleaning supplies for them.

A BIG thank you to each and every one of you who donated! pic.twitter.com/xsBhaZ5tMp

Buoyed by the success of his food pantry, Bell, a second-grader, wanted to scale up his operations beyond Gaithersburg. He extended it to the Pine Ridge Indian Reservation in South Dakota, which is home to some of the poorest communities in the country where as many as half the population lives below the poverty line.  Bell thought this would be the perfect place for him to donate after he thought back to a road trip from two years ago when the family had taken the route to Mt. Rushmore. Llacey Simmons, the boy's 35-year-old mother, recalls the incident and says her son had his eyes fixated on the window the whole drive.

The boy said: "My mom explained to me that people live on the reservation, and some didn’t have what they needed to survive. Some of the houses didn’t have electricity or running water.” As his pantry was doing well with Amazon Wish List and GoFundMe donations, he decided he'd do more for the community. As donations rushed in, the mom and son duo managed to fill an entire semi-truck full of non-perishable and canned foods, cleaning supplies, hygiene products, and other necessary items totaling up to $20,000. He then hired a truck driver to transport the goods, which cost $3,500. Meanwhile, his mother reached out to a local non-profit at the reservation and let them know they were sending supplies. Alice Phelps, director of First Families Now, was impressed.

At a time when senior citizens must stay in to avoid the coronavirus, this 7-year-old boy is helping them by making care packages.

He started by using his own money -- and then the donations started to roll in. https://t.co/WYcyGrZOPp

In a conversation with the Post, she said: "I grew up on the Pine Ridge Reservation, and I’ve seen firsthand the need and struggle.  There is probably an average of three families living in one two-bedroom home”. She added that they are no jobs or resources in the neighborhood. The boy sent his first shipment on July 10 and was so overjoyed by the grateful response, he decided to do it again. "I wanted to do more stuff for them to make them happy,” said Bell. “Since winter is coming, I knew they didn’t have what they needed to stay warm, so I asked people to donate blankets, jackets, and winter supplies."

I'd like to introduce you to an extraordinary 7-year-old: Cavanaugh Bell. Check out the non-profit he created as well as the incredible donations he organized for a community all the way on the other side of the country.#GoodNewsRUHLES pic.twitter.com/LJstV80LZh

The boy set out with a target of helping 1,000 people but has so far helped over 8,000 people. Speaking about how rampant bullying has pushed her son to be a savior for the marginalized, the mother said: "He wanted to show other kids that they can be powerful, even if people say they’re not." And he's shown them in the greatest way possible, by being a gracious and generous young man who's wise beyond his years.

"After I was bullied and I felt a darkness inside of me, I knew I didn't want other kids to feel the same way I felt,” wrote Cavanaugh Bell, 7. He responded by creating a food pantry. ⁦@washingtonpost⁩ https://t.co/HSzme7fUp6