Hero Boy, 12, Jumps In Front Of Two Pitbulls To Save His Siblings From Vicious Attack 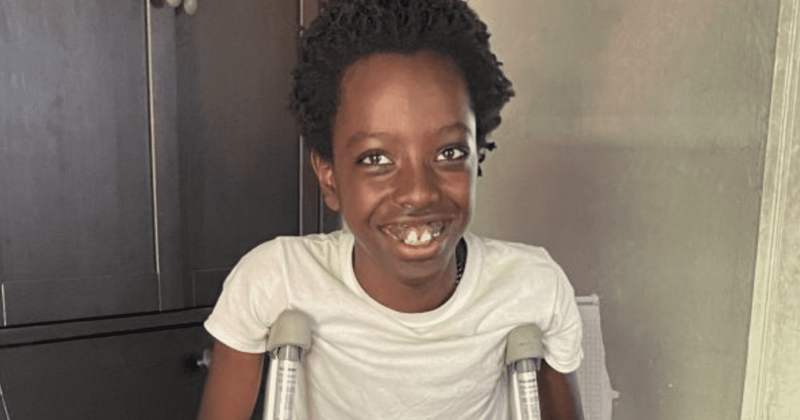 "That's just the kind of kid he is," tells a proud Elisabeth Ashmore to PEOPLE, the mother of 12-year-old Deacon Ashmore who raced to save children from being mauled by two onrushing pit-bull mixes. Last Monday, the sixth-grader was playing outside with his two little sisters, aged 9 and 7, his little brother, 5, and a neighbor, when the dogs suddenly appeared out of nowhere in an apparent attack mode. Thanks to Deacon's timely intervention, the kids were able to escape unscathed. In conversation with Detroit Free Press, the mother said, Deacon "jumped in front of all the other kids and made sure they could run home really fast before the dogs got them."

"I kinda held off the dogs a bit," the pre-teen said, downplaying what is a heroic act on his part. While he managed to save the kids, he got into dog' crosshairs and ended up getting attacked. As the mother watched, shell-shocked, one of the dogs bit into Deacon's left calf leaving a puncture wound down to the bone. The two dogs then dragged him around for a bit before he screamed "Bad dog! Bad dog!" at them, making them let go. When they eased up, the boy managed to escape into the house. When he went in, all she could see was red. "I just saw blood," Elisabeth said. "It was just everywhere. I took off his shoe and I could pour blood out of it."  Elisabeth and her husband Peter Ashmore rushed Deacon to a hospital where he underwent surgery to have the tendons, ligaments, and muscle repaired after being ripped apart from the dog's sharp teeth.

After spending a night in the hospital for observation, he has returned home. "He's home on crutches," the mother says adding that he has a long road to recovery that will include physical therapy. The mother is happy and proud that Deacon was there to rescue the other kids with his selfless act but is also saddened by the terrible injury he's had to sustain.  "Since day one, he'll do anything and everything for his siblings. He loves them fiercely," the mother said of his protective nature. Deacon was adopted from Ethiopia when he was a baby, his mother told Free Press and at that horrifying moment when the dogs charged at him and the other children, there was just one thing running in his mind: to save them, especially the little one. "He just kept saying, 'I know Kingston wouldn't have survived if the dogs would have attacked him,'" she said. "For him, it wasn't a second thought, that's the kind of big brother he is."

The injury has also brought unforeseen medical bills for the family. Fortunately, a member of the family's church started a GoFundMe campaign to help them finance the bills. "Many of you know Deacon Ashmore as a great young man!" Clete Bontrager wrote. "Deacon proved that Monday evening.  His leg was mauled by a dog while playing outside with his siblings.  Deacon stepped between the two dogs and his siblings so they could run to the house, but in doing so had his leg badly mangled."  Bontrager continued: "Along with financial help Deacon can use your prayers for his spirits to stay up and his leg heals without complications," Bontrager wrote. "Thank you."

12-year-old Deacon Ashmore is a hero. Praying for his fast and full recovery 🙏🏾💙https://t.co/DuQ0gwtBte

So far the page has received over $38,000 in donations with as many as 700 people donating to help Deacon and his family. "Deacon, you are a brave young man and a wonderful brother. Sending you love and prayers as you heal," a donor wrote, praising the boy's vigilance.