Cartier Carey has raised over $3,000 in under a week and said: "I wanted to help mothers who were struggling." 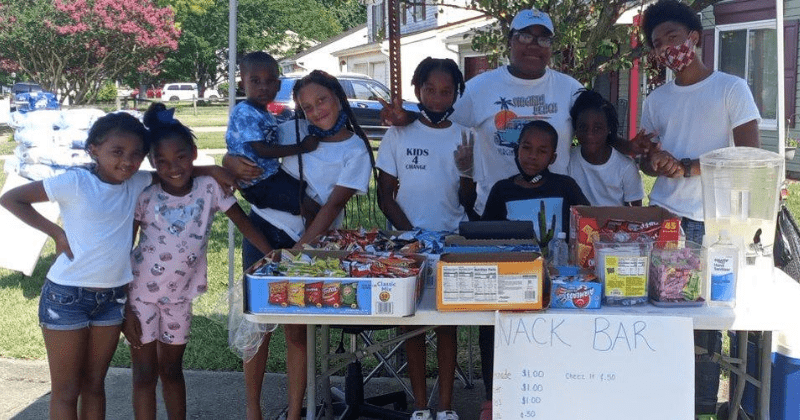 As things stand, at least 30 million Americans have lost their jobs due to the pandemic. This has left the country's workforce bereft of a financial source which is further pushing them towards homelessness. Not to mention, the situation has put immense pressure on single parents—single moms especially—who make up for 83% of single parents in the United States, according to SingleMotherGuide. Thankfully, a young little gentleman has stepped up to support as many of them as possible. Cartier Carey, 11, is the young one making the difference as he has utilized his time to provide relief for single moms one lemonade cup at a time, reports CNN.

We just want to change Lives and make a difference around the world 🌍 😊 pic.twitter.com/iBGxxWivAK

When asked about why he's doing what he's doing in his own words, Carey said: "I wanted to help mothers who were struggling." Carey, from Hampton, Virginia, is getting the support of the community to raise money by selling lemonade and a few tasty other treats. All the money he makes in the process will go towards buying diapers and wipes for moms in need. The lemonade stand became operational solely for the purpose of helping families hit by the pandemic. But, the compassionate young kid is by no means a stranger to these things. Earlier in the year, he had created what was called "Carti Packs" - a custom pack he designed with soaps, toothbrushes, tissues, and deodorants to give away to the homeless population. The pack would also have warmers for the winter months. Talking about his efforts to The Virginia Pilot on why he did that, he said: “I didn’t want them to suffer."

This is our own @burbankelem40 student Cartier Carey. He was also interviewed today on Live with Kelly and Ryan on national TV! We're very proud of your Cartier and all that you are doing for our community! #WeAreHCShttps://t.co/c1T8tmI5UJ

Carey started doing this with his own non-profit called Kids 4 Change 757 just under a year ago and when asked about where the idea came from he said he created the movement so he "could help the community and make the community better." For an eleven-year-old, Carey is wiser not just for his tender age but also for the ideas and goals he wants to achieve in his life. Besides helping the community out, he wants his organization to help him "inspire the youth around the world." Brittany Stewart, his proud mom, says Carey has always been selfless: "We're very proud," she said, and continued that "he has always wanted to help". She also said his desire to be there for other people has only increased as he has grown older. Recalling the moment when the idea first arose, Stewart told The Virginia Pilot: "As he’s getting older, he kind of understands. He just came up and said, ‘Hey can we help some of the moms?’ and we were kind of like, ‘What do you want to buy?' That’s kind of how it came."

Cartier Carey is proving no one is too young to make a difference. The 11-year-old is working hard to provide relief for single mothers one cup of lemonade at a time. "I wanted to help mothers who were struggling." https://t.co/OnXnVkzGuZ

So far, in just three days, his young lemonade venture has made over $3000, money he doesn't want to use for himself. "He doesn't want to spend any of the money on himself," his mother said. "He just wants to continue to keep buying diapers and giving each day." He even has people making deliver runs for moms who cannot come by to pick things up for themselves. "I’ve had some parents reach out to me that don’t have transportation, so I’ll let the kids drop them off at their porch." This is a joint operation with the mom posting on Facebook as to the location they will be at a given time, which allows mothers to collect the care products at their convenience.

We have set up a stand for mothers and fathers in need of diapers #kids4change #cartiercarey pic.twitter.com/0n1NIA8Agz

Meanwhile, the boy himself is happy with the kind of impact he's having with the people around him.  "It makes me feel happy that I'm actually helping people." Those who were aided by the boy have rallied together to offer their gratitude while the boy asks the difference he's making only pushes him to continue working the way he is.

This is super seet. Cartier Carey set up shop on a corner of his neighborhood to sell lemonade and treats with his friends.
He plans to use all the money raised to buy diapers and wipes for single mothers who may be impacted by the coronavirus pandemic. https://t.co/fV71iqLVbj