Yuri Tolochko from Kazakhstan is back in the news after splitting with his sex doll and finding new love. 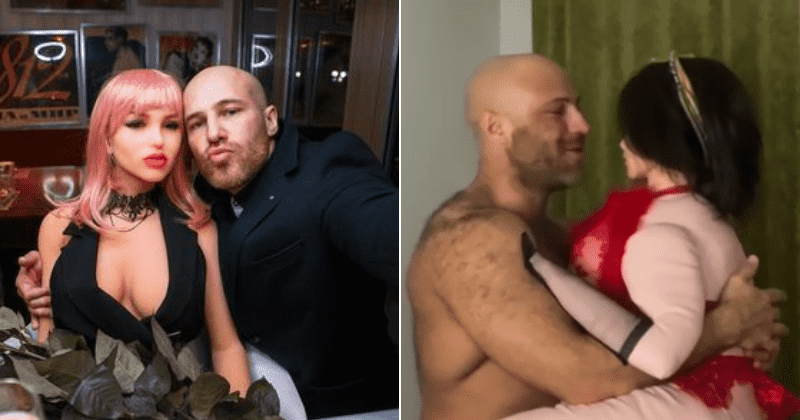 Talk about love without barriers. Bodybuilder Yuri Tolochko from Kazakhstan is back making headlines for his unorthodox approach to courtship. Tolochko first surprised the world by falling in love with a sex doll. As we previously mentioned, he first met the robot named Margo at a bar when a young man apparently attacked the doll. But he claims that he managed to save her. They began dating soon after and even got married.

At the time, The Daily Star reported that the unconventional fiance treated his "woman" just like any other real human being. He apparently got her a job as a waitress at a local bar. Although there are some struggles when it comes to dating a robot. "She can't walk by herself, she needs help," he said. Describing the kind of person she is like he elaborated that, although "she swears" but ensures that she has "a tender soul inside. He added, that "Margo doesn't know how to cook, but she loves Georgian cuisine. Her favorite dish is khinkali."

But their marriage was short-lived. The two tied the knot at a ceremony attended by dozens of guests in November 2020. Later, when Margo was sent for repair during Christmas, the muscleman ended up "cheating" on his wife. He even tried to meet up with another sex doll, reports The Daily Star. He does not want to disclose why he split from his former wife, saying he "broke up with Margo. I'm not ready to talk about the reasons for the divorce yet.”

Bodybuilder Divorces Sex Doll Wife After Being Unfaithful to Her (Now He's Marrying Another Sex Doll – With the Body of a Chicken) https://t.co/r3njWWWNww via @worldofwonder

Now, it's clear that he has moved onto a new life, with a new "lady" in his life. Well, more like half toy chicken, half-human doll head. After achieving sexual stimulation with a chicken he decided to order a new custom-made bride. “I identify her as a massive chicken,” he said in a video introducing his new partner to his followers on Instagram. Yuri is seen cradling "Lola" in the video where he shared, “Let me introduce to you my new wife. This is Lola. Lola [is] queer, she has not yet decided on her sexual and gender identity [she is in search]. Lola has a woman's head, a chicken's body, the navel has depth and can be used as a vagina and a penis inserted into it. I'll show you this one day." Tolochko is pansexual, and says he can fall in love with "a character, an image, a soul, just a person."

The bodybuilder has faced criticism from people online. And in person too, based on reports. He was allegedly attacked at a trans pride rally in Almaty on October 31, as a result of which he suffered a concussion and a broken nose after dressing in drag for the march. He even put up pictures of his injuries on his Instagram account. "A few months ago I started using a female image for performances. I named this character Amanda. Through this image, I convey certain ideas in our society. So I was beaten." It looks like not everyone is open to Tolochko's version of love. But the bodybuilder has over 106,000 followers on Instagram. That's just got to mean that a lot of people seemed to be quite invested or at least curious about his unorthodox love life.