BLM Protester Who Was Carrying An Ak-47, Shot Dead By A Driver Speeding Into Crowd

According to Austin police chief, law enforcement officials are hearing conflicting accounts of the shooting. 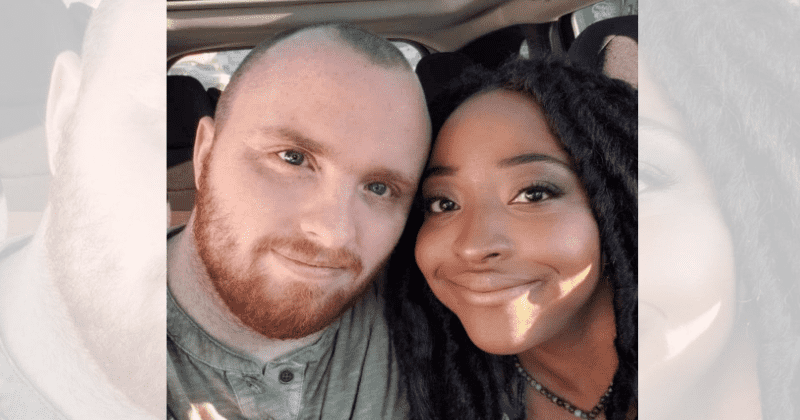 Garrett Foster, a white man who confronted a driver who was speeding as Black Lives Matter protesters were marching, has been shot dead. According to The Washington Post, the incident occurred when protesters were crossing Fourth Street on Congress Avenue in downtown Austin on Saturday night. When they heard the aggressive driver honk at them, most of the protesters quickly made way, except Foster.  The 28-year-old, clad in a military green T-shirt, black bandana, baseball cap, and carrying an AK-47 type assault rifle reportedly went up to talk to the driver by his window.

A man who joined a Black Lives Matter demonstration in Austin on Saturday night was fatally shot by a motorist who threatened the protesters with his car. The motorist was detained and has been cooperating with the authorities. https://t.co/JRaLpV0X5t

Moments later, the man fired five shots and quickly accelerated away as Foster fell on the road and bled out. According to Austin police officers, the driver turned himself in after escaping the scene. In his interview with the police, the driver said he fired after Foster allegedly pointed his gun at the car. Police said the man had a license for his handgun and so they released him to investigate the matter further. Speaking to the press, Brian Manley, Austin Police Chief, said: "We are heartbroken over the loss of Mr. Foster last night. It is actively being investigated and ongoing in conjunction with the Travis County district attorney’s office."

Foster's unexpected death comes at a time when more and more Black Lives Matter protesters are showing up armed to protest, leading to concerns over confrontations with police and counter-protesters. Open carry is legal in Texas, and so it is a regular occurrence to see armed protesters on the street.

Garrett Foster was murdered last night peacefully protesting at a BLACK LIVES MATTER protest in Austin, Texas with his fiance, whitney, who is a quadruple amputee because of serious medical negligence.

She was thrown off her wheelchair and he was shot 3 times.

Meanwhile, Foster's family said on Sunday that he served in the military and described him as a man committed to social justice and had protested peacefully with his fiancee for the last 50 days. As per ABC7 report, his mother Sheila Foster told Good Morning America: "He was doing it because he feels really strongly about justice and he’s very heavily against police brutality, and he wanted to support his fiancee."

Foster reportedly only started carrying a firearm when he was accompanied by his fiancee, Whitney Mitchell, a quadruple amputee. She would attend protests in a wheelchair. In an interview with independent journalist, Hiram Gilberto Garcia, who regularly streams the protest on Periscope, Foster said he started bringing his weapon after his roommate was arrested for protesting.

Today, I talked to the mothers of Garrett Foster, the man shot and killed last night at the protest in Austin, and his fiancee Whitney Mitchell.

The couple met in North Texas when they were teens. Foster cared for Mitchell, a quadruple amputee, full-time.https://t.co/rqhjZgLgiF pic.twitter.com/ptHaf7qmPa

"They don’t let us march in the streets anymore, so I got to practice some of our rights," he told Garcia, according to The Post. Foster understood the pitfalls of carrying a weapon under such circumstances. "If I use it against the cops, I’m dead," he reportedly said.

The shooting occurred when Foster was pushing his fiancee's wheelchair on Saturday night when a driver sped up towards a group of protesters. Law enforcement has heard conflicting reports of the shooting, according to Manley. Explaining the driver's account, he said: "His account is that Mr. Foster pointed the weapon directly at him and he fired his handgun at Mr. Foster." Witnesses, however, said that Foster did not threaten the driver with his weapon as he had his gun pointed downwards.

Garrett Foster brought an AK-47 to protest police brutality in Austin. He was armed when he approached the car of another armed man who drove through a crowd of protesters. Now Garrett is dead.

Both open carry AND Stand Your Ground are legal in Texas. https://t.co/viTRqw32RT

Speaking to the New York Times, Michael Capochiano, a witness, said: "He was not aiming the gun or doing anything aggressive with the gun. I’m not sure if there was much of an exchange of words. It wasn’t like there was any sort of verbal altercations. He wasn’t charging at the car."

According to Foster's mom, another witness shot at the car as he sped away but he didn't stop the car. Manley said that the driver called 911 moments later and confessed to being involved in a shooting and that he drove away from the scene.

We bow our head at the passing of Libertarian Garrett Foster. At the time of the shooting, Mr. Foster was pushing his fiancé through an intersection in her wheelchair.