Baba Vanga allegedly lost her eyesight at the age of 12 during a storm but allegedly got the gift of seeing the future. 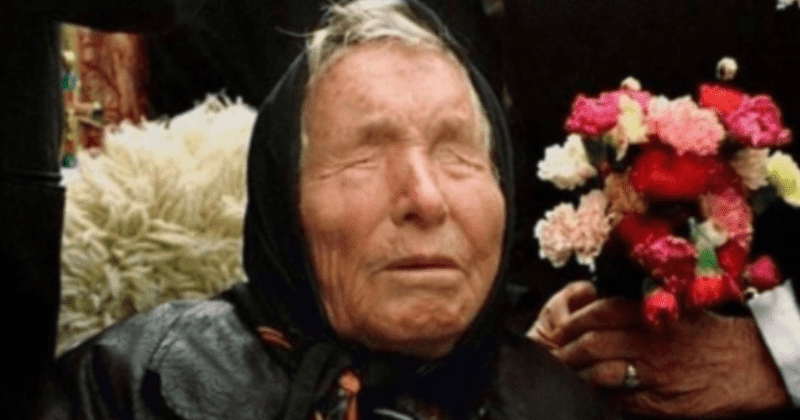 If you can't wait to get over 2021 and restart your life in 2022, you might want to put your plans on hold. A blind Bulgarian soothsayer named Baba Vanga has predicted that 2022 will see many new developments including a new lethal virus (worse than Coronavirus), more natural disasters, a drinking water crisis, and aliens making contact with the earth via an asteroid, reported LadBible. What makes Baba Vanga unique is that she predicted the 9/11 attack. Dubbed the 'Balkan Nostradamus,' she predicted that America would be hit by two 'steel birds' in a terror attack in 2001. And if that doesn't spook you enough, Vanga passed away in 1996 at the age of 85. Yes, you read that right. The gifted soothsayer has predictions running up to the year 5079, when she predicted the world would end.

Vanga's future predictions can all be traced back to her past. Baba Vanga allegedly lost her eyesight at the age of 12 during a storm. Baba Vanga was violently lifted off the ground by a storm and thrown into a field. As she tried opening her eyes, she realized it was covered in dirt and dust, making her blind forever but the event allegedly gifted her with the ability of clairvoyance. Following the incident, Baba Vanga allegedly started hearing voices in her dreams, started conversing with dead people and plants. She became revered in the local village after predicting events with amazing accuracy. It was rumored that she would hold a sugar cube, like it were a crystal ball, while making her predictions. She also predicted people's lives after having visions of their life, like a film in her head.

Floods
As world leaders continue to ignore the realities of climate change, Vanga predictions are set to hold true, especially ones surrounding natural disasters. She has been predicting the effects of climate change for years but in 2022 she ramps up her prediction, stating that several Asian countries and Australia will be hit with ‘intense bouts of floods.’

A New Lethal Virus
We might have endured the pandemic for two years now but it appears the worst is yet to come. Vanga predicts a new lethal virus will break out in 2022. Vanga predicts the breakout will be the result of an ancient virus coming back to life after lying dormant for 30,000 years in the Siberian permafrost.

Vanga believes water scarcity is about the hit the world hard in 2022, which is an extension of reality with many cities expected to face shortages of drinking water this year.

Locust Attack
Vanga believes the world will see swarms of locusts will attack crops and agricultural plots, including causing a famine in India.

Virtual Reality Takeover
Zuckerberg might have only just announced the metaverse, but Vanga predicted 2022 will see VR take over the world and there'll be hell to pay for it.

Alien Attack
The question "Are we alone in this universe?" is all set to be answered, according to Vanga, who predicts aliens will contact us in 2022 via an asteroid named 'Oumuamua.'

It's Vanga's own history of predictions that concern the world. In Russia, Baba Vanga is famous for having predicted the sinking of Kursk, a Russian submarine that sank in Barents Sea on August 12, 2000, killing everyone. She allegedly predicted that "Kursk will be covered with water and the whole world will weep over it". Among the many predictions she has made, one of them is global warming. Vanga predicted that a majority of the polar ice caps would melt between 2033 and 2045, causing ocean levels to rise drastically and change our lives forever, according to a report by The Mirror. She also predicts the invention of time travel between the years 2262 and 2304. It remains to be seen how 2022 pans out but Vanga's already cast a dark cloud over the new year.