These cats are also known as Janus cats, named after the Roman god, Janus who had two heads: one to look into the past, and the other into the future 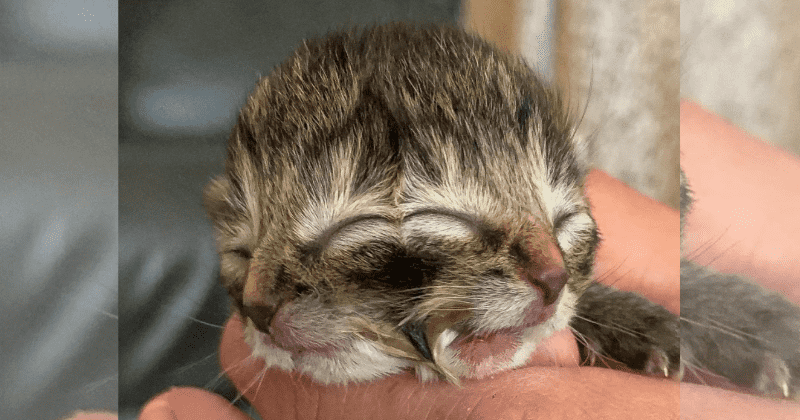 In what is sad news for cat lovers across the world, Biscuits and Gravy, the kitten with two faces, which melted the hearts of millions of people across the world has died. The kitten's rise to fame was instant garnering 14k followers on its Instagram page. It was born on May 20 to an Oregon farm but sadly passed away three days after birth, reports CNN.  In one of the rarest cases ever, Biscuits and Gravy had two noses, four eyes, and two tiny mouths. What made the two-faced canine even more popular was it had one brain stem but could eat, meow, and suck from both mouths. In the beginning, the family's veterinarian said he was doing very well.

Explaining the cat's progress, the family wrote on a Facebook page and said: "He ate a lot, and he peed and pooped a lot. He just didn't grow. It's hard work for a little guy like him to support a large head with two complete faces." In theoretical terms, two-faced cats are known as "Janus" cats named after Roman god Janus, who had two faces - one with a view on the future, the other of the past. "Biscuits and Gravy is definitely a gift for us and we are thankful that God has given us the opportunity to care for him as long as he is with us. We are doing everything we can for the little sweetie and he is quite a fighter. Thank you all for loving this little one, he is a lucky little kitty," as the family introduced the kitten to the world.

The kitten surprisingly defied the odds and survived for nearly four days.  Janus cats usually don't make it past day one or two.  The family had to take over the kitten's mom, Keenly's duties including feeding the two-faced kitten regularly, keeping him warm so that they could survive longer. Alas, that was not meant to be. Posting a picture of the cat, the last update read: "This photo was taken about an hour before Biscuits died. Kyla gave up 3 1/2 days of her life to put all of her efforts into saving him. He was born with the longest of odds and by living nearly 4 days, he beat those odds. I wish I hadn’t said that we wished he was eating more. That prompted many of you to tell us what we were doing wrong. The fact is he was eating very well. What I meant was we wished he could put on weight. He ate a lot, and he peed and pooped a lot. He just didn’t grow. It’s hard work for a little guy like him to support a large head with two complete faces."

The family even gave away the rest of the litter hoping to take care of the unusual kitten and give it all their attention. However, after he died, the family posted a short tribute on Facebook and wrote: "We thank all of you who have been so kind, prayed, and wished the best for Biscuits and Gravy. So many of you care and wanted to follow his progress, and said some very nice things to and about us. We will never forget your kindness!"

CNN reports the case of the only ever two-faced cat named Frank and Louie who lived for 15 years and even appeared in the Guinness World of Records book in 2006.