Barely a week after late Steve Irwin's daughter Bindi announced her engagement to childhood sweetheart Chandler Powell, a report reveals that she is already carrying his child. 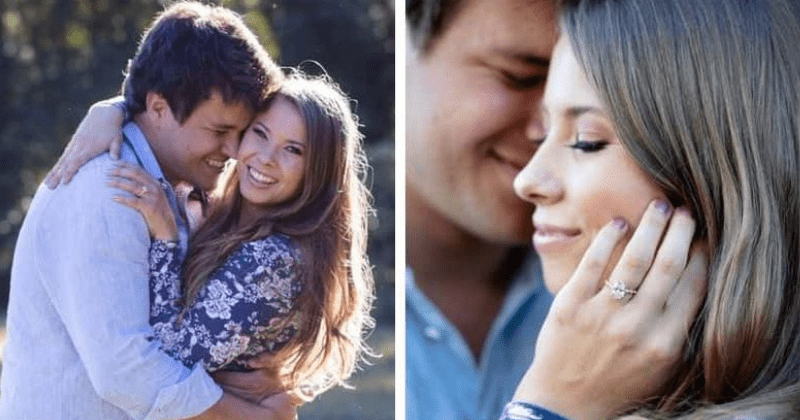 It has been barely a week since Bindi Irwin, daughter of the late 'Crocodile Hunter' Steve Irwin, had announced her engagement to her childhood sweetheart Chandler Powell. Bindi, who is a wildlife conservationist, similar to her parents, shared the news on social media last Wednesday that her longtime boyfriend Chandler Powell had proposed to her on the day of her 21st birthday.

“July 24th, 2019. On my birthday I said ‘yes’ and ‘forever’ to the love of my life,” Bindi captioned the snaps, flaunting her stunning ring.

She has been dating Chandler since 2013 and accepted his proposal without a moment's doubt. Chandler asked Bindi's hand in marriage at a zoo, under the pretense that they were just doing a photoshoot. "It seemed like the perfect way to embark on this incredible chapter in our lives," he said.

“Chandler was incredibly thoughtful when he chose it, the ring captures the essence of who I am (with its vintage flair) and our life together with the twisted band and scattered diamonds.”

Who will walk Bindi Irwin down the aisle? #HYBPA pic.twitter.com/dXpXoUB6lZ

But this is interesting, a new report published by New Idea, revealed that the American publication OK! had received information from various sources that Bindi is already carrying a child and is going to be a 'pregnant-wife'.

"They’ve been talking about starting a family since she was 19, but her mother Terri begged her to wait until she was 21," said an anonymous source to OK! "They've upheld their end of the bargain so now they can't wait to start trying for a baby. Bindi's already told her friends that she doesn't want to be fussed over even if she is going to be a pregnant bride".

Yes, there are even vulgar terms that are used to negatively describe children born to unmarried parents. However, this sort of issue seems more common in societies where marriage is more about families and community-culture rather than the two individuals who are in love. When two individuals truly love each other, with fidelity, chastity, and trust form the basis of their relationship,

The publication that reported this news also mentioned that Bindi's mother Terri Irwin is delighted with their decision to start a family. 'If Bindi and Chandler have a baby soon then she’ll have a whole generation of Irwins to raise!' added the anonymous source. "Honestly, all I want in life is Mum’s happiness," Bindi previously admitted.

Terri was super excited about the engagement as well and expressed her delight via Twitter. "I am so very happy, and I know Steve would be too," she said.

Adding that extra flair to every family photo... ❤️ pic.twitter.com/qODSf1P2KD

It was a heartwarming experience for everyone in the family. Yep, that includes Bindi's 15-year-old younger brother Robert, who helped Chandler with the proposal by capturing pictures of the special moment. No doubt the little man is all set to be a groomsman at his elder sister's big day.

“I am beyond happy,” Robert said on social media of Bindi’s engagement, adding he couldn’t think of a better couple. “You are true soulmates and have always been so completely perfect for each other.” Remembering her father, Bindi previously said in an interview: “Mum and Robert and I have talked about that a lot. We think Dad would have loved Chandler.”

Bindi Irwin writes note to late father, confirms brother will walk her down the aisle https://t.co/5rHzzxWoGG