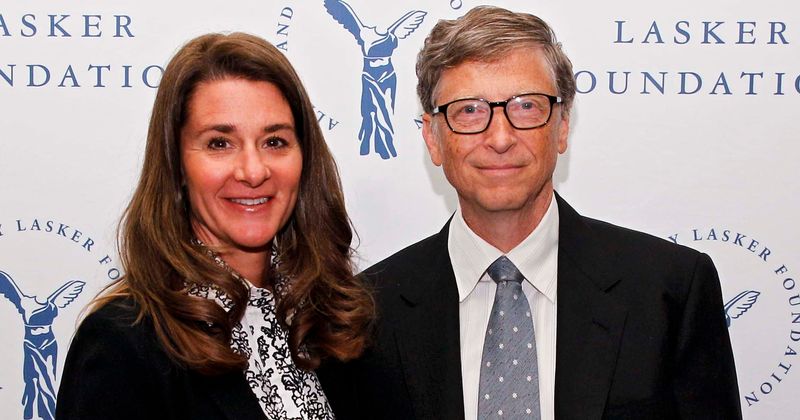 Bill and Melinda Gates have announced the end of their 27-year marriage. The Microsoft co-founder, who is one of the richest individuals in the world with a net worth estimated at $130.5 billion as per Forbes, met Melinda way back in 1987 at then-startup Microsoft. He had been working as the CEO there. The two got married in 1994 and now share three adult children: son Rory John, 21, and daughters Phoebe Adele, 18, and Jennifer Katharine, 25. The couple has been incredibly philanthropic through the years and has donated tens of billions of dollars to charity.  Bill Gates is now the world’s fourth-richest person, behind Amazon’s Jeff Bezos, LVMH’s Bernard Arnault, and Tesla’s Elon Musk. Gates first became the world’s richest person with a $12.9 billion fortune in 1995 just a year after he married Melinda.

Now, Melinda, philanthropist and former general manager at Microsoft, 56, has filed for divorce from Bill Gates, 65. Her petition for divorce filed in King County, Washington on Monday afternoon states that "spousal support is not needed" and that their marriage is "irretrievably broken," according to PEOPLE. "We ask the court to dissolve our marriage and find that our marital community ended on the date stated in our separation contract," she said in the petition for divorce. The couple does not have a prenuptial agreement, but will instead divide their assets according to a separation contract. This means that this particular agreement will lay down what each individual is entitled to and their responsibilities. However, it is unclear how their assets will be split.

Bill and Melinda Gates' divorce could be one of most expensive ever with £93billion fortune and no prenup https://t.co/U0hBz4GRJe pic.twitter.com/YkohlOrPpo

Jennifer Gates also opened up about her parents' divorce. The 25-year-old shared a statement on her Instagram story, saying, "By now many of you have heard the news that my parents are separating. It's been a challenging stretch of time for our whole family." She continued, "I'm still learning how to best support my own process and emotions as well as family members at this time, and am grateful for the space to do so. I won't personally comment further on anything around the separation, but please know that your kind words and support mean the world to me. Thank you for understanding our desire for privacy while we navigate the next phases of our lives," she concluded.

Melinda and Bill Gates have worked together on many initiatives. While she stepped back from her job at Microsoft after nine years, the mom-of-three launched the earliest version of the Bill and Melinda Gates Foundation back in 1994 with her husband.  “Working together as well as raising a family together, there’s a certain intensity to that. But we’re very lucky because we mostly see things the same way, the goals are very much the same,” Bill said in a 2019 Facebook Live, according to Us Weekly.

Back then, Melinda even praised her husband's efforts in being an equal partner who put in the effort at home too.  “I think people have a certain view of Bill, because he was a high-charging CEO running Microsoft,” the Texas native told USA Today while promoting her book, The Moment of Lift: How Empowering Women Changes the World in 2019. “I think people must think, ‘Oh well, Melinda must not really have equality with Bill.’ Actually, I have total equality with Bill. But it took a while for us to get there.” Despite their split, the two plan on working together on philanthropic efforts, which have addressed education, gender equality, and health care.