The billionaire even sought approval from his ex Ann Winblad, a Silicon Valley powerhouse, before marrying Melinda. 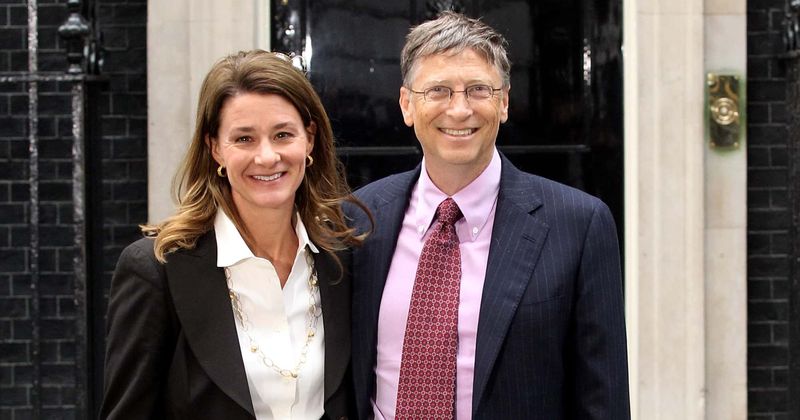 Bill Gates and Melinda Gates recently announced their decision to end their 27-year-marriage and with their split, stories of Bill Gates and his former girlfriend have resurfaced. Melinda, the philanthropist, and former general manager at Microsoft, 56, filed for divorce from Bill in King County, Washington on Monday afternoon and the petition states that "spousal support is not needed" and that their marriage is "irretrievably broken," according to PEOPLE. The couple does not have a prenuptial agreement, but will instead divide their assets according to a separation contract. Bill and Melinda Gates tied the knot in 1994 and share three adult children: son Rory John, 21, and daughters, Phoebe Adele, 18, and Jennifer Katharine, 25. But throughout his marriage to Melinda, Bill would go on yearly vacations with his former partner. Bill dated Ann Winblad, a software entrepreneur and venture capitalist, in the '80s. Bill, 65, and Winblad, 70, met in 1984 and broke up in 1987—but remained close for years.

Bill Gates spent weekends at the beach alone with his ex-girlfriend EVERY YEAR https://t.co/OtRkLMeBOf

Bill even asked his ex, Winblad, for her permission before marrying Melinda, according to PEOPLE. "When I was off on my own thinking about marrying Melinda, I called Ann and asked for her approval," he recalled to Time in 1997. Winblad responded positively and gave Bill the green signal to go ahead with his proposal. "I said she'd be a good match for him because she had intellectual stamina," she told the outlet.

But Bill needed some time before popping the question. In the 2019 Netflix series Inside Bill's Brain, Melinda said that she had walked in on her then-boyfriend making a pros-and-cons list about whether to marry her! "I took the idea of marriage very seriously," Bill explained in the documentary. "You know, we cared a lot for each other and there were only two possibilities: either, we were going to break up or we were going to get married."

Melinda said, "Bill wanted to be married, but he didn't know whether he could actually commit to it and have Microsoft." The 56-year-old pointed out to The Sunday Times in April 2019 that Bill was honest about his thought process. "When he was having trouble making the decision about getting married, he was incredibly clear that it was not about me," she told the outlet. "It was about, 'Can I get the balance right between work and family life?'"

As for Bill and Winblad, the two had such a strong bond that Bill never wanted to lose her. "Even now, Gates has an arrangement with his wife that he and Winblad can keep one vacation tradition alive," Walter Isaacson reported in his 1997 Time story on Bill's life and career. "Every spring, as they have for more than a decade, Gates spends a long weekend with Winblad at her beach cottage on the Outer Banks of North Carolina, where they ride dune buggies, hang-glide and walk on the beach." "We can play putt-putt while discussing biotechnology," he said at the time. Winblad added to the magazine, "We share our thoughts about the world and ourselves. And we marvel about how, as two young overachievers, we began a great adventure on the fringes of a little-known industry and it landed us at the center of an amazing universe."

According to Daily Mail, Bill and Ann first met in 1984 at a Ben Rosen-Esther Dyson computer conference. The pair spent time on 'virtual dates' as they were in different cities. They would go to the same movie and then later talk about it on their phones. The two ended their relationship after three years. At one point, they even got into business together, and Bill partnered with Ann on Hummer Winblad Venture Partners in 1999. Currently, Ann is married to San Francisco private investigator Edward Alex Kline, 63, who is the younger brother of actor Kevin Kline.

Ann Winblad, is a power house- has been at the helm of myriad companies and startups and is argued that she practically built Silicon Valley. But in the next few days, she will be reduced to simply as Bill Gates Ex-Girlfriend.