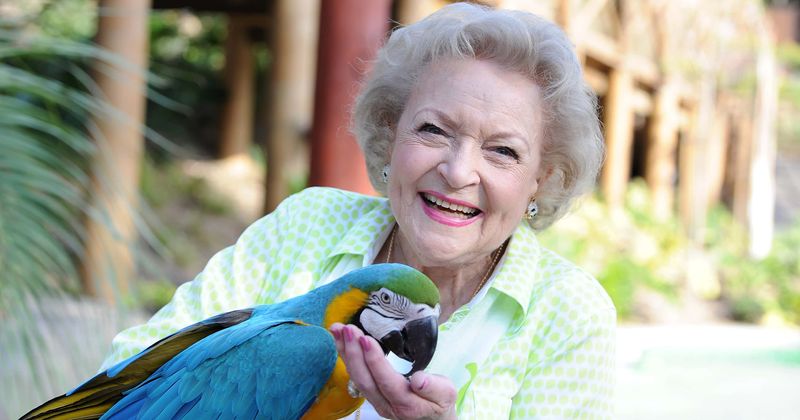 Age got nothing on this Golden Girl. Betty White may have turned 98-years-old in January this year but that isn't going to slow her down, nor is the pandemic apparently. She will be starring in a much-anticipated Lifetime Christmas movie that is coming out later this year. White's character "helps whip would-be Santas into shape, spreading the true meaning of Christmas," and her work as a Santa whisperer leads everyone to wonder if she's secretly Mrs. Claus, according to Entertainment Tonight. Lifetime is popular for its holiday movie line-up and this year's "It's a Wonderful Lifetime," slate will include a film starring White.

She's not just a national treasure; she's a world treasure! What a woman. 💞

Lifetime will feature 28 movies including The Road Home for Christmas starring Marie Osmond, Merry Liddle Christmas starring Kelly Rowland, and Christmas Reservations starring Melissa Joan Hart. The coronavirus pandemic has slowed down production and the holiday movies are at various stages right now. But they are scheduled to premiere on Lifetime on October 25. According to CBS News, White recently voiced Bitey White in Toy Story 4 and the Disney+ spinoff Forky Asks a Question. But fans haven't seen the star in front of the screen for a long time! Last we saw her was as a guest on Young & Hungry and Bones back in 2017!

As we reported earlier, "Betty is fine" amid the pandemic. America's favorite nonagenarian rang in her 98th birthday on January 17 and her wit and zest for life remain the same as ever. A friend of the comedian shared that White planned to celebrate her birthday with close friends and tons of good humor. "She still likes to drink, laugh, and tell stories. It will be at her home with her longtime friends and stepchildren. She’s still close with them and their children. They’ll order food in and have fun," said the insider.

"She doesn’t have any major health problems. She says she’s a little ‘creaky.’ Walking is a bit of an issue and she uses a walker at home, but she’s OK. And she’s still quick with a one-liner," the friend continued. The insider also spoke about how White feels about her age, revealing that the actress has become more choosy about reasons to leave the house. "She still gets job offers, but that part of her life is probably over. Everyone wants her to retire to [her vacation property in Carmel, California], but Hollywood is in her blood. She likes to be close to the action, even at her age," they said.

Having just celebrated 98 years of being a badass, fans can't wait to see the legend back on screen. Did you know her second husband Lane Allen had actually told her to quit show business? That's right! Her second marriage took place in 1947 to Hollywood agent Lane Allen, but the couple was divorced by 1949. The star reportedly said, "He didn't want me to be in show business. When you have a calling you have to follow it, so I made the choice, blew the marriage and I've never regretted it." Thank goodness for that!

Nothing like Betty White to brighten your day. 💕 What's your favorite Betty White role, friends? pic.twitter.com/7rkL5Rysze

She finally ended up meeting a man who would support her dreams and still love her with all his heart. At 39 years old, she met game show host Allen Ludden, a widower and father of three, when she appeared as a contestant on his popular game show, Password. The two fell in love and despite persistently proposing to the star, White only gave in after a year and the two were married in 1963. He apparently wore the engagement ring on a chain around his neck until she finally agreed to marry him. The two ended up together for 18 beautiful years till Ludden succumbed to stomach cancer in 1981.

In 2015, she admitted that she regretted rejecting Ludden's earlier proposals "I spent a whole year, wasted a whole year that Allen and I could have had together, saying, 'No, I wouldn't marry him. No, I won't. No, I won't leave California. No, I won't move to New York,'" she told Oprah Winfrey.  Despite the many ups and downs in her long life, the Golden Girls alum revealed that the key to staying youthful is to be passionate. "I think that everybody should cultivate a passion. Don’t be afraid to really get hooked on something. It’s your mental attitude. So many of us start dreading age. Make the most of it," she said at the time.