'They were a lovely couple, and they were adorable together. She wore the same ring he gave her as long as I’ve known her. That was her love story.' 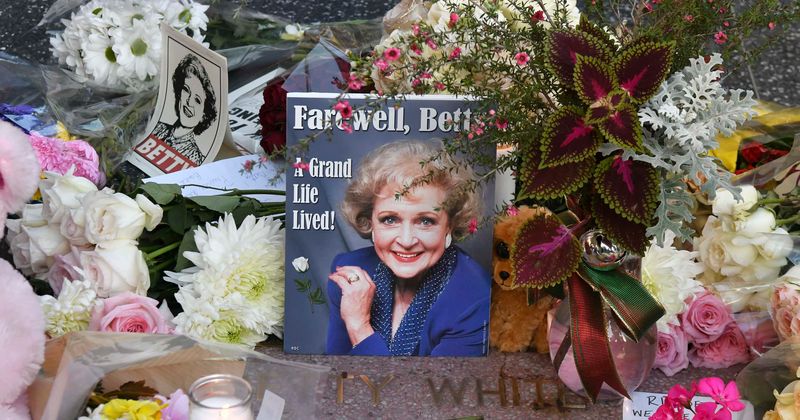 In her final moments, the legendary Betty White was reportedly thinking of the love of her life. White's longtime friend and former "Carol Burnett Show" co-star Vicki Lawrence made the heartwarming revelation while speaking to The Hollywood Reporter about the TV icon's final days and the sweet stories of their friendship. "I hadn't been able to reach her lately. I wrote her a long letter a while back but she did not answer, which was unlike her. I knew she was not well, and this was coming, but it was still sad not to hear from her. I talked to Carol [Burnett] yesterday, and we agreed it is so fu**ing hard to watch the people you love go away," she said.

"She said she spoke to Betty's assistant, who was with her when she passed, and she said the last word out of her mouth was 'Allen.' That's so lovingly sweet. I hope that is true," Lawrence shared. Reminiscing about White's marriage to the late Allen Ludden—who died in 1981—she said: "I remember a Christmas party of ours, shortly before Allen passed away. It was the biggest Christmas party we've ever thrown—with the valet parking, bartenders, caterers—in our house in the Valley. [Betty and Allen] asked us, 'Where can we sit that would be quiet?'"

1/3 Betty White kept a photo of her late husband Allen Ludden at her bedside & would blow him a kiss every morning. Over 40 years the photo faded, and I had the great honor of restoring it for her (pic in 2/3). If there is an afterlife, I hope she's with her Allen. #BettyWhiteRIP pic.twitter.com/am7JIqlCSa

"I remember Allen taking her into our bedroom because we had a little table and two chairs right in a bay window that overlooked the whole city, and they sat there and had a quiet, lovely romantic dinner in the middle of this huge party. They were a lovely couple, and they were adorable together. She drove the car he gave her for as long as I can remember. She wore the same ring he gave her as long as I’ve known her. That was her love story," Lawrence added.

2/3 Here’s the before and after of the photo of Betty White's beloved, Allen Ludden, that I restored for her earlier this year. It was an honor to be useful for this great lady. She sent me a lovely thank you note (pic in 3/3) #BettyWhite pic.twitter.com/sRz8tlpW28

"Right after 'Mama's Family' started, Betty invited us over for dinner. I don't remember any other celebrities there, so it must have just been close friends. It was a lovely dinner, game night, and lots of fun, lots of laughter. Al and I were really young then, in our 30s. We were driving home, and we hadn't been married that long. We were very quiet, and we're just thinking about how fun it was, and Al [Schultz, Lawrence’s husband] says to me, 'I'm going to tell you something, and don't get mad at me, but I swear to God if something ever happened to you, I could date Betty White.' I was very quiet, and I said, 'If something happens to you, I could date Betty White!' We were both so in love with her," she revealed.

White's agent and close friend Jeff Witjas also shared insight into the late TV icon's final days while talking to PEOPLE last week. "She knew it, but I would tell her often," Witjas said. "Even when she wasn't working, I said, 'Betty, millions of people out there are still asking for you. You're getting your fan letters, I'm getting offers for you.' I don't know if she ever embraced it, [or] really, really felt it. The extent of it. I really don't. I would always reinforce it with her because I always felt she should know that. I never wanted her to think while she was sitting at home, that the world has passed her by. It never did."

"Betty lived a great life and she lived a life that she chose. She was happy," Witjas added. "Every time I told her, 'Betty, you're loved,' she would look at me with a wry smile and say, 'Really?' I hope she knew. I think she did. It was something beyond love." Looking back at the close bond he shared with the "Golden Girls" star, he said: "She was an incredible lady. Hard to put into words. We had a special relationship, far more than just a client. We became really good friends and we always laughed no matter what we did. She was always positive and she always saw the bright side. She promised me she would live to 100 — and she almost did."