Holocaust testimony indexer recalled Wahrenberg's name from Grebenshikoff's testimony she had given, 24 years ago. 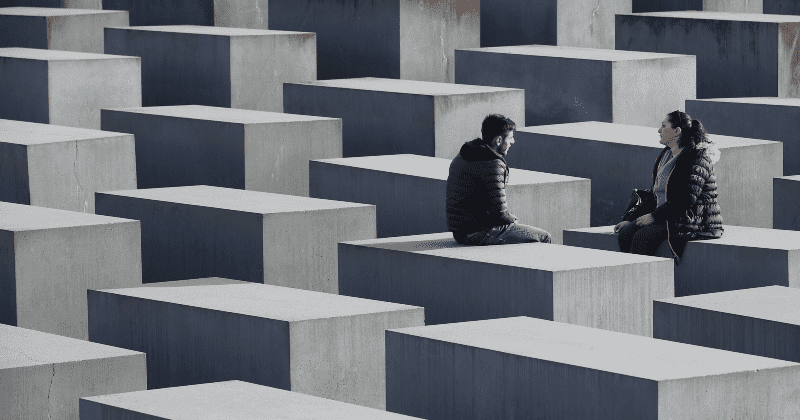 Betty Grebenshikoff and Ana Maria Wahrenberg were separated as 9-year-olds in 1939 as the Nazis cracked down on Jewish people. For more than 80 years, the two Jewish girls assumed each other had died in the holocaust. Ana Maria Wahrenberg's family had fled to Chile while Betty Grebenshikoff's family found their way to the United States via Shanghai. It took some impressive detective work on the part of Holocaust testimony indexer, Ita Gordon, to reunited the childhood friends over a Zoom call. The USC Shoah Foundation, founded by director Steven Spielberg, has an archive containing more than 55,000 video testimonies from survivors and witnesses of genocide. It proved to be the link that Gordon needed. Ita Gordon was listening to Wahrenberg speak at a virtual Kristallnacht event when the name struck a chord. He had heard the name Wahrenberg in Grebenschikoff’s testimony that was given to the foundation 24 years ago, reported The Times Of Israel.

The pair said their goodbyes at a Berlin schoolyard in 1939 only to meet nearly 80 years later, thanks to the sharp memory of the Holocaust testimony indexer. “In her [USC Shoah Foundation] testimony, Betty said she had been actively searching for her long-lost friend for her entire life; she even specifically mentions Ana María’s name in the hopes that this will help her find her best childhood friend,” said Rachael Cerrotti, who works as a creative producer for the foundation. Gordon tracked the testimony and made calls to the Museo Interactivo Judio de Chile, where Ana María worked. The indexer got through to Betty Grebenshikoff, who often spoke at events held at the Florida Holocaust Museum. Gordon then made calls to confirm Grebenshikoff was indeed speaking of this Wahrenberg. They connected via a Zoom call in November with families of both of them overjoyed at meeting each other. While they may have not seen each other for 80 years, they connected like they had separated yesterday. “It was so natural for them,” said Lucas Kirschman, one of Grebenschikoff’s seven grandchildren. “They picked back up and they were talking about random stuff, like no big deal… And it’s almost like language could have been a barrier, but it absolutely wasn’t at all," said Kirschman. It was also the first time they had heard their grandmother speak German.

The childhood friends have since been in contact over WhatsApp and Zoom calls and talk every Sunday for over an hour. "We will never catch up! Our conversations are great, we still have common interests and of course many, many memories that we still share. As soon as we get out of this horrible pandemic, we will try to get together in some corner of the world," said Wahrenberg. Grebenschikoff said she always spoke of her friend and took her name in speeches, testimonies, and documentaries, in the hope of finding her. It might have taken 80 years but it worked. "It is a miracle and a mitzvah for us both. She is now called Ana Maria. She remembers me by my previous name of Ilse Kohn. We are hoping for a proper live reunion in person in the fall of 2021," said Grebenschikoff.

The pogrom Kristallnacht (the night of broken glass) changed their lives forever. "My sister and I were told by my parents to be very quiet so that our neighbors would think we were not at home. While the glass shattered in the streets and our synagogues burned, I finally realized what rampant anti-Semitism meant," said Grebenschikoff. "That night, I understood why my Aryan friends had turned against me, threw stones at me, and called me a dirty Jew." Wahrenberg's father was arrested and taken to Sachsenhausen concentration camp. He made it to Chile after presenting a visa to emigrate but all their relatives died in concentration camps.