Beautiful Mandarin Ducks Spotted In Canada After A Year's Gap

These elegant birds with multicolored feathers are found in lakes and parks in various parts of the world. 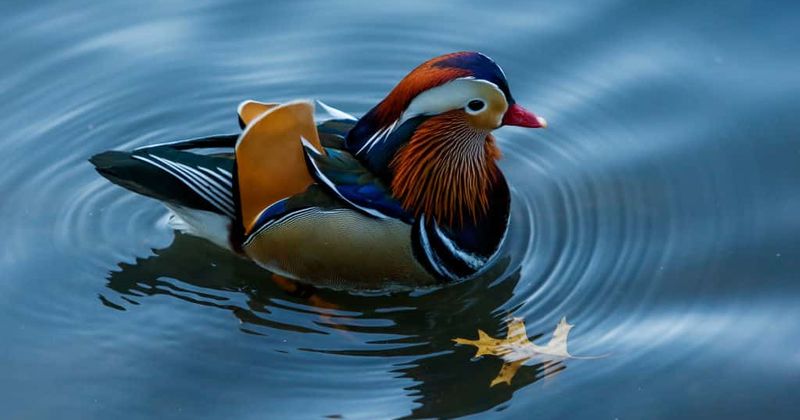 Ever since one of them was spotted in Central Park in New York, the Mandarin Duck has become a craze among birders and conservationists alike in the country. This exotic-looking bird cannot be mistaken and is neither conspicuous with their bright and multicolored feathers. The bird recently came to the limelight in 2018 and its pictures immediately flooded social media and some were featured in newspapers and magazines. The Cut even called this handsome feathered creature "New York’s Most Eligible Bachelor" that year. Another Mandarin Duck was also spotted in Canada.

This was in the Canadian part of British Columbia, where the bird was swimming at Burnaby Lake and Deer Lake in suburban Vancouver. A year later it was nowhere to be found. This year, the bird has once again made it's appearance to the delight of everyone. According to the Wildlife Trust, "The beautiful mandarin duck was introduced from the Far East, where it can still be found in China, Japan, Korea and parts of Russia. It escaped, or was deliberately released, from captivity in the UK. Mandarin ducks are actually quite shy birds, often hiding beneath overhanging willows and usually only forming small flocks."

The Mandarin Duck is also found "on park lakes and other wetlands with overhanging trees, mainly in South East England, but also in North England, Wales and Scotland." Some of these flocks can also be found in northern California and some parts of Florida as well. They are also found in other parts of the world such as Isreal and Africa. While these birds are extremely beautiful and look exotic, they are not native species and could be quite disastrous to the local ecology if not kept in check. They could quickly take over and overrun the local wildlife.

In the UK for example, which has one of the highest populations of this species among other countries, these ducks have built up quite "a sizable feral population...after escaping from captive collections. The 7,000 that live here now represent a little less than ten percent of an otherwise declining global population – potentially an important buffer against increasing habitat destruction in their Asian home range." Around the world, there are as many as 65,000 of thems still left. The male mandarin duck is the one that stands out with its ray of beautiful colors with a mixture of orange, green, white, blue-ish, and black feathers.

The female counterpart is not as distinctive and could even look like native female wood ducks. They are grey in color with a pale tip at the bill and a stripe behind the eye.
With regards to its habitat, "The mandarin duck nests in holes in trees, sometimes high up and a long way from the water. Shortly after the ducklings hatch, the female flies down and tries to coax the young to jump from the nest. Once they have left the tree and made their way back to water, the father will return to the family and help to protect the ducklings"

Their courtship rituals are also something to look forward to as they shake, mock drink and mock preen, and emit a sound that one researcher likened to "a half-repressed sneeze." Despite their dashing beauty, Mandarin Ducks are monogamous creatures, although polygamy and bigamy are not unknown among them.