Gorgeous "Full Strawberry Moon" To Take Place This Weekend, And You Won't Want To Miss It!

The sixth full moon to rise this year will be a beautiful Full Strawberry Moon with a bright pink hue! 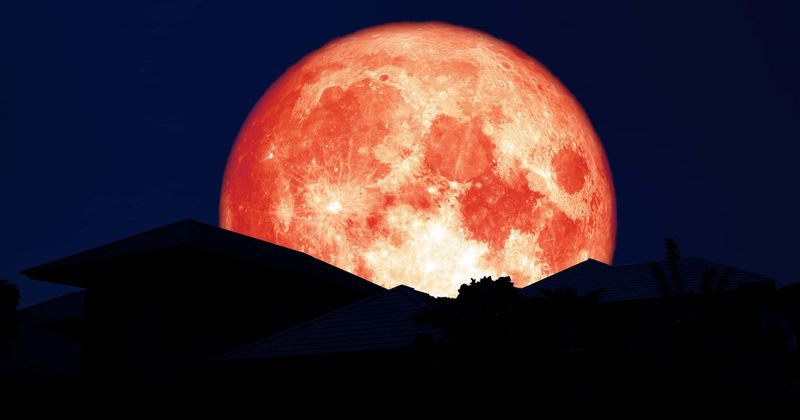 If you're looking to plan a romantic night with your partner or simply want to gaze at the brightest, most beautiful full moon of the year so far, then you're definitely in for a treat. The Full Strawberry Moon can be spotted this weekend, on Sunday, June 16, and is expected to light up the sky in a beautiful hue of bright berry pink, hence the fitting name. It was actually named so after strawberries ripening in the wild — how sweet! It's the sixth full moon to take place in 2019 and will peak in brightness on Monday, June 17, reports Express.co.uk.

So, if you're not worried about losing out on a little bit of sleep this weekend, it may be worthwhile to plan a night of moongazing. The Full Strawberry Moon can be witnessed over the nightside of the Earth everywhere at the exact same time. It is also expected to peak in brightness in this manner. However, be sure to take into account that there will be some slight differences due to timezones. In the United Kingdom, for example, the Full Moon phase will peak at 9.30 am BST.

Do make sure to take stock of what the visibility will be like in your area during the time of peak brightness — after all, you wouldn't want to be disappointed about missing out on the bright pink shade because of a few rain clouds! Whether or not you do witness the Full Strawberry Moon, you definitely won't be able to ignore how bright and stunning the moon looks over the weekend, at least for two to three days around the peak of its brightness.

Now, you may be wondering, "How did the Full Strawberry Moon get its name?" Well, here's the answer: most of the names we use today to refer to full moons are derived from the names assigned to them by Native American tribes in Eastern parts of the United States. The moon's phases would often be given names that reflect changes in the landscape in order to keep track of time. As Amy Nieskens of the Old Farmer’s Almanac explained, “June’s Moon is known as the Full Strawberry Moon. Algonquin tribes knew this Moon as the time to gather ripening strawberries. In places where strawberries aren’t native, this Moon was also known as the Rose Moon and the Hot Moon."

If you're an astrology buff, the Full Strawberry Moon brings along with its brightness and bright colors a massive shift in energy. Allegedly, this full moon and its various elements help journeys go well and safely — that means it may be time to book some tickets and pack your suitcases for that trip you've been planning forever. Moreover, as all the stars and planets in our solar system position themselves in a way that supposedly promotes change in both small and big forms, you can expect some forms of disruption as the full moon rises. It might just be the right juncture in time to take some pivotal decisions!