Bear In Italy Is Sentenced To Death After Attacking Hikers

Animal rights groups have called for the sentence to be lifted. 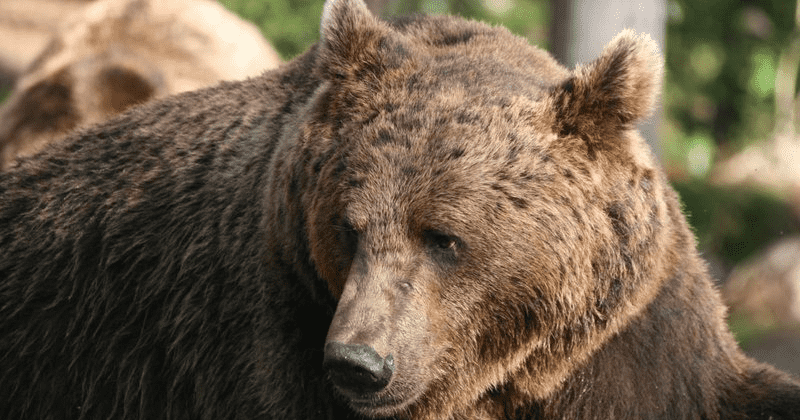 Trigger Warning: The story has details of an animal attack that readers may find disturbing

A bear in Italy that attacked hikers has been sentenced to death by the government of the province where the incident took place. Many activists and animal rights groups are, however, calling for the sentence to be lifted. Christian Misseroni, 28,  and his father, Fabio Misseroni, 59, were on a hike on Monday on Mount Peller in far north Trentino when a female bear suddenly leaped into their path out of nowhere. According to a report by CNN, Christian's leg was bitten by the animal and his father jumped on the animal's back so that he could escape. The bear then turned his attention to Fabio, breaking his leg in three places with a swipe. Christian then tried to distract the animal and clapped his hands while also jumping up and down to distract the animal from his father. The bear ultimately ran away.

Animal rights groups in Italy are calling on authorities to lift a death sentence on a brown bear that attacked a father and son last week on a hiking trail in the northern region of Trentino.https://t.co/hlQypbOAaG

Following the attack, Maurizio Fugatti, the Trentino governor, signed a cull order allowing for the capture and kill of the bear. The latest report suggests that the authorities are trying to identify the bear using DNA samples garnered from the saliva and fur as well as the bite wounds on the two men's clothing.  Even Sergio Costa, the Italian environment minister, said he was opposed to the idea of culling the bear for the attack. Costa wrote a letter to Fugatti highlighting his point of view and said that the bear might have been protecting her cubs. "Only after collecting certain scientific information on the animal involved in the accident with the two citizens we will be able to evaluate technical solutions that, in my opinion, must not result in killing the animal," he wrote.

Sentenced to death? It’s a wild animal FFS. Attacking people that venture into its domain is kind of its job. https://t.co/NyOWMnnFBo

This sentiment has been growing in the case of the attack, with an online petition being started for the end of the sentence by activists. The petition has already received over 22,000 of the required 25,000 signatures as of Tuesday, shortly after it was started.  Activists also want the details of the circumstance under which the bear attacked the two hikers to be made clearer. Animalisti Italiani, an animal rights groups in the country, and the World Wide Fund for Nature have also called on the local government to start a full investigation to be carried out on the incident, including whether the father or son did anything to taunt the bear. The Misseronis have denied doing anything to provoke the animal. Local authorities have the ability to identify each bear from their database of bear DNA collected from feces, fur, and saliva.

sentencing a bear to death! seriously! have they totally lost it in italy? may be God would punish them for it, Nature belongs to animals and not to humans, if you want to share nature with them, you need to learn how to co-exist with animals, bears are not the MAFIA! Don't do it

Surveillance cameras are also often used to match the DNA to the animals. In the case of bears attacking humans, Italy's National Institute for Environmental Protection and Research regulations call for bears to be euthanized. Around the country, there have been a number of cases of bear attacks in recent years. Some weeks ago, a video of a bear following a 12-year-old boy also in Trentino was filmed by his stepfather. The video shows the father asking the boy to move slowly towards him as he films the entire encounter. Behind, one can see a huge bear slowly crouching and following the pair, according to a report in Mercury News. In the video which has since gone viral and picked up by major media outlets around the world, Loris Calliari can be heard telling his son Alessandro to walk calmly towards him. The boy's mother is heard screaming in the background.

The calm demeanor of the boy and his father in such a situation is commendable. Calliari and his family of six were on a mountain excursion. Alessandro was picking up pine cones in the bushes where the bear was asleep. When the animal awakened and stood up, Alessandro, who loves bears, asked his stepfather to take a picture of him with the bear behind him. The bear then started to move towards him. “I told him to walk slowly, to be careful, that I will take a picture but to move. I was nervous at first but then saw that the bear was not scared, was not acting, so I calmed down,” said Calliari.