Former model Loni Willison battled drug addiction and suffered from mental health issues in the past. 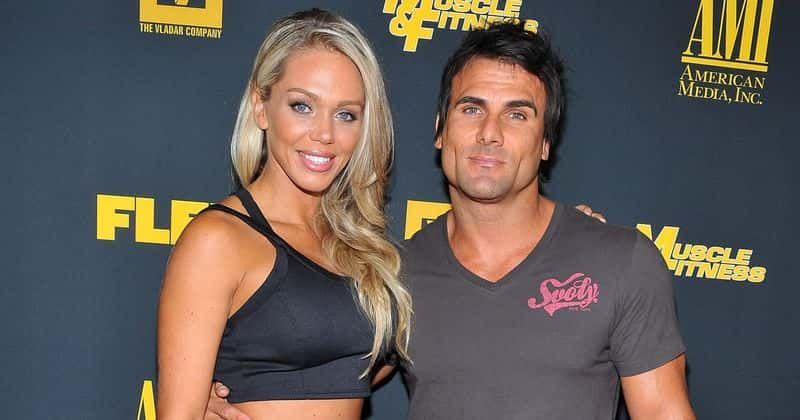 Loni Willison, the ex-wife of Baywatch star Jeremy Jackson, has been found living on the streets in a tragic turn of events. The former fitness model had been missing for 2 years after battling drug addiction and mental health issues. She has now been found on the streets of Los Angeles. Willison said she preferred to live her own way, without her friends, on the streets. She was also featured on the cover of popular fitness magazines at one point. She had disappeared in 2018 as friends failed to get her to rehab to battle her addiction to crystal meth. Willison had married the Baywatch star Jackson in 2012 but split after he allegedly attacked her multiple times while inebriated at their West Hollywood home. She had suffered a mental breakdown in 2016 while working as an assistant at an LA cosmetic surgery center. Following the breakdown, she is said to have lost her job, car, and apartment, forcing her to live on the streets. The former model was allegedly spotted with a troller containing her belongings on the streets.

Willison said she didn't want any help and said she was doing fine. "I haven’t spoken to Jeremy. I don’t want to speak to my friends, I’m doing just fine. I don’t want anyone to help me," she told The Sun. Willison said she would often go through dumpsters and trash cans behind multi-million dollar homes in Los Angeles' Venice district. "I can live on my own. I’ve got everything I need right here. Nobody really cares about me and I don’t want to see them, they don’t want to see me. I haven’t got a cell phone. I’ve got food and I’ve got a place to sleep. I get money here and there and there’s food in the bins and near the stores. There’s lots here."

what the hell is going on, nothing is perfect in this life Loni Willison 😔🙏 pic.twitter.com/dEuHkujGtU

In 2018, Willison revealed she hadn't showered for over a year and wanted to keep herself dirty to prevent being assaulted or raped on the streets. Former model Kristin Rossetti, a friend of Willison's, tried to help her at the time, offering to cover addiction treatment worth $90,000. Rossetti tried to get her off the streets and was reunited with her old friend in an emotional moment caught on camera by DailyMailTV. Rossetti took her to a hotel when she was treated to a hot meal, shower, and clean clothes. After staying the night, Willison told Rossetti she wanted to get high and left immediately. Rossetti was shocked by the abrupt exit and said her friend had changed drastically after living on the streets. "It was unbelievable. I spent the night with her and it's not the person I knew, the look on her face, there's something completely missing," said a heartbroken Rossetti.

On the day Willison was found on the streets, her ex, Jeremy Jackson, turned 40. He played Hobie Buchanan on Baywatch from 1991 to 1999 alongside his screen dad David Hasselhoff and other stars including Pamela Anderson, Donna D’Errico, and Yasmine Bleeth. The child star himself has battled drug addiction and has been jailed for possession and distribution of drugs, and stabbing a woman during an argument among other things. He admitted he didn't have much control over his life back then.

"I smoked pot every day, and I did cocaine until it stopped working." In Celebrity Rehab With Dr. Drew in 2011, Jackson said, "I had the fame, I had the girls, I had the money, and I threw it away. My drug of choice was crystal meth, and it was big-time downhill from that point on. I was drinking, doing coke, chasing this high with girls and sex. It was out of control." He is currently a top figure in the LA fitness circuit.