Streisand, 79, released the first single from her upcoming album "Release Me 2" 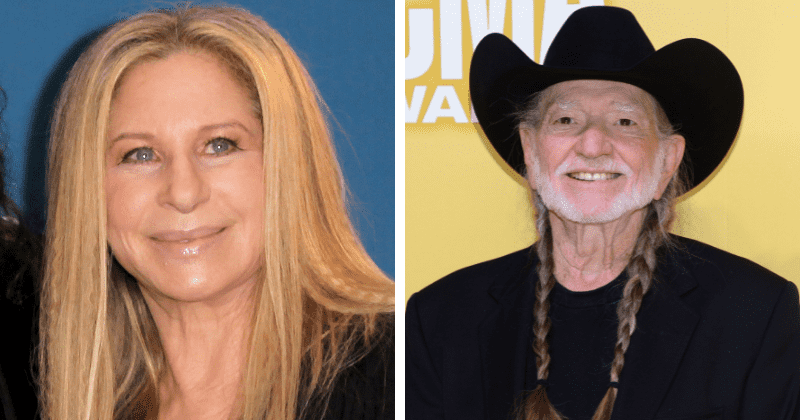 According to PEOPLE, 79-year-old Streisand wrote in the album's notes: For me, the studio is a combination musical playground and laboratory… a private sanctuary, where the possibility of catching lightning in a bottle always exists. Whenever that kind of magic happens, it's extremely satisfying. Sometimes though, when the arrangement doesn't quite gel or the song no longer fits the tone of the album it was meant for, the tapes go into the vault for safekeeping. Working on this 2nd volume of Release Me has been a lovely walk down memory lane. A chance to revisit, and in some cases, add a finishing instrumental touch to songs that still resonate for me in meaningful ways.

JUST WOW!! Shear perfection! A voice that can move mountains. Your voice and music make me so emotional ❤️💖❤️ Great pairing with the great Willie Nelson

Along with the Nelson duet, some of the songs to be released in the 10-track album include "Be Aware" and "One Day (A Prayer)," which she felt "still speak to our collective sense of humanity" today. Other duets include "Rainbow Connection" with Kermit the Frog, "If Only You Were Mine" with Barry Gibb, "Sweet Forgiveness," which was recorded in 1994, and "Right as the Rain," the track penned for Broadway musical Bloomer Girl. Fans will also be interested in knowing that there will be several musical covers in the album as well. The album features Streisand interpreting Carole King's "You Light Up My Life" and Randy Newman's "Living Without You."

A "lost" duet between Barbra Streisand and Kermit the Frog will debut on Streisand's new album this August! Yes, it's "Rainbow Connection". https://t.co/G0734ra0vf pic.twitter.com/QjTeTUbtPS

When Oprah asked if the award-winning actress and singer could acknowledge what her voice and art have meant to the world, Streisand responded, "At times. But that's like contemplating your navel. Every time I look out over that ocean and see the lights of the city at night, I am in awe. To have this house now feels like being 21—like I've just made it on Broadway and I get to have all this. On one hand, you're talking about me as a legend. On the other hand, I remember trying to get an apartment on Park Avenue in the early sixties when I was a big star, and either because I was Jewish or an actress, I couldn't get in. I had letters from the mayor, the governor, the attorney general.... And no matter how many sold-out shows I do, I also understand when my records don't sell as many copies anymore. I think, 'Well, I've been around for what, 40-some years?' I mean, it's the next person's turn. I could believe it if nobody came to see me.I wouldn't like it. But I'm also grateful that I've been around this long. I'm told I've had a number one album in every decade since the sixties."

Can't wait. You are one of my absolute favorites.

Release Me 2 will be available digitally and on CD with a 32-page booklet featuring liner notes by Streisand and Jay Landers. The album will be out on Aug. 6.

I'm here for ALL of it, but especially the duets with Willie and Kermit, plus Once You've Been in Love because Barbra + Michel Legrand = heaven on earth.