Obama Called George Floyd's Family, They "Experienced Solace" For The First Time Since His Death

Barack Obama used to make similar calls to grieving families during his eight years as US President. 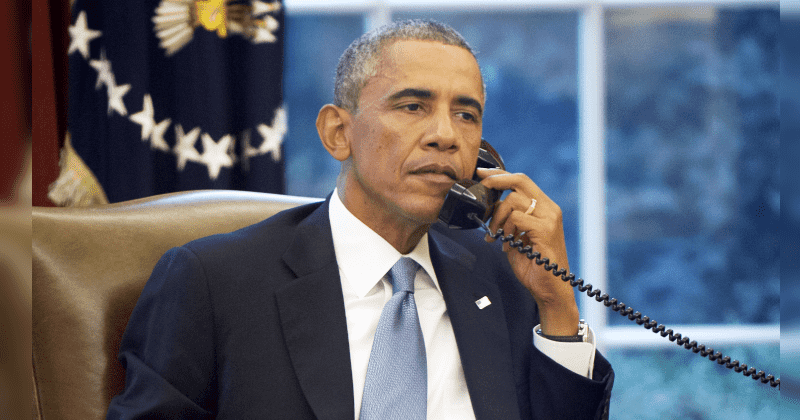 Former President Barack Obama spoke to George Floyd's family and offered his condolences just hours before the 46-year-old's memorial service. Obama spoke to Floyd's brother Philonise Floyd and offered his support. Reverend Al Sharpton told the family that the former President and former first lady were there for them in the call in which the Reverend also participated, reported The New York Times. Al Sharpton said Obama's words meant so much to Floyd's family that it was the first time they "really experienced solace" since his death.

“I want you to have hope. I want you to know you are not alone. I want you to know that Michelle and I will do anything you want me to do,” said Obama in the call to the family, said Sharpton. “That was the first time, I think, that the Floyd family really experienced solace since he died,” said Sharpton. The Reverend said the call lasted 25 minutes and described the call as emotional. For Obama, it felt like "a reprise of the calls he made to grieving families over his eight years in office."

George Floyd died of asphyxiation on May 25 after a White Minneapolis cop, Derek Chauvin, kneeled on his neck for over 8 minutes. Floyd's death was caught on camera and went viral on the internet, sparking protests across America. Obama's call to Floyd's family was in stark contrast to Donald Trump's call to the family. Philonise Floyd said his phone call with Trump was "so fast" and also claimed that the President hardly let him talk, cutting him off constantly. "He didn't give me an opportunity to even speak," said Floyd, reported CNN. "It was hard. I was trying to talk to him, but he just kept, like, pushing me off, like 'I don't want to hear what you're talking about.' And I just told him, I want justice. I said that I couldn't believe that they committed a modern-day lynching in broad daylight," said Floyd.

Trump's probable challenger in November elections, Joe Biden also spoke to Philonise Floyd, who pleaded to him for justice to be delivered. "I never had to beg a man before, but I asked [Biden] could he please, please get justice for my brother, please. Because I need it, I just don't want to see him on a shirt like those other guys. Nobody deserves that," said Floyd. Obama had also addressed the civil unrest in the wake of Floyd's death. "I want you to know that you matter, I want you to know that your lives matter, that your dreams matter," said Obama, reported People. "And when I go home and I look at the faces of my daughters, Sasha and Malia, and I look at my nephews and nieces, I see limitless potential that deserves to flourish and thrive, and you should be able to learn and make mistakes and live a life of joy without having to worry about what's going to happen when you walk to the store or go for a jog or are driving down the street or looking at some birds in a park."

He also addressed the other recent controversial deaths and offered support to the protester's cause. "Most of all the pain that's been experienced by the families of George and Breonna, Ahmaud, Tony and Sean, and too many others to mention, those that we thought about during that moment silence," said Obama. "And to those families who've been directly affected by the tragedy, please know that Michelle and I, and the nation, grieve with you, hold you in our prayers."

The quote "When the looting starts, the shooting starts" originated by a racist white Miami police chief named Walter Headley who targeted black people in 1967 ahead of the Republican convention.

Donald Trump used the same line tonight to threaten to shoot his own citizens.

On the other hand, Trump demonized the protests and labeled the protesters' thugs and anarchists. He also threatened to have them shot by the military. Trump tweeted: These THUGS are dishonoring the memory of George Floyd, and I won’t let that happen. I just spoke to Governor Tim Walz and told him that the Military is with him all the way. Any difficulty and we will assume control but, when the looting starts, the shooting starts.