She had been diagnosed with stage 4 lung cancer in late December and had stopped treatment recently. 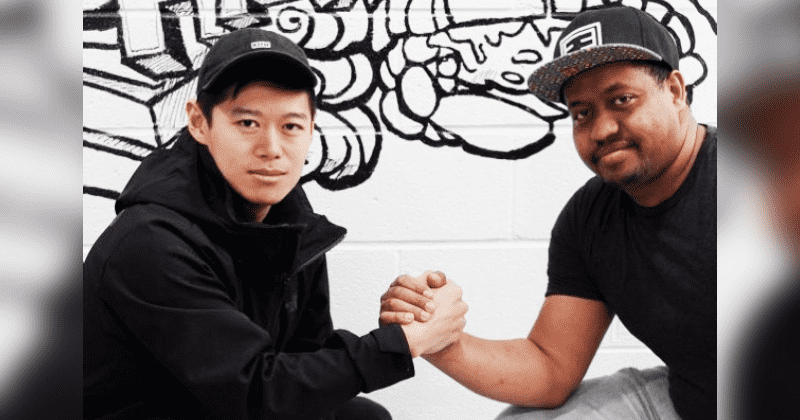 Brandon Jones' mother-in-law loved the tempura broccoli dish from a restaurant in Baltimore. So much that she often said she wanted to have it as her final dish. Then she got diagnosed with stage 4 lung cancer in late December and had stopped treatment. What Brandon Jones didn't expect was for the owner of the restaurant, Ekiben, to drive six hours to their house to cook for her. It all started after Jones, a Maryland resident, reached out to one of the owners of the restaurant, Steve Chu, asking if they could share the recipe via email, so that he could make it for his mother-in-law. Jones knew it was a long shot but they were planning to say their goodbyes and spend time with her.

Chu's response was unexpected. Chu, who's the co-owner of Ekiben, and a chef who specializes in Asian fusion cuisine, offered to drive down and cook it fresh for her at their home in Vermont, reported The Washington Post. Jones emailed back, "You do know that this is Vermont we’re talking about, right? It’s a six-hour drive.” Chu replied, "No problem. You tell us the date, time, and location and we’ll be there."

“She had always told us, ‘When I’m on my deathbed, I want to have that broccoli,’” said Rina Jones of her mother. “In fact, when I was packing on Friday to drive up to Vermont, I called my mom to see if she wanted us to bring anything special and she jokingly said, 'tempura broccoli!'" Rina's mother visited Ekiben in Fells Point regularly and ordered the same thing every time — tempura broccoli topped with fresh herbs, red onion, and rice vinegar.

If you're in Baltimore, please support Ekiben.

This post is amazing, and they helped me deliver sandwiches to frontline workers at Hopkins.

That aside, the food is amazing. I haven't tasted anything like it in Baltimore, San Francisco or NYC.https://t.co/fQtzxBmxhC pic.twitter.com/KNgONSVrgw

Chu drove down to Vermont in their pickup truck, along with Ekiben co-owner Ephrem Abebe, and their colleague Joe Añonuevo. They set up a makeshift kitchen on the bed of their truck at Rina’s mom’s house. They had trouble getting the fryer to reach the correct temperature, given the freezing conditions, but eventually got it done. They then got to work and made her favorite dish and boxed it up along with tofu nuggets with spicy peanut sauce and roasted garlic. Rina's mom was shocked when she got to the door. “My mom kept saying, ‘I don’t understand — you drove all the way up here to cook for me?’” recalled Rina, according to Baltimore Sun. “She was so happy and touched to have that broccoli. She couldn’t believe it.” Rina said they cried just thinking about the gesture.

Chu recognized Rina's mom as soon as he saw her. She was a regular at their restaurant. “We see a lot of people in the restaurant, but she always stood out,” said Chu. “She loves the food and always made sure to tell us. She’s an amazing, sweet lady.” Brandon Jones took to Facebook to share the touching gesture. "She has been undergoing treatment and it has greatly reduced her quality of life. We're making a trip up this weekend to potentially say our goodbyes and enjoy some time with her," wrote Jones. He was stunned they offered to drive down. "I'm still in disbelief that they would go to such lengths," said Jones.

Okay, I knew Steve and Ephram were great guys, but this is next level and now I'm tearing up right when I was trying to fall asleep.
If you've never had Ekiben, it's goddamn delicious. They specialize in steamed buns and mmmmm. https://t.co/YkbVvmdXP9

His post was shared on Baltimore City Council member Zeke Cohen's Facebook wall and he hailed the restaurant. "We hear a lot about the challenges of restaurants in Baltimore. Yet despite the pandemic, despite crime, some are still thriving. I always point to Ekiben as a business that always models respect for community and treats people with love. Plus their food is amazing!" wrote Cohen. Chu said it was all about being there for Rina's mother. “To me, it was a huge honor to be able to help fulfill the family’s wishes,” said Chu. “This is about her, not us. There was a lot of good, positive energy in doing this.”