The devastating incident occurred around 7:30 a.m. on Sunday in the 15500 block of West Nordhoff Street. 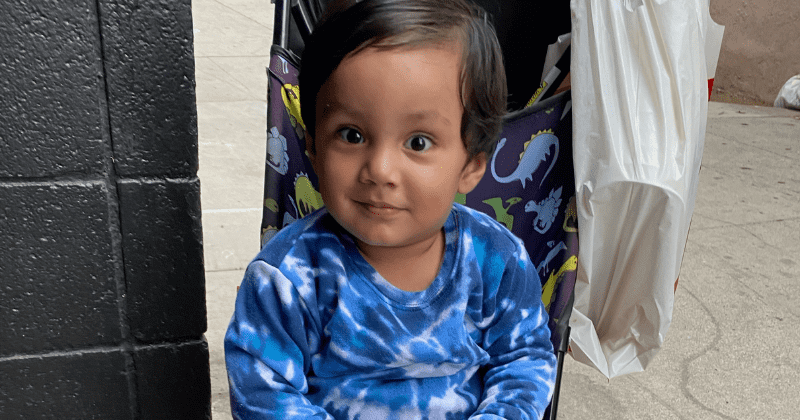 A family is left devastated after losing their 18-month-old baby to an accident that happened when two cars collided in North Hills on Sunday. The devastating incident occurred around 7:30 a.m. in the 15500 block of West Nordhoff Street, according to the Los Angeles Fire Department. According to ABC7, when the two cars crashed, the impact sent one of them careening into the toddler's stroller which was on the sidewalk at the time. "I feel like this is a nightmare that I'm just trying to wake up from because I try to take a nap, I wake up. I look for him. It's so painful," expressed the mother, Anna Morales, who is distraught.

The baby boy named Sebastian was with his food vendor grandparents when the deadly accident happened. They were selling tamales outside Our Lady of Peace Church, something they had been doing for the past 20 years. But in the early hours of Sunday, a 2016 Honda CRV collided with a Toyota Camry, according to the Los Angeles Police Department. The Honda was heading west on Nordhoff when it made a left turn and came in contact with the other car. The force sent it over the curb at the southeast corner of the intersection but instead of braking the driver of the CVR accelerated and the car headed towards the sidewalk where the boy was in his stroller near the food cart alongside an adult woman was standing there. It struck them both revealed LAPD Detective Lisset Fuentes according to Los Angeles Times.

"I don't know exactly what happened because I just hear the noise of the two cars crash," recalled the child's grandfather, Alfredo Morales. "And one of them came directly to the baby." Alfredo cannot believe that he has lost his loving grandchild. "I had him right next to me," he said. Both the child and the female pedestrian, who is not related to the family, were rushed to a local hospital for treatment. Unfortunately, the child died and the coroner's office identified him as Gerardo Sebastian Chavez Morales of North Hills. The woman remains in a hospital in serious condition.

Following the accident, the driver of the Honda, who was not identified, remained at the scene until the paramedics arrived. But the driver of the Toyota fled, however, a motorist did surrender to the Valley Traffic Division Station later tat day. The driver was reportedly interviewed in connection to the collision but no arrests have been made as of now. It was determined that the driver was not involved in the crash that happened in North Hills. The case is being treated as a hit and run but Fuentes said there is no indication that either driver was under the influence or speeding adding,  "the investigation is still fluid, so things might change."

As for the distressed mother, she misses her son immensely. Anna says that her son was born a fighter. "He was a preemie," Anna said adding that, "He was in the NICU for 65 days. I watched him fight for his life when he was born and it's crazy an accident like this has taken him from me." Sebastian was a happy child who was slowly growing into someone who loved dancing but now his mother's dream of seeing him grow up into a good man has been stolen away, such is the inevitability of life. A GoFundMe account has been set by by the child's family which described the boy as "amazing, sweet, and caring boy who truly brightened the lives of his family and those around him everyday."

"He was the sweetest, happiest baby who had such a bright future ahead of him. His sweet smile and character was enough to light up any room. We ask for any donations and prayers to help the family of Sebastian Chavez Morales during this extremely difficult time of mourning. Any and all donations are greatly appreciated, thank you," it continued. A make-shift memorial was set up in front of the church was decorated with flowers, candles and toys hours after the accident happened. "It’s a pain that I wouldn’t wish on anyone. ... No amount of money will bring back my baby," said tehheartbroken mom.