Alex's parents are calling on the government to pay more attention to science and not gamble on the lives of the people. 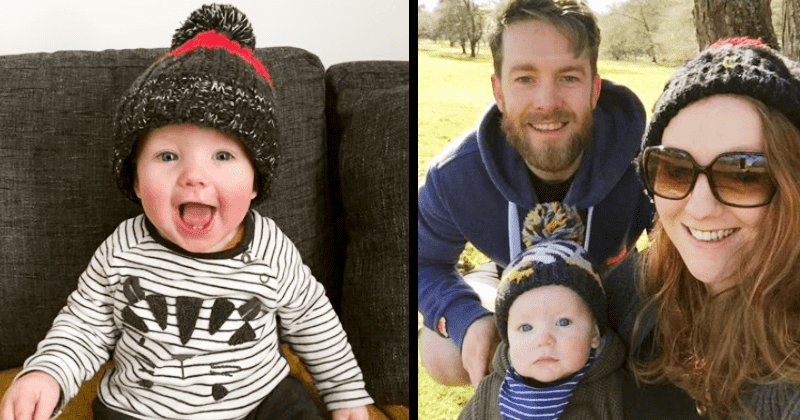 An eight-month baby died in the arms of his mother from a rare Coronavirus-related illness. Alexander Parsons was born a healthy boy but developed a rash that was soon diagnosed as Kawasaki disease, an illness that causes blood vessels to inflame. His condition worsened and Alexander Parsons became the youngest casualty of Kawasaki disease. Alex was a healthy boy with no underlying health conditions and was actively playing just two hours before suffering a ruptured aneurysm. Alexander Parsons' mother Kathryn Rowlands is heartbroken. “I can’t believe I carried him for longer than he was alive. I will never be whole again," said the 29-year-old. The world is slowly discovering the many effects of the Coronavirus, with the Kawasaki disease, which is triggered by the virus in children, being the latest.

When Alex developed a skin rash, Kathryn Rowlands imagined it was an infection. Alex looked like he had suffered a sunburn. He was running a temperature and had swollen lymph nodes. In no time, his hands and soles of his feet had turned red. Rowlands made a call to the hospital and the staff said it could be mumps but Alex then started vomiting. He was admitted to Derriford Hospital in Plymouth on April 6 and diagnosed with Kawasaki disease. It usually only affects children under the ages of five but since the pandemic, Europe has recorded more than 200 cases in children up to the age of 14.

Alex was moved to Bristol Royal Hospital for Children after his condition worsened. A heart scan revealed that Alex had suffered multiple coronary aneurysms, had enlarged arteries. Alex would pass away the next day. “I was about to try to settle him down for bed but he was so upset. He cried in a way I hadn’t heard. I held him and sang to him, then his head went back. He was floppy in my arms,” said Rowlands. The medical staff attempted to revive Alex but to no avail. "Then the doctors came out and said an aneurysm had burst and there was nothing they could do. I went in and I lay down next to him.” On account of the Coronavirus pandemic, Alex's father couldn't be with his son. “It’s a two-and-a-half-hour journey from the children’s hospital to home and only one of us could be with him at the time because of the virus,” said Jon, 30. “He was my greatest achievement. He could have gone on to do whatever he wanted with his life. Now he’ll only ever be eight months old," said Rowlands. You can support Alex's family by donating to their JustGiving page. For paren
More than 70 children in New York have been diagnosed with symptoms similar to Kawasaki disease.

Kathryn Rowlands slammed the British government for 'gambling' with the lives of people by not paying heed to scientists. The Tory government had dabbled with herd immunity before changing track, but by then the virus had spread rapidly across the country. “More parents will be in the same unimaginable position unless the Government starts to listen to the advice of scientists and stops gambling with people’s lives,” said Rowlands. She called on the government to study the link between Coronavirus and Kawasaki. The UK has now recorded the most Coronavirus deaths in Europe, only trailing behind America, another government that has little faith in science. The UK has recorded more than 34,000 deaths with a lot of deaths in care homes being unaccounted for. America has now crossed the 90,000 mark as far as Coronavirus deaths are concerned.

Knowing the symptoms of #Kawasakidisease can help to achieve a timely diagnosis. If your child exhibits a fever for 5 days or more, along with 2 or more symptoms of Kawasaki disease, consult with your doctor and be prepared to go to the hospital for further assessment/treatment pic.twitter.com/5LHkJFFPDT

“The fact they want children back in schools on June 1 is insane. More children will die,” said Rowlands. The UK and the US government, who have both failed miserably in the handling of the pandemic are the ones aggressively pushing to reopen the economy and schools. "Until we have got case numbers much lower, we should not consider reopening schools," said the British Medical Association, reported BBC. It remains to be seen what either government will do, considering it's neither have paid any heed to science so far in this pandemic.