Mónica Vega birthed baby girl, Itzmara. Emergency surgery was performed immediately to remove the parasitic twin from her body. Doctors say she is on her way to full recovery. 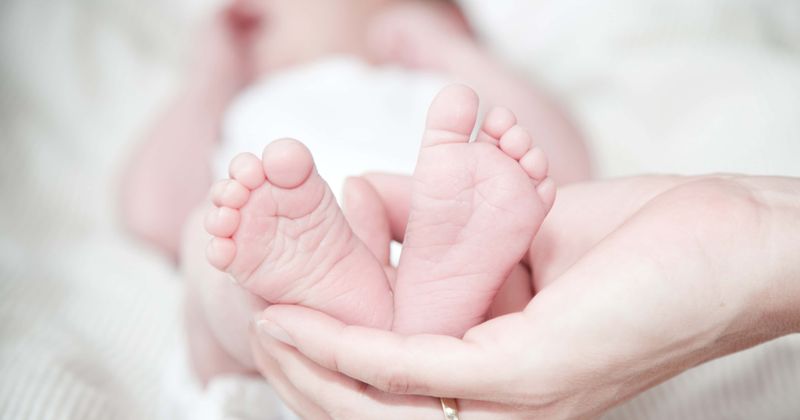 Mónica Vega, from Barranquilla, Colombia, was overjoyed when she realized she was pregnant. But looking at the ultrasound about two months before she gave birth, she knew something was amiss. During the ultrasound, she noticed two umbilical cords. It was not twins she was carrying. Rather her newborn baby had absorbed the fetus of her own twin while she was still in her mother's womb. The umbilical cord was part of the fetus that had stopped growing during the gestation period and was only a mass of flesh attached to the body of the live baby.  Soon after the delivery, emergency surgery was conducted wherein the baby's lifeless 'parasitic twin' was removed reports The Sun.

At seven months pregnant, Mónica Vega discovered she had two umbilical cords inside her. Doctors diagnosed her unborn daughter with a rare condition. @IOL_Lifestyle https://t.co/hJmauJFrqS

If this was not done immediately, chances were that it would have grown in size injuring the baby and hampering the development of her brain and organs. Vega had a C-section and 24 hours later, her girl was also operated on. The mass that came out of the baby had no brain or a heart. Vega's baby was named Itzmara. Both the baby's birth and the surgery performed on her were a grand success with the baby recovering well. The doctors said the little girl will face no further complications due to her prior condition. Itzmara's condition is called "fetus in fetu" a developmental abnormality that is extremely rare and takes place once in every 500,000 pregnancies. In fact, so far as many as 200 cases have been reported since 2010 according to the National Institutes of Health. This occurs due to the unequal division of cells when two fetuses are formed in the mother's womb.

baby girl named Itzmara born by C-section. A day later doctors performed a C-section on her 2, bcoz she had absorbed her twin in the womb

A baby was born 'pregnant' with her own sibling and needed an emergency C-section to remove ithttps://t.co/p7cTK5lFCD?
shared via @News24

The cutting edge ultrasound technology makes it possible to detect these cases during the pregnancy itself. In most cases like that of Itzmara, the lifeless twin is removed soon after birth. There are however a number of cases where the other fetus is lodged in the life twin growing with him or her into a tumor to a point it causes them hindrance in their daily lives. The case of a 17-year-old Indian girl who had a lump in her stomach that was increasing in size for years. The teen's stomach began to ache. Once doctors operated on her, they found that she was carrying her malformed twin all along. When she was operated on, a mass of flesh that had fully developed, teeth, hair, and partially developed limbs were removed from the teen.

Baby was born 'pregnant' with her own sibling and needed an emergency C-section: A baby girl named Itzmara was born through a cesarean delivery, and 24 hours later, doctors performed a C-section on her… https://t.co/PYjL18iNY8 #25thAmendmentNow #ImpeachTrump #TheResistance pic.twitter.com/3UFQZGalU9

Another similar case is that of a woman in Britain who found a mass of teeth, nails, and hair from her own twin. The lump was found when she was 9-months pregnant. Initially, doctors thought the mass was from 29-year-old Hannah Bridgewater's was her unborn baby's twin. But this mass was too old for that to be the case. She did not realize that she had been carrying her twin all along. One of the oldest cases of "fetus in fetu"  is believed to be that of a 47-yea-old Italian man who was found to have a fetus in his upper abdomen in the early 1990s.