The actor received an Oscar nomination for her role as the sharecropper’s wife in the movie 'Sounder'. 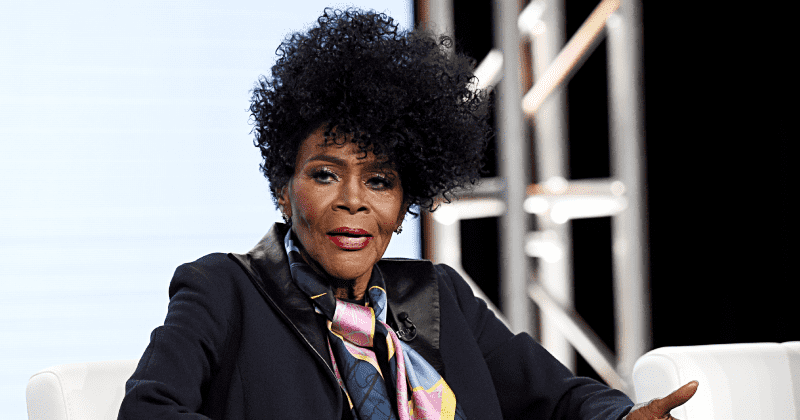 Legendary film, TV, and stage actor Cicely Tyson died at the age of 96. The Emmy-award-winning actor was known for playing strong African-American characters. She passed away on Thursday, said her family. "With heavy heart, the family of Miss Cicely Tyson announces her peaceful transition this afternoon," said her manager, Larry Thompson, in a statement, reported NBC News. "At this time, please allow the family their privacy." The family didn't reveal the cause of death. Cicely Tyson started out playing bit-part roles in films but grew into taking on starring roles, and insisted on playing realistic characters. Tyson received an Oscar-nomination for her roles as the sharecropper’s wife in Sounder, in 1972. Tyson won two Emmy awards for her role in The Autobiography of Miss Jane Pittman​ and a Tony award for her role in The Trip to Bountiful in 2013.

In her extraordinary career, Cicely Tyson was one of the rare award-winning actors whose work on the screen was surpassed only by what she was able to accomplish off of it. She had a heart unlike any other—and for 96 years, she left a mark on the world that few will ever match. pic.twitter.com/JRsL3zlKtP

Born in Harlem, she began getting small acting jobs after being noticed as a model for Ebony Magazine. She started carving out space for herself in the industry in the early 1970s. Some of her notable work included Fried Green Tomatoes (1991), Diary of a Mad Black Woman (2005), and The Help (2011). She also played the role of Binta, mother of the protagonist, Kunta Kinte, in the series Roots. She also played the role of Coretta Scott King in the 1978 series King and Harriet Tubman in the series A Woman Called Moses (1978).

She was asked about the success and prominence of Black women in Hollywood, in 2018 and Tyson said the recognition was long "overdue." This was at a time when Viola Davis and Kerry Washington had become successful and Black Panther was making waves at the box office. "It’s long overdue, I can tell you that. It has always been there. We have been a race of people that have been suppressed out of fear, and finally, we have been able to get a hold on the power that this industry wields," Tyson told NBC News. "It’s certainly because of our stick-to-it-iveness," she said. “I come from lowly status. I grew up in an area that was called the slums at the time. I still cannot imagine that I have met with presidents, kings, queens. How did I get here? I marvel at it.”

She was awarded the Presidential Medal of Freedom, the nation's highest civilian honor from then-President Barack Obama in 2016. "Cicely made a conscious decision not just to say lines but to speak out," said Obama, while honoring the actor. "I would not accept roles, she said, unless they projected us, particularly women, in a realistic light and dealt with us as human beings." She was also awarded the Kennedy Center Honors lifetime achievement award. Tyson was awarded an honorary Oscar in 2018 at the age of 93. She stressed the importance of faith and belief. "I don't know that I would cherish a better gift than this — this is the culmination of all those years, of have and have-not," said Tyson.

Tributes poured in for the iconic actor. Viola Davis shared a photo of the pair, and wrote, "My heart is just broken. I loved you so much!! You were everything to me! You made me feel loved and seen and valued in a world where there is still a cloak of invisibility for us dark chocolate girls. You gave me permission to dream…"

I remember when I was a Black boy in Toronto, fresh from Barbados, regularly chased around the schoolyard by racist kids. Seeing a family on screen that looked like mine was a rare, precious thing. Cicely Tyson reflected our pride and our fire back at us when we needed it most.🙏🏾 pic.twitter.com/wPHanO2MHx

Tyler Perry released a statement following Tyson's death. "She called me son. Well, today your son grieves your loss and will miss our long talks, your laughter from your belly, and your very presence," said Perry, reported CBS News.  "Always so regal, always so classy, always a lady, always a queen. Every time we would talk I would ask, 'How are you?' and you would say, 'I'm still here. He must have something he wants me to do.' Well, I think it's safe to say you have done all you were put here to do, and we are all better for it."