Where Is Asha Degree? The North Carolina Girl, 9, Who Disappeared 20 Yrs Ago On Valentine's Day

The then-fourth grader was spotted walking along the highway at 4 am on the day of her disappearance. 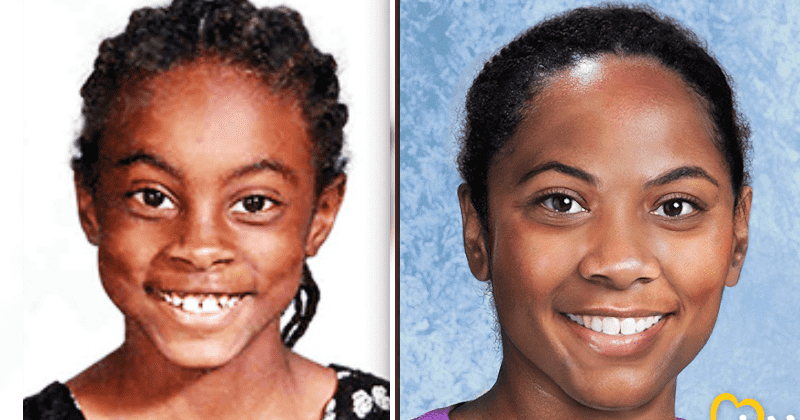 February 14 is a day to celebrate love, but for a family from North Carolina, Valentine's Day will always be a reminder of the day they lost their beloved daughter. Asha Degree went missing from her bedroom at 2.30 am on February 14, 2000, and almost 2 decades since the then-9-year-old disappeared, there's still no trace of her. Asha's parents and the authorities are still continuing their search for the girl, who would have turned 30 this year. Asha Degree's mother is still pushing to find her daughter. “After 20 years, I still believe my daughter is alive. I do not believe she is dead. And I know someone knows something," said the girl's mother, Iquilla Degree, according to The FBI. "I’m not crazy enough to think that a 9-year-old girl can disappear into thin air without somebody knowing something.”

While many may dismiss Iquilla's persistence as optimism, the authorities also share her view on the matter and still believes there are people in the area with information on her disappearance. “We strongly believe that there is someone out there that may have a piece of information that will help her,” said Cleveland County Sheriff’s Office Detective Tim Adams. Asha's disappearance has haunted Adams, who came out of retirement in 2014 to lead the department’s probe.

On that fateful day in 2000, it was her father Harold Degree, who first realized she was missing from her bedroom when he went to wake her up for school. They informed the cops at 6.30 am of her disappearance. As the news spread, the cops got tips from two people who said they had seen a girl walking along Highway 18, in the opposite direction of the Degrees’ home, at 4 in the morning. One of the informants who saw her tried to follow her but she disappeared into the woods. “That was the last time anyone had a sighting of Asha that had actually been confirmed,” said Tim Adams.

A year on from then, some construction workers working 30 miles north of the last sighting found a book bag that belonged to her. The bag contained a concert T-shirt featuring the boy band New Kids On The Block and a children’s book, McElligot’s Pool by Dr. Seuss, but they didn't belong to Asha. In 2015, the investigation was re-launched and the authorities got a lead that the fourth-grader might have boarded a dark green 1970s-model Lincoln Continental Mark IV or Ford Thunderbird with rust around the wheel wells. The FBI also published pictures of potential car models. The case has generated more than 350 leads, including 45 in the past year. FBI investigators from the Charlotte Field Office are also constantly updating their file on the fourth-grader's disappearance and combing through case files for unexplored patterns or clues.

“The fact that it was a small child that left on Valentine’s Day really caught everybody’s heart in this community,” said Detective Adams. “She’s been called Shelby’s Sweetheart, because she’s a child that’s one of our own that has gone missing, and we want to find out what happened to her.” The search for Asha Degree sparked into life after a prison inmate claimed to have knowledge of what happened to her. Marcus Mellon, a 53-year-old convicted sex offender, reportedly wrote a letter to The Star, claiming she was murdered, before stating he knew where she was buried. “Asha Degree has been missing for over 20 years," he wrote, according to Gaston Gazette. "About four months ago, I had found out her whereabouts and what had happened to her. She was killed and then buried. I do know how and what town she is in. I hope you get this letter and do come to see me. It’s on the up and up.”

Mellon has been serving 14 years in jail for sex crimes against children in Cleveland County. The authorities have been updated on Mellon's letter but haven't interrogated him on it yet due to the Coronavirus outbreak at the Alexander Correctional Institute, where he is jailed. Cleveland County Sheriff Alan Norman said Mellon will be interviewed by his department and the FBI, once the outbreak is brought under control in jail. “We treat every piece of information that we receive as good information until we prove otherwise,” added Norman. The FBI along with the National Center for Missing & Exploited Children has released age-progressed images of Asha to help potentially identify her. The FBI has also announced a $25,000 reward on top of $20,000 being offered by the Cleveland County Sheriff’s Office and the community.